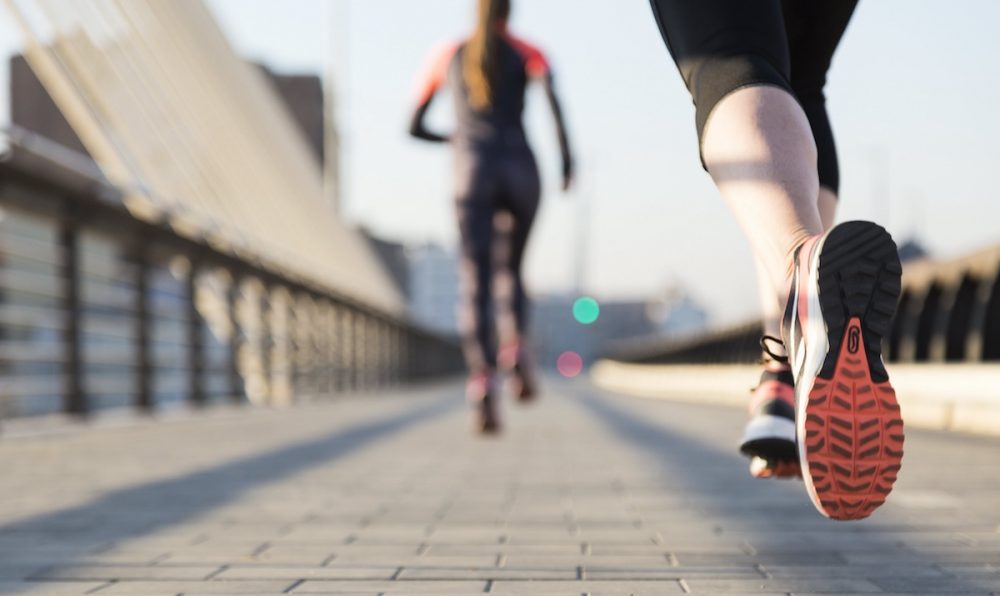 New Year Resolutions are made, and broken, every January. Can anyone even remember the lofty ideas they set themselves last year? 5k PB? Learn a new language? Give up drinking? Get better sleep?

Why do we make promises we can’t or won’t keep and call it a tradition? Well, there are some common pitfalls that you can avoid this year and hopefully, your resolutions can become new habits that actually make a difference.

Dreaming big is a wonderful idea, but when it comes to New Year resolutions, it’s the wrong place to start. It can be easy to try and take on too many new ideas that you just won’t have the energy to see through – so dreaming small might be more suitable. Whilst the term “marginal gains” has been a mantra of Team Sky, the ideas behind it can still be useful.

Supposedly marginal gains are what you look for when you’re doing all the simple things right, so if you’re the kind of guy or gal who buys a £10,000 bicycle instead of putting in extra training, then this article might save you some money. You want to find little improvements, on top of getting the basics right that might actually last through the spring.

So the first tip is to set little targets, aim small and actually achieve the resolutions you set out for yourself.

If you want to up your mileage, don’t double it and cry out for injury, apply the sensible 10% rule and try to improve a little each month of the year, not forgetting to add in downtime and recovery weeks between the building.

Equally, if you want to achieve a new PB at a distance, don’t aim to knock it in half, make a reasonable target and set about actually attaining the time you want.

You might surprise yourself and smash through your goal, but if you go huge and are just not ready come race day it can be really demoralising.

Fridtjof Nansen, one of Norway’s greatest ever explorers said: “The difficult we do immediately. The impossible takes a little longer.” You don’t have to shy away from difficult or “impossible” goals, but they need the right timeline. Patience is a virtue after all.

Next, it’s about finding help. There’s an army of New Year resolutioners out there, so team up and make it work.

If it’s just getting in some extra easy runs each week, then why not find a colleague who’ll join you at lunch or a local clubmate who’ll guilt you into getting up early a couple of times a week. Most of the time you both would opt out if it weren’t for the other, but guilt is a real motivator for an early morning run.

Set some goals with a friend and make sure you check in on them. If you organise a monthly catch up on where you are then you’ll feel the need to actually get something done and it doesn’t just work with a coach or a mentor, it can be a runner with similar aims.

A monthly run or coffee to talk about your 2018 goals and how they’re coming along will work wonders for both of you.

Another source of help in this space-age era are apps. Now I don’t mean Candy Crush, although that might be a useful tool for making you rest more, but some of the fitness apps out there.

There is a LOT of rubbish, that won’t actually help you out and will just take your money, but there are plenty of great ones for things like core workouts, training plans, or if like me one of your 2018 goals is to improve your climbing, hangboard training apps.

As well as talking you through workouts you can also get reminders and notifications of your last workout to keep you ticking along. I’m sure there’s a New Year resolution app out there too, but if there isn’t don’t steal my idea.

Ideas like mindfulness or using yoga to increase core strength can be kickstarted with an app. The chap who made the hangboard app I’m using actually has an “apnea trainer app” too that helps develop your breathing, used by divers and such, but could be beneficial to runners too for only 15 minutes, three times a week.

The last tip for New Year might not be a popular one with Richard Branson and other gym owners, but avoid them in January, at the very least.

Gym work can be a great addition to your running, but going to a public gym in the month of January will in all likelihood leave you resenting gyms for the rest of your natural born life – trust me.

Gyms actually make 98% of their profit in the month of January alone and most of those people don’t actually go there after 31st January. If your New Year resolutions involve going to the gym, either purchase your own gym (expensive) or wait until February. Even better, go on eBay in February and you’ll be able to buy some expensive gym equipment that someone has already given up on.

2018 is a New Year and new challenges await – but don’t fall short before you’ve even started. Take these tips, dream small and often, get some help and don’t go to the gym in January, it’s full of people mainly taking selfies and not actually sweating.

What do you get a runner for Christmas?
Caryl Jones & Dewi Griffiths show working long hours farming is no barrier to running success