How to be smart about setting your goals 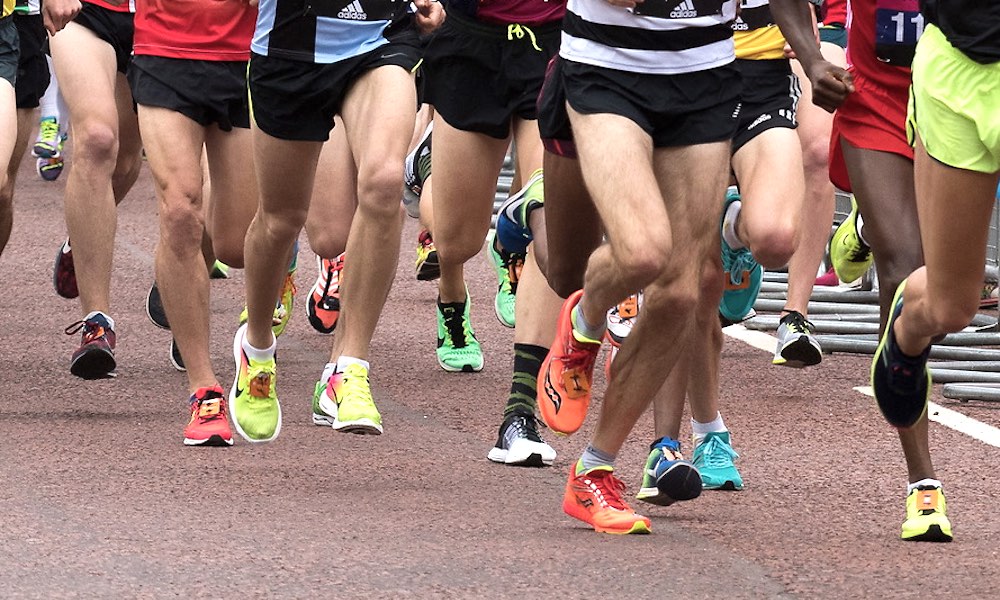 Goal setting can be an important part of being a good runner, but what are the characteristics of a good, achievable target?

It’s the New Year and everyone is setting ‘New Year, New Me’ goals. The gym is going to be packed for the next four to six weeks and 99% of the fitness industry’s income happens in January (this figure may be exaggerated).

Firstly, it’s helpful to set goals year round as and when you need to, but for the purpose of those clambering for new success in in the new year, here’s some advice on using goal setting to help improve your running.

A popular acronym is SMART goals. Specific, measurable, achievable, relevant and time based. There are other words you can fit in like “agreed upon” or “realistic” but this is the set we’re going with now. It’s just an acronym anyway and you can make it mean what you like.

Think about what you want to improve, what motivates you and what you enjoy. Trying to work on your VO2 Max might sound sexy, but is it going to get you out of bed in the morning. “Yes, I have to try harder as I want a higher VO2 Max to show the lads or gals…”

How you measure it can vary and it doesn’t just have to be time based. It could be “run more often with the club” or “get sh*t faced less often before track Tuesday”. Both could be measured, both could be achievable, which is the next one.

Setting goals beyond your capabilities can make you sad. Yes, you improved from 38 to 35 minutes in 12 months over 10k, but that doesn’t mean you can go from 35 to 32 in the next year. It doesn’t mean you can’t either, but the faster you get the harder the gains are to come by. However, setting sub 34 minutes first is still moving in the right direction and is a lot more achievable in the short term.

So how do we know if we’re aiming too high? Friends, coaches, people we meet on the street, they could all be good to ask. If one person ‘pooh poohs’ your idea, don’t just give up, but at the same time if another person says: “yes you can run 1:58 for the marathon,”- ask a few other people to ensure it is achievable.

That’s the simple one, but also a complex one. Thinking back to achievability, we might be capable of taking on the world, within the right time-scale. I personally fully intend on one day running a British record for 24hrs, but it won’t be tomorrow, or this spring or maybe even this year.

Yet what can I achieve in 12 months, that will set me on that path in a realistic time scale. Last autumn I set myself the task of running under 2:30 for the marathon, and you may have seen a blog or two on Fast Running, but it was something specific, measurable, achievable (just), relevant and time based.

It’s only one step towards my ultimate goal, but it’s moving in the right direction.

It’s been proven, by the almighty science, that a goal shared is more likely to be achieved. Also, it’s important to talk about it during and afterwards. “Feedback regarding progress is necessary for goal setting to work” according to a study from 1985 by Edwin Locke and Gary Latham. Even before I was born they knew goal setting was key to motivation.

Luckily for you, in this day and age, anyone can spout all kinds of sh*te on the internet and people feel compelled to listen/read it (see previous comments about sub 2:30 marathon). You could even hire a remote coach, agree on some goals with a set of peers or just pin it on the fridge for the whole family to see (and not really care about).

Sharing your goal and being accountable for it will help motivate you to see at it – even through the tougher times.

Actually during my marathon last December I actually took some drive, during the dark latter miles, from having shared the journey with others. It perked me up when I needed it most.

You don’t have to be SMART about it though

As much as the SMART acronym does help one ensure that key factors of goal setting, such as them being achievable and time based, it doesn’t have to be. If right now what you need is just to “enjoy my running more” or “get out when it’s dark and miserable to run with my friends” then they can be good goals too.

If you really want to make them measurable then you can just make notes in a training diary, or just a 1-10 scale of enjoyment, or a big tick every time you get out for a run during the night time. You can measure this and set targets if you like, it will help, but if it stops you setting a goal in the first place don’t worry about it.

You don’t even have to tell anyone. Although again it will help with motivation and you’ll find others in the same boat, but if it matters to you then that’s all that really matters.

Now set some goals that scare you, just a little

What are your goals this year? Let us know on Facebook and Twitter. After my own scary end of year marathon goal, I’m going for a crack at another target this spring that will lead to more long-term goals later in the year.

“Break 15 minutes for 5k at the Armagh 5k International Road Race.” Now you can decide if you think that’s achievable, but it fits the other markers. The big question is should I blog about it?

Importantly, set goals that are achievable, not only in the short term, but ultimately help you aim to achieve bigger long term goals.

In Pictures: European Cross Country Championships
The conversation and the perception of effort