How can you make treadmill running less boring? 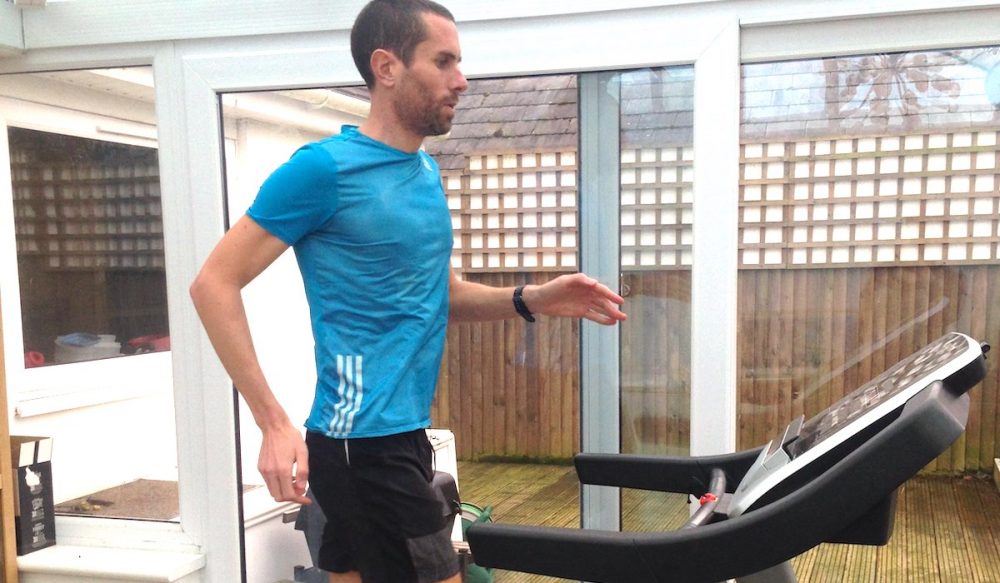 Do you enjoy the comforts of running indoors on a treadmill? Or is even the thought of the ‘dreadmill’ more off-putting than not running at all?

Plenty of runners enjoy time on a treadmill, while others only give in after exhausting all possibilities of getting outside.

Boredom is quite usually high up on the list of reasons for avoiding the treadmill, but sometimes you don’t have a choice and have to give in.

Two runners, who would prefer to be outside, but now see positives – for quite different reasons – of running on a treadmill are Steve Way and Robbie Britton. Approaching the subject from different perspectives, the pair’s advice is both useful and practical and will help ensure you make the most of your time indoors.

Way previously spoke to Fast Running and discussed how getting older as a runner has meant some changes to how he trains. One thing the 43-year-old highlighted was that running on a treadmill has helped his body withstand the high mileage he needs to do to maintain his fitness.

“The treadmill is my secret weapon,” said the 2:15 marathoner. “My body can just take a whole lot more running on the bouncy surface.”

So how does Way run high mileage on a treadmill without getting bored?

“For the easy running I can just put Netflix on and watch anything,” he says. “I’ve finished Star Trek: Next Generation for about the sixth or seventh time just now. The Big Bang Theory might be next. Just easy watch stuff.

“It has to be something you’ve seen before. Basically just something you don’t need to focus on and can have as background noise as you drift in and out of treadmill consciousness.”

From that advice then, avoid any tv shows like 12 Monkeys, with its constant jumps in time and plot twists. Go for something like Family Guy and it will keep you ticking over for miles and miles.

Technology has also advanced in recent years to help treadmill running become a bit less of a chore and more fun.

The latest development has come from Zwift, the company that has already revolutionised indoor cycling. Zwift’s platform has connected half a million cyclists worldwide to socialise, train and race up fictional mountains and now the company aims to replicate its success in the running world. 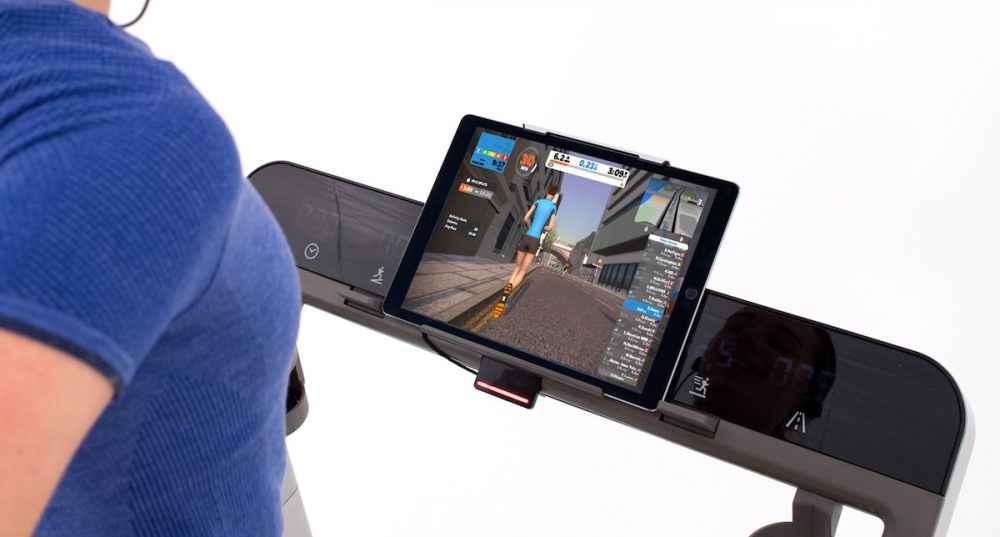 Zwift Run launched in 2018 and Way, an early adopter of the tech, speaks positively about the platform for those easy miles.

“As a former gamer it’s a great mix of my two favourite things – computer games and running,” he says. “It’s brilliant for the social runs and easy stuff. I think it’s a great addition to treadmill running.”

For tougher sessions Way likes to keep it simple and the motivation to getting the job done all he needs.

“For them, the focus on the session is enough,” he explains. “If I need any motivation, its some tunes and putting in really hard work. There is nothing better than falling off the back of the treadmill exhausted.”

Although it’s not advisable to literally fall off the back, without a crash mat, the feeling Way describes is a beautiful one. When you have a set pace to hit in training, the treadmill can make sure you don’t start off to fast and ensures you know just how hard to work to achieve your goals when flagging.

The Bournemouth AC athlete still turns up on their legendary Wednesday marathon sessions, you can’t eliminate road running altogether but it’s certainly a way to support any high mileage running.

“I see them as free miles”, he says. “It’s still cross training for road running, but it’s as close as you can get as they just don’t have the impact the road has on my legs.”

What does Britton say?

The British 24hr and aspiring mountain ultra runner spends a huge part of winter in Chamonix, where his outdoor running options are pretty limited due to the snow and ice.

“I love taking advantage of the winter to get out on cross country skis or go ski-mountaineering, but it’s good to get some running in periodically,” says Britton. “Treadmill running can be great if it’s icy outside or I see over a metre of snow out of the window.

“You might be able to do a fun, yet still rewarding ‘run’ in the snow, but the style is very different to what I’ll be racing in the summer.”

While Way can get through running a lot of mileage on a treadmill with Netflix and other distractions, Britton can’t.

“Mentally I can’t stand easy runs on a treadmill, even with the power of Netflix, but I haven’t tried Zwift yet, so might be an option to try,” he says. “For me though I do enjoy harder sessions on the treadmill.

“Say you set yourself 6 x 3 minutes or 3 x 10 minutes, it’s naturally broken down for you. You just have to focus on getting through that interval and then you can enjoy the rest. Sometimes I’ll jump off and leave the belt running, other times I’ll slow it down for active recovery.”

Replicating a course on a treadmill

Specificity is also something that a treadmill can bring. If you’re training for a race with hills, like Boston marathon or Comrades ultra marathon in South Africa, then you can match the gradient and race day speed in your training exactly.

“They say you need to add 1% just to make it equivalent to running outside, but you can go much further than that if you know what hills you’ll be racing” states Britton.

For Way, he takes the replication of racing conditions on a treadmill to another level. The 56 mile Comrades alternates direction each year can mean it can an uphill or a downhill year. Both require different types of training and have a few main hills that can be testing.

“In 2017, it was an up year and I replicated the five main hills on a treadmill program exactly over a 24-mile session,” the ninth-place finisher that year explains. “I even had the conservatory all locked up on a sunny day to make it more akin to May in South Africa.

“Polly Shortts [a famous Comrades hill] actually felt harder on the treadmill. This year it’s net downhill so I’ve got a treadmill [Nordictrack 2450] which allows you to run downhill too. It’s mainly easy downhill work I’m doing, just conditioning the legs for the hard downhill miles come May.

“Runners like Haile Gebrselassie and Alberto Salazar did a lot of training on treadmills as their careers went one. I think I read somewhere that Alberto did 90% of his Comrades training on a treadmill and he won the race.”

So don’t be afraid to get on the treadmill or see it as a punishment. It can be a solid substitute for road running and even add elements that you can’t find outside.