Hoka One One Clifton 6 review 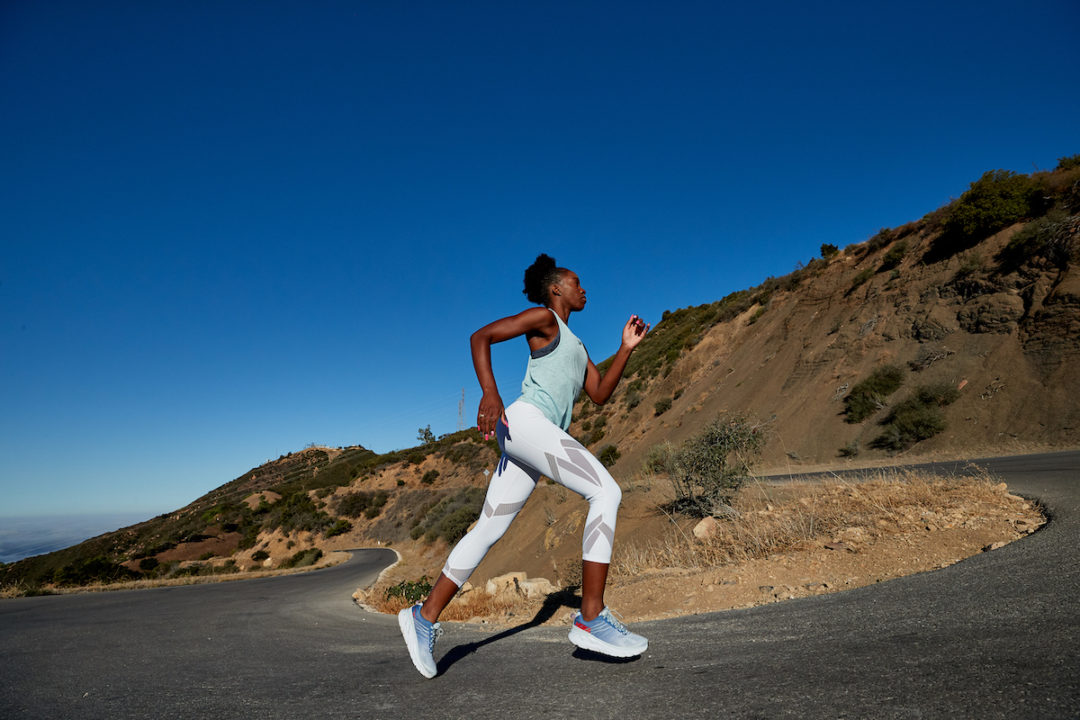 Fast Running’s Gill Bland is no stranger to marathon training and all those miles were put to good use to test out the Hoka Clifton 6 for our readers.

The shoes for this review were provided to the runner by Hoka One One but this is not a paid advertisement.

The key design feature of the Hoka ONE ONE Clifton 6 is that it has a super-cushioned maximal sole whilst not sacrificing weight. At only 216 grams the women’s version is considerably lighter than a Nike Pegasus (227g) and perhaps more comparably, the cushioned Adidas Ultraboost (269g).

Now in it’s sixth iteration the Clifton had been recommended to me many times by trail-running buddies who were superfans of their offroad shoe the Speedgoat, so I was intrigued to see what this shoe had to offer. With the standard Hoka low heel to toe drop of 5mm (vs 10mm on the Pegasus and Ultraboost) and maximal sole I was unsure what to use them for when they arrived.

Testing in the ups and downs of marathon training

I was in the middle of marathon training and needed something to change the monotony of mid-block long runs so straightaway I took them for a spin on a marathon-pace long run.

Sadly, that run was one of the hardest ones of the cycle and I was left confused and wondering if I just wasn’t made for the low-drop. I was scared of the cushioning, fearing that it was sapping the pace from me.

As it happened, that run was just part of a rough patch and nothing to do with the shoes. Having finished the marathon season and with my feet feeling in need of some love I slipped on the Cliftons again and oh-my, it felt like someone was giving my feet a hug. I did recovery runs up hills and commutes to work with a heavy laptop-filled back and then Cliftons caressed my feet all the way. The energy return from the soles is still good, but the main takeaway for me was that they felt like running on marshmallows. I wouldn’t race in these as I do prefer to feel the push-off from the ground more in that situation, but I’m sure you could race a half or full marathon in them given their slightness.

If you’re already a Hoka convert, but after a bit more pace though I’d suggest trying the meta-rocker magic of the Carbon X (still being reviewed) or the super-light Rincon which weighs in at just 179g.

Got to look good

The colour design of the Clifton 6 is understated and sleek. I’m not a huge fan of the way the shape of the shoe looks but in the moonlight blue version this is definitely offset by the smart, graded blue-white shading with just a flash of red from the Hoka logo and the heel tag.

The heel tag itself is a clever little touch. Because the upper is so light and flexible it could be quite hard to slip your feet into them. With the addition of the heel tag that issue is solved. It also stops idiots like me breaking the heels by taking them off in a lazy manner!

While others have commented in the past that Cliftons can be on the narrow side, I found the toe box to give plenty of room. One concern I had about the amount of cushioning was that when running in the rain it would feel like soggy sponges under my feet. However, I didn’t have any problems with waterlogging. These shoes hold your feet in place and yet they do so without ever feeling restrictive.

These shoes are ideal for solid, big mileage or for easy shorter miles when you’re in the midst of a big block and want to look after those aching arches. Speed is slightly sacrificed for ultimate comfort, so I’d consider my session and chose the Clifton 6 on the relevant day. They could also make an excellent shoe to start building mileage in if you’re new to longer distances.