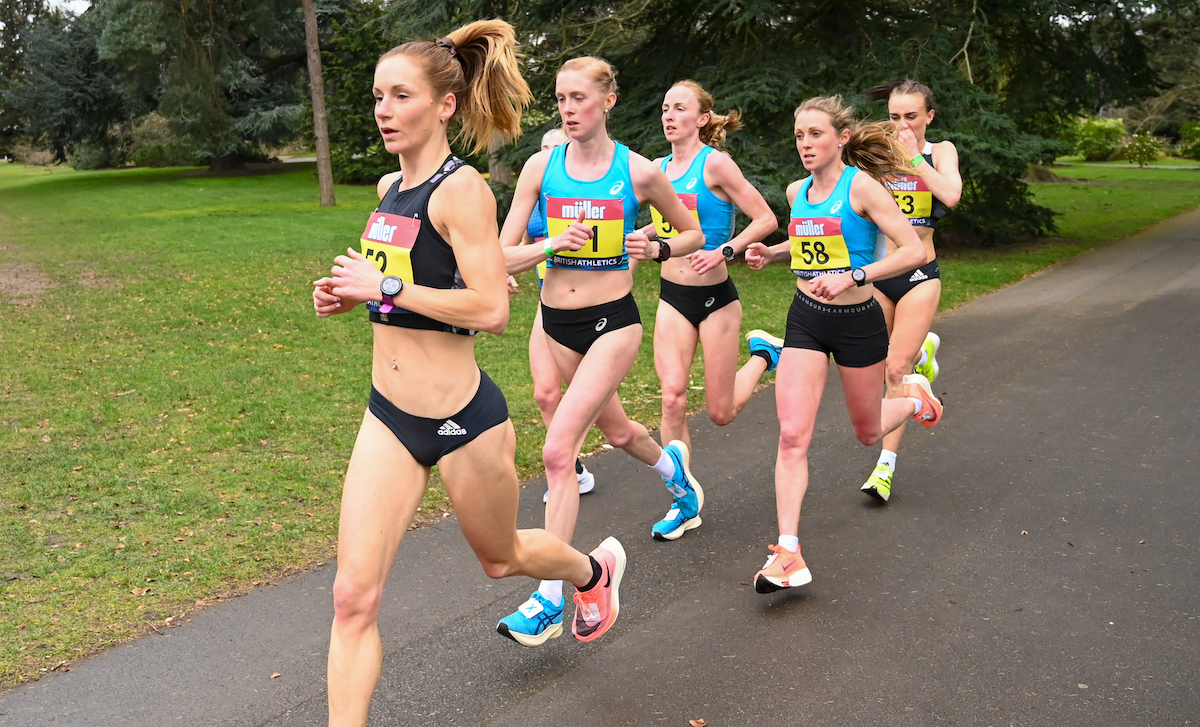 In the first article in the series, coach Vince Wilson explained how he has adapted Canova’s principles around progression running with the work which he does with Team GB’s Sam Harrison. To reiterate, the purpose of this series of articles is not to give a detailed account of the famed Italian Renato Canova’s approach to periodisation.

Those who want to understand his approach to the ‘General’, ‘Fundamental’ and ‘Specific’ stages should consult Arceli and Canova (1999).

The second piece in the series explores the work of the British Milers’ Club Coach of the Year for 2021, Phil Kissi, and his work with two international athletes, namely Steph Davis and Rose Harvey in the context of one specific aspect of Canova’s (1999) philosophy- what he termed ‘Special Block Training’.

Davis of course qualified for the Olympic Games with a brilliant win in the trials at Kew Gardens (2hr27m16s) in March last year and five months later she finished a highly creditable 39th and was first Brit home in Tokyo. Training companion Harvey made her debut for England in 2021 and ran a fine 2hr29m45s to place 15th in last October’s London marathon.

Attention now turns to the notion of ‘’Special Blocks’ which Canova himself has seen as an evolution rather than a departure from the traditional progression runs which were unpicked in our previous piece.

Canova (1999: 50) has articulated that, “Another type of progressive run is the soc-called Special Block; the athlete is required to perform the same exercise twice in the same day, once in the morning and then in the afternoon”.

This is more than just simply doing ‘double days’ (see Long and James, 2015) of which there are obvious benefits in terms of being able to effect more volume.

Rather Canova’s approach is positivist in the sense that it adheres to the numerical and the quantifiable and this he suggests that the first component of both the morning and evening sessions should be effected at between 85-90% of marathon speed and the second component of each session, which is recommended to total between 10-15km in volume, should be performed at equal to or slightly faster than marathon speed. As an example of (a) he cites the work of Maria Curatolo, who won individual silver and team gold in the marathon at the 1994 European championships in Helsinki. A morning session which she effected consisted of back to back 10k runs in 39 mins and 33 mins respectively. Her afternoon session was a continuous 10k covered in 40 mins followed immediately by 10 x 1k (2 mins recovery) where she averaged 3m11s per km split.

So for Canova, the ethos behind the second component of each run, whether morning or evening is that it is undertaken at 105-110% of marathon speed. As an example of the ‘Extensive-Intensive’, Canova cites the experience of Davide Milesi who placed 3rd in the World Cup marathon in Athens back in 1995.

Shortly before this success he undertook both morning of evening sessions of 10km completed in 34 mins, immediately followed by 15km in 46 mins. For Canova, the principle of this mode of session is that the second component is run at marathon race speed itself.

As an example of ‘Extensive Special Blocking’, Canova cites 1955 World marathon bronze medallist, Ornella Ferrara, whose morning and evening sessions would consist of 15 mins easy running followed immediately by 24km continuously averaging 3m35s per km split. The principle behind this mode of run is that the second part is effected at just below marathon race pace- 98% ideally for Canova.

So what does the above mean for the pragmatic coach of the twenty-first century? The forementioned Phil Kissi picks up the baton at this point.

Ever the realist Phil is quick to acknowledge that, “Unless you are a full time athlete you cannot simply follow what Canova advocates”. He does however stress that the principle of working double days is something, “which many coaches I know have experimented with for their athletes at weekends”. Phil acknowledges that whilst Steph David and Rose Harvey could in theory double day as Canova suggests, that their decision to do so only sparingly is as much to do with the type of endurance athletes that they are as much as lifestyle choices.

In a previous article (see Long, 2021a), the Blackheath & Bromley and Clapham Chasers coach articulated that his approach has been to “minimize volume on the road ”for Steph, due to his awareness that she could incur hip, achilles, hamstring or IT band injuries if her mileage exceeds her robustness to cope with it.

Similarly Harvey has previously recounted in these pages (see Long, 2021b) that she does not like to exceed her so-called ‘sweet spot’ of around 70 miles a week and both she and Davis are advocates of cross training with the use of both cycling and swimming.

In the context of the above, Phil extends the debate to talking about other world class athletes arguing that, “How you apply Canova’s work on blocking depends on whether you are a low mileage or high mileage marathon runner.

Let’s take someone like Duncan Kibet who ran 2:04 in Rotterdam back in 2009. He’s a relatively low milage runner who sometimes only covers 80 miles a week, whereas someone like Robert Kipkoetch Cheruiyot, who won Boston 5 times can get up to 150 miles a week at the other end of the spectrum. The point in terms of blocking is whilst Kibet will do something like 60% of his work at marathon pace, Cheruiyot on the other hand will only be able to do around 40% of his total volume at marathon race pace”.

This suggests that Kibet may be the sort of athlete who would benefit from Intensive-Extensive and Extensive-Intensive modes of session because they are effected at faster than marathon pace or marathon pace itself.

Likewise Davis and Harvey may be inclined to follow suit given their being relatively low mileage athletes The likes of Cheruiyot, alternatively, would be inclined to favour Extensive Special blocking because it is slightly slower than marathon pace and allows him to maintain a considerably larger volume of work than Kibet.

Phil is adamant that if one read’s Canova’s work according to the spirit in which it conveys rather than taking his work as prescription you can modify the practice whilst remaining faithful to the ideology.

He points out that, “When I worked with Katy Ann-McDonald who ran in the World Junior Championships over 800m in 2018 we adapted the principle of special blocking to get her used to running championship rounds. For me you can do double days of (a) endurance only; (b) endurance and speed and then (c) two pure speed endurance sessions”. So what Phil is suggesting is to be guided by Canova’s notions of ‘intensity’ and ‘extensivity’ but not to be bagged down by the maths.

Phil offers a cautionary note for those of you planning to embark on adopting some of Canova’s principles on special block training and stresses that, “You’ve got to make sure that after every 3 or 4 hard weeks you through an easy week in there for the purposes of recovery and regeneration otherwise trying to do sessions twice daily is simply too tiring”.

Of course one should progressively overload the system building gradually over months and years from one double day per microcycle to two and then perhaps three in order both to maximise the adaptations from training whilst minimising injury risks.

This leaves us with the following questions for self-reflection

1. Do I consider myself to be a high or relatively low mileage endurance athlete?
2. When does my lifestyle allow for the potential to undertake double days of training?
3. Which modes of special blocking suit my development needs as an endurance athletes?
4. How does the way in which I apply blocking fit in to my wider periodised plan of training?