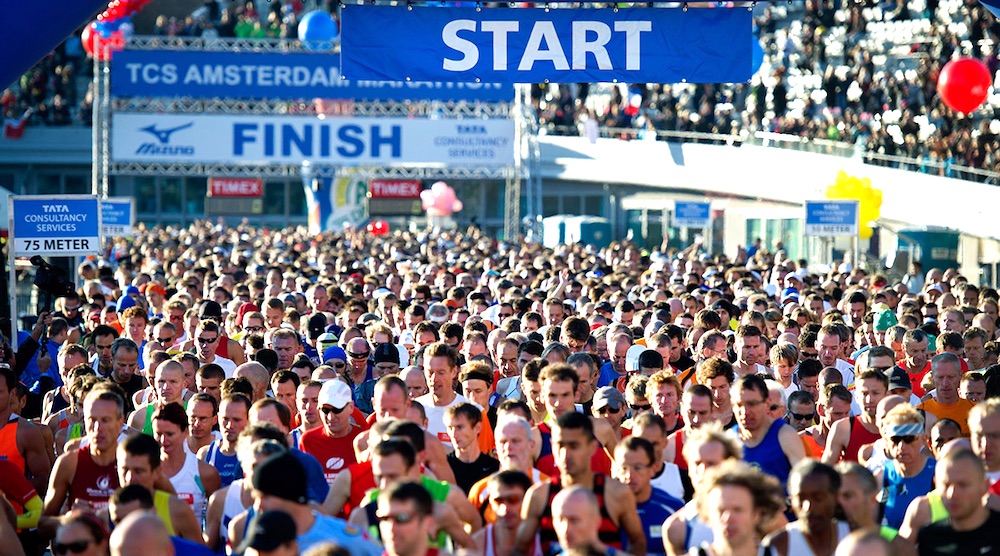 Most marathon runners know the big autumn races; Berlin, Chicago and Dublin, and if you have been training for any of them you would have signed up at the start of the year or before.

But if you missed out on one of these big marathons or you are a last minute runner, here are five marathon races this autumn that you can still sign up for.

Regarded as one of the fastest marathons in Europe, the Amsterdam Marathon program of events attracts more than 20,000 people to the Dutch city every year. The 2016 marathon race was won in 2:05.21. If the 26.2 miles isn’t for you there is also a half marathon and 8K. You can also make it a family weekend with the kids run.

The Brussels Marathon is a more difficult marathon, but if you want a challenging course it’s the one for you. In 2016 the winning time was 2:16:51 and there is also a half marathon.

Since its started in 2002, the Loch Ness Marathon has quickly become one of the UK’s favourite marathons.  The 26.2 mile route takes in the beautiful Highland scenery and the shores of Loch Ness. There is also a 10K race.

Now part of the Rock ‘n’ Roll series of races, the Lisbon Marathon attracts thousands of runners each year. It is fast course but it is a point-to-point race, so the start and finish lines are in different locations. There is also a half marathon race.

The organisers describe the Venice Marathon as spectacular, and they’re not wrong. The race is flat and fast and the route takes in some magnificent parts of the city. The marathon was first organised in 1986 and there is also a 10K race.

Entries close: Still open, but will close when it sells out, which will be soon.

How to run faster: 5 simple tips
How to Beat ‘The Wall’ in a Marathon