Causes of IT Band Syndrome and exercises to treat it 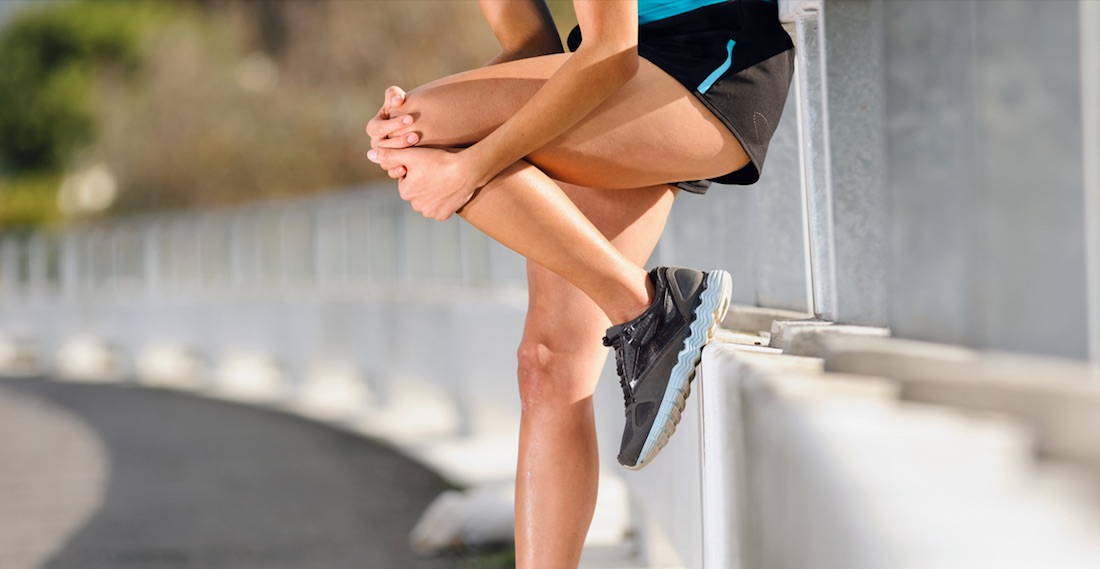 IT Band Syndrome, (Illiotibial band syndrome) is a common injury among runners and it can be stubborn to get over. In the most serious of cases it can keep you from running for weeks on end.

The illiotibial band itself is a thick piece of connective tissue that runs down from the hip over the thigh bone to the knee. The main role of the IT band is to stabilise and move the knee, and when it is under stress, as in running, knee movement is painful.

Pain from IT Band Syndrome is usually felt on the outside of the knee and swelling may also be present.

It is usually the result of excessive hip and pelvis movement that causes the knees to turn inwards when running or simply walking, which forces the IT band to pull away from the knee.

The most common reason for the excessive movement is a lack of strength in the glute muscles and pelvis area, and it affects all runners from beginners to the experienced.

The two main glute muscles, the gluteus maximus and gluteus medium have a major say in the stabilisation and control of your legs when running.

Other reasons for this unfavourable hip and pelvis movement include running in worn-out shoes, running too many miles or running downhill too often.

Runners will often try to treat this injury themselves, by either icing the outside of knee, foam rolling the IT band, or stretching the IT band, but most who have tried these do-it-yourself treatments soon see the injury flare up again.

Because IT Band Syndrome is caused by excessive movement of the hips and pelvis it is a biomechanical problem and not an inflammation injury, so icing won’t fix it. Likewise it’s not related to a tight muscle, so foam rolling and stretching won’t make a difference and could actually do more harm than good.

So how do you fix it?

The best way to treat IT band Syndrome is by strengthening the hip and glute muscles, the area’s that support the area feeling the impact and rotational force when running.

It won’t be a quick fix overnight but there are a series of exercises that when done regularly will strengthen the muscles that control the movement of the hips and pelvis. As a result of strengthening these muscles the IT band on either leg won’t be pulled away from the hip, leading to better running form and addressing the biomechanical issues present.

Below are five strengthening exercises that will specifically treat IT Band Syndrome and get you back running without any future problems.

Begin by lying on your left side with your two together and your knees bent at a 90 degree angle. Lift your right leg up from the knee in a controlled manner by engaging your upper glute muscle, and aim to keep your spine and pelvis neutral during the movement.

Perform the exercise 15 to 25 times, then move to the other side and repeat. Do each side three times.

Advanced version: loop a resistance band around your thighs just above your knee.

Begin by lying on your left side and lift your right leg up to slowly to a 45 degree angle, then lower back down in a controlled fashion. Ensure the pelvis remains straight in a neutral position throughout.

Perform the exercise 15 to 25 times, then move to the other side and repeat. Do each side three times.

Advanced version: add a resistance band of medium strength around your ankles.

Repeat this exercise three times each side.

Advanced version: add a resistance band of medium strength around your ankles.

Begin by lying on one side with your feet on an elevated surface, such as a chair or bench which is 30cm from the floor. Pushing down on your foot that is touching the surface, lift your torso by engaging your hip muscles while maintaining a stable spine.

Return to the starting position and repeat 15 to 25 times.

Start by lying on your back and with your feet planted to the floor. Push your shoulders back so your weight spread between your upper back and your feet, keep your arms at your sides. Lower your waist, almost touching the floor and keep your pelvis stable. Hold for a second and thrust your waist upward by engaging your glutes, at the same time drive your heels into the floor.

Perform this exercise 15 to 25 times, rest for a minute a repeat three times.

Advanced version: perform this exercise on a single leg. To do this lift one leg so all your weight is on one leg and your upper back.