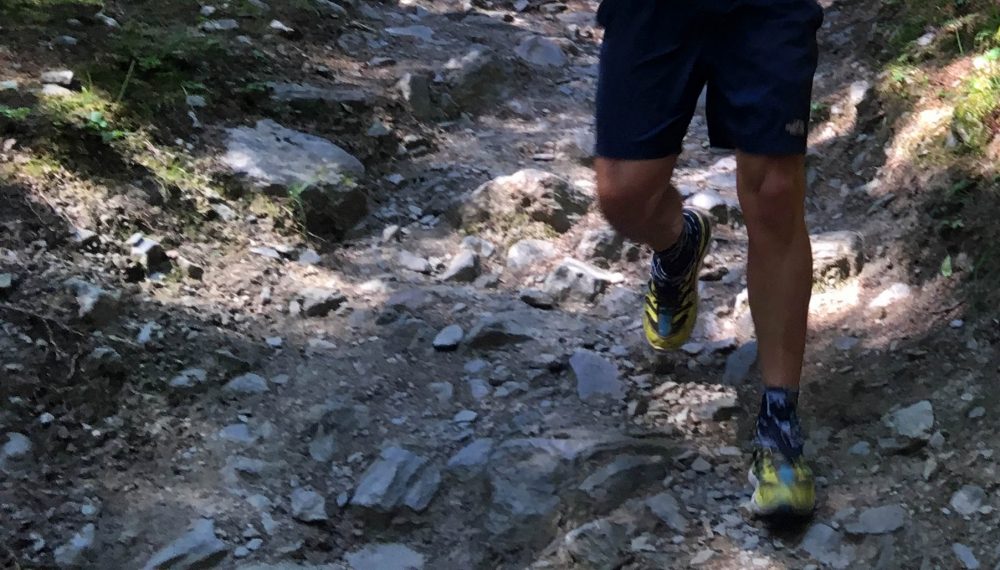 A new study shows runners in maximal shoes are potentially more at risk of injury compared to those running in neutral shoes.

The article published in the Orthopaedic Sports Journal (June 7 2018) looked at the influence of maximal shoes on biomechanics before and after a 5km time trial. The study was conducted on 15 female runners in the USA.

Researchers from the University of Oregon, led by Dr. Christine D. Pollard, undertook the study in lab conditions. They took 3D kinematic and kinetic data while participants ran along a 10m runway before and after their 5km time trial.

What they discovered was when runners wore maximal cushioned shoes they actually increased the load going through their body. As conceptually the increase in cushioning should absorb some of the stick to the body, athletes actually hit the ground harder in maximal trainers.

It is for similar reasons why boxing headgear has been removed from the Olympics. An AIBA Study found that referees were stopping fights more often for head injuries when boxers were wearing protective headwear. Boxers became more cavalier in protecting their heads.

Additionally, the small amount of foam in the headgear wasn’t really protecting from the truly damaging punches, but those on the receiving end were seemingly happier to take the blow to the skull. Could it be similar with maximal running shoes?

Brands like Hoka One One and Altra have been popular for years within the world of ultra running but they are also now becoming more and more common within road marathon and shorter distance events.

Are we avoiding damage or masking pain?

One reason athletes use the maximal shoes is to alleviate pain during the later stages of races. Running on big clouds make it easier to keep going when things get tough. But could the pain being alleviated just be on the soles of the feet? Maybe the muscles are taking a bigger hit with each stride.

Further research is certainly needed but the study did advise that those coming into running could raise their chance of lower limb injury in maximal shoes. Muscles not used to the loading associated with running are suddenly hit with larger loads than in a neutral shoe.

As in all walks of life, variability is healthy. Athletes that wear solely minimal shoes or solely maximal shoes open themselves up to issues. Progression is important too. Changing from one style to another suddenly can cause injuries. Ease into any big changes.

Ultimately it is a very individual. Depending on running style, genetics, body type, race goals, experience and a whole host of other factors, we could all benefit or be affected by different shoes.

Fast Running training editor Robbie Britton said: “All types of shoes have a place and I work with a range of athletes who cover the whole spectrum.

“I really have a mixture of trainers and changes shoes from run to run. This can depend on the terrain, type of session, weather and a whole host of other factors.”

It’s really worth thinking about. Just examine how you run differently in maximal or neutral shoes and it might be interesting food for thought. For a more professional opinion, you might visit specialists like those at Profeet Custom Sports Lab in London.