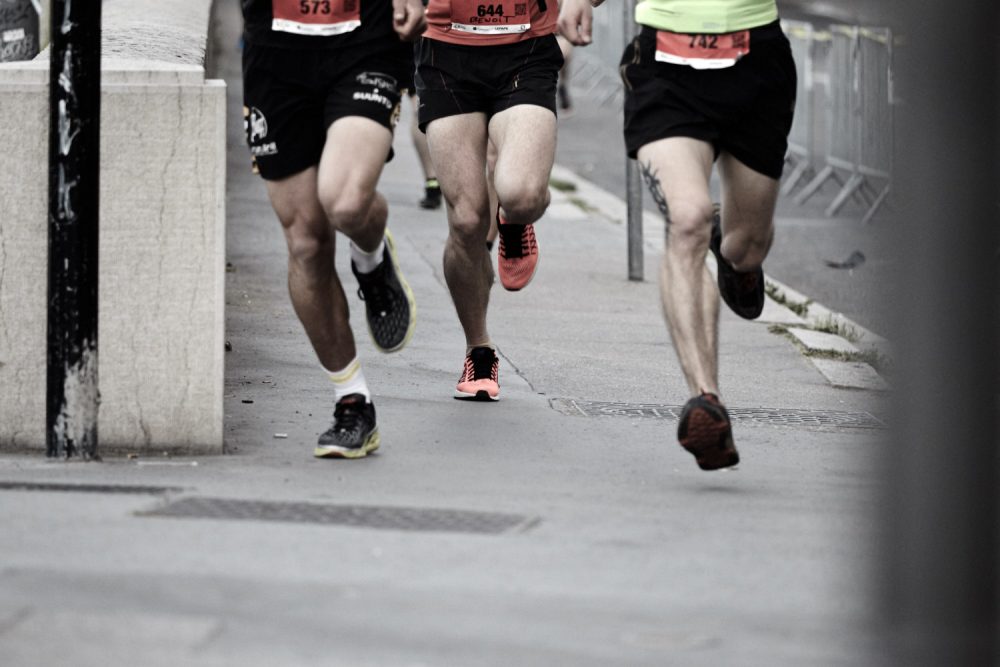 Cadence is simply the number of footfalls a runner takes in a minute and 180 steps is quite often the figure recommended – but is it really just that simple?

Fast Running spoke with the Profeet Sports Lab manager Dan Cracknell, who has a degree in Injury Rehabilitation and Profeet Technician Marthe Solberg, who has a Sports Science degree with Biomechanics. They seemed like sensible people to ask.

“Cadence is a simple way to adjust running form as it is the easiest gait parameter to assess and adapt,” was Dan’s opening gambit.

“Cadence itself, isn’t bad or good but the effects it has on other parameters more closely linked to injury or performance make it worth looking at, such as braking force, ground contact time and vertical displacement/force.”

This isn’t just a free improvement though, Marthe warns, as “in modifying cadence, the body needs to adapt to those demands often requiring greater mobility and strength to maintain form. Upping cadence by as little as 5 steps per minute will result in dramatically increased workload initially, so you will need to modify your overall training load.”

So what should you be running? Is there a correct cadence you can tell us right now?

“It’s not that simple,” is Dan’s response. “As speed, leg length, braking force, terrain and race distance might all have an effect on your cadence and the optimal cadence for the occasion.” Which isn’t really surprising given how different all runners can be.

“Cadence increases with speed and is related to stride length – As it increases with pace, you shouldn’t aim for the same cadence at varied paces. 180 steps per minute is only an average.” A 2005 study found that it was also dependent on leg length and total height which differs individually.

So should we be looking at our cadence? Can it help us improve? “It could help if you’re getting injured as cadence is linked to contact time,” says Marthe. “The longer your foot is in contact with the ground the more strain the surrounding tissues will experience in workload. Hence upping the cadence and lowering contact time could be beneficial to prevent injury.”

Depending on what you’re preparing for, it might be worth investigating and there are plenty of ways to do this, as many GPS watches will tell you what your cadence average is for any given run.

If you’re trotting along the road then expect something different when you’re off on a fell run, but even just being aware of the figures can help.

Commonality doesn’t always equal causation. If we had a competition to find the best baker in the world and the top ten were all over six foot tall it doesn’t mean their height is why they make good cakes. It could be a factor, the same as cadence could be a factor in elite running, but it’s likely that it’s one of a number of reasons and might not be the same for everyone.

How can you improve efficiency?

At Profeet Sports Lab there is a 3D Motion Lab that looks at a range of parameters to assess your running efficiency and I have been tested there on several occasions, taking advice on board and working with my physio to try and improve overall efficiency over time (and post a knee operation).

Cadence wasn’t something we looked at changing, as a 24hr runner it’s often around 175-180 at my race pace for the flat stuff, but it varies differently when on the mountains, trails, rocks and snow that make up a lot of ultra running playgrounds.

Dan and Marthe both stressed that cadence is just one factor that could affect efficiency and injury risk. The pair pointed out to one example from a study led by Bryan Heiderscheit in 2011, that indicated that an increased cadence could lower injury risk.

There’s no simple answer to this question, however. You can’t just give the magic number a go and test, but it is something worth investigating. Use your GPS watch or time yourself for a minute around a track or on a treadmill to give an idea and try some experimenting.

When starting as an ultra runner I measured a one-mile section, wore a HR strap and tested just what effort it was taking to cover that mile at a set speed, trying to change things like stride length and cadence to see the benefits. It wasn’t the most scientific of experiments, but now I run for Great Britain so that could well be a contributing reason?

If you do want to try an increase your cadence it has been recommended to use a metronome (you can get one on your phone or watch these days, you don’t have to steal one from a piano teacher) or listening to music that beats at the same rate, such as “Livin’ La Vida Loca” by Ricky Martin. What a tune.

Ultimately you need to find out what works for you, do some experimenting and maybe talk to a few experts.

Has technology in running gone too far?
Marathon running not so bad for knees and hips