4 common overuse running injuries & how to fix them 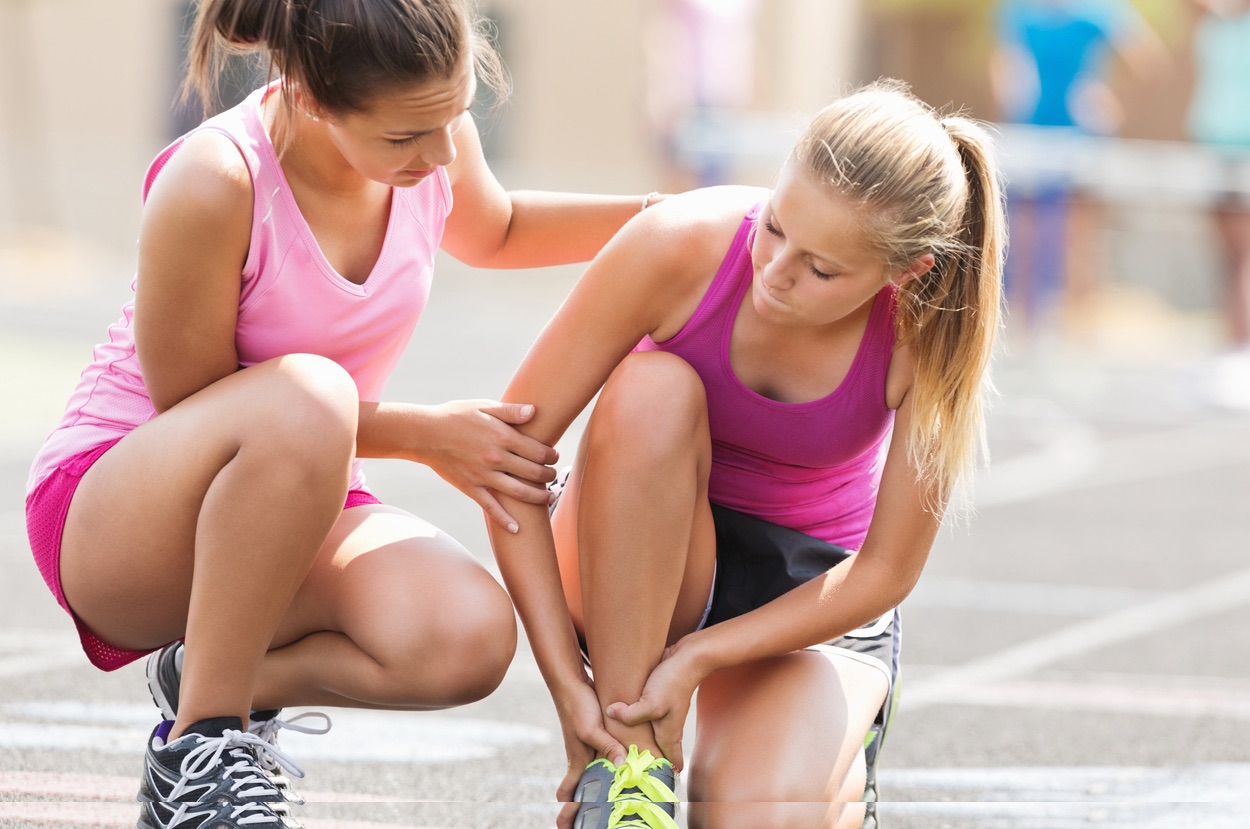 Unfortunately, most runners will have had an encounter with one of these four common overuse running injuries, and possibly even know an unlucky fellow runner, who has been the victim of quite a few.

Overuse injuries are caused by persistent levels of stress on a certain area of the body, and commonly happen due to an increases in running mileage and changes in intensity.

There are a few preventive measures that can be taken which will help minimise the possibility of picking up an overuse injury.

A few simple preventive measures, that can help you avoid injury include; only increase your running mileage gradually, running on softer surfaces, such as trails, track or grass, and taking the time to warm up and cool down before running.

Unfortunately, even after adapting preventative measures there is no sure fix to completely avoiding an overuse injury, but below the four most common overuse injuries are listed and advice on what you can do if one does appear.

The iliotibial band, commonly known as the IT band is a band of tissue that helps to keep the knee joint stable. It runs from the hip, extending around the knee to the lower leg. When running the IT band shifts between the front and back of the knee rubbing over a bony prominence near the knee, and this is what causes the band to become irritated.

ITB friction syndrome occurs when the band becomes irritated as it rubs over a bony prominence near the knee.

When the symptoms first appear, reduce your the intensity and mileage of your runs, and move to running on a softer surface. Excessive ankle pronation can also be a cause of ITB issues, so do inspect your running shoes, and replace them if they have begun to war on the outside.

This injury involves irritation along the soft tissue band that runs along the base of the foot, known as the plantar fasciia. It is the result of stress and inflammation, and commonly appears as pain in front of the heel, which can move up to the back of the heel.

Plantar fasciitis is usually at its worst first thing, after getting up. During running the pain is present at the beginning, but can lessen as the run progresses.

Initial attempts should be made to reduce the inflammation with ice or anti-inflammatory drugs, before moving onto stretches specially targeting the plantar fascia and calf muscles. These include heel rolls over a tennis ball or golf ball. If discomfort still persists after this treatment try wearing a strasboug sock while sleeping, which is designed to keep tension on the plantar fascia tissue so it heals in a stretched position at night.

For further information on the Strassburg Sock watch the video below

Pain below the kneecap, that tends to get gradually worse during a run is commonly referred to as ‘runner’s knee’. This injury is usually first caused by biomechanical problems, such as over-pronation. When this is combined with wearing incorrect running shoes or increases in running mileage or intensity, it results in bruising near the bottom of the kneecap.

Firstly do seek medical advice from your physio or sports doctor if the symptoms of the injury appear. Reduce your running mileage, and avoid hills.

Once properly diagnosed, runner’s knee can be corrected by addressing the root biomechanical problems that caused it. Ice and anti-inflammatory drugs may be advised by the physio or sports doctor, and physical therapy focused on flexibility could be enough to lessen the pain.

If it is more serious, your physio or sports doctor should consult with, or advise you to visit a podiatrist, who can supply you with tailor-made orthotic insoles to help correct the biomechanical problems.

Although there has been little research linking orthotics to injury prevention, research shows that four out of five runners with runner’s knee, can see great improvement with the use of orthotic insoles.

The Achilles tendon is situated at the back of the heel, and connects the calf muscles to the heel.

Achilles tendonitis, is a common running injury that first appears as an inflammation, and if not properly addressed straight away can develop into a more serious rupture of the tendon. It is usually brought on by tight calf muscles, overtraining, and over-pronation.

Stiffness along the back the the ankle when you first get out of bed is a common symptom.

Initially to address the symptoms, the reduction of running mileage and intensity, avoiding hills, moving to a softer running surface, and icing after runs is key.

A good strengthening exercise that can be performed involves standing on the edge of a step and slowly lowering your heel before bring it back up – perform this ten times, on three occasions throughout the day.

If the injury is still present after this, complete rest, and a consultation with a physio or sports doctor may be needed.