Tattoos may impact your ability to sweat 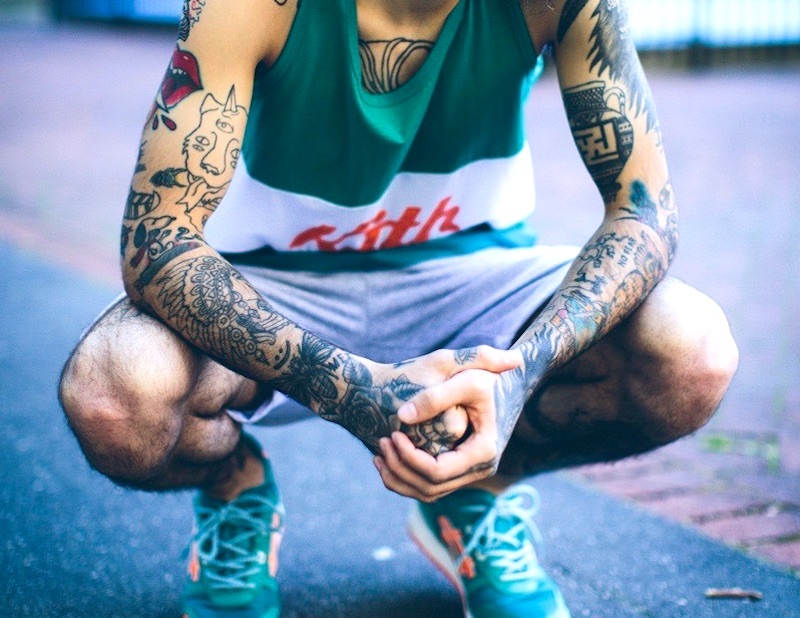 The study indicates that sweating, the body’s primary mechanism to cool itself, could be compromised when large parts of the skin are tattooed.

Tattoos have increased in popularity in recent years and it seems in sports, including running and athletics, tattoos are becoming ever more prevalent.

One anecdotal report indicated that 53% of all NBA basketball players during the 2015 to 2016 season were tattooed and that for two NBA teams, the Cleveland Cavaliers and the Houston Rockets, these numbers were as high as 3 out of every 4 players.

The tattooing process involves puncturing the skin with needles that contain a dye that is released and deposited 3-5 mm below the skin surface into the dermal layer.

This dermal layer also contains sweat glands which are responsible for secreting fluids and play an important role in thermoregulation, the process that allows your body to maintain its core internal temperature.

It is, therefore, reasonable to question whether tattoos interfere with the normal sweat response.

In the study, investigators recruited 10 individuals with tattoos on one side of their body. They measured sweat rate and sweat composition (sodium) in an area that was tattooed and they did the same on the other side of the body without a tattoo.

The results showed a lower sweat rate (53% lower) and a higher sweat sodium concentration (64%) from tattooed versus non-tattooed skin.

This suggests that not only is sweat rate compromised, but also that sodium re-absorption is impaired, indicating that tattoos do interfere with a normal sweating response. The authors also commented that these effects were not related to the age of the tattoo. 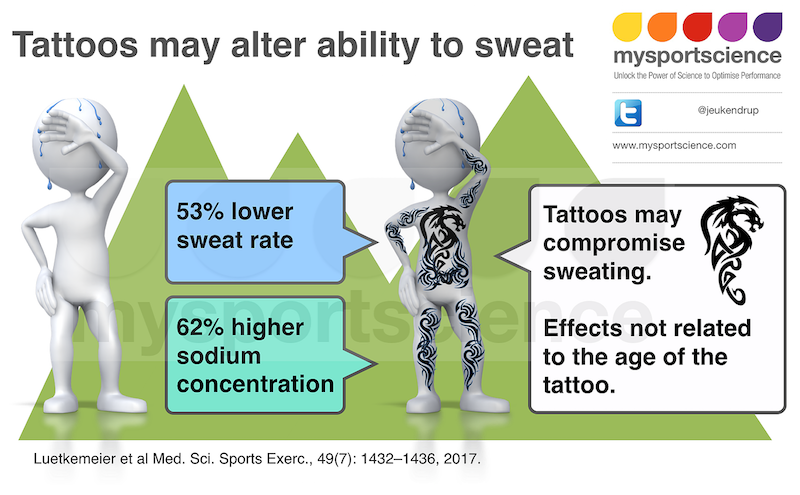 So what is the practical relevance? Should athletes avoid tattoos to maintain their ability to thermoregulate? It is probably too early to draw that conclusion and the answer is very likely: “it depends”.

It most likely depends on how much skin has been covered with tattoos.

For now, it is probably advisable that if you are considering tattoos that cover large parts of the body, to realise that this may have an impact on thermoregulation and potentially performance, especially in hot conditions.