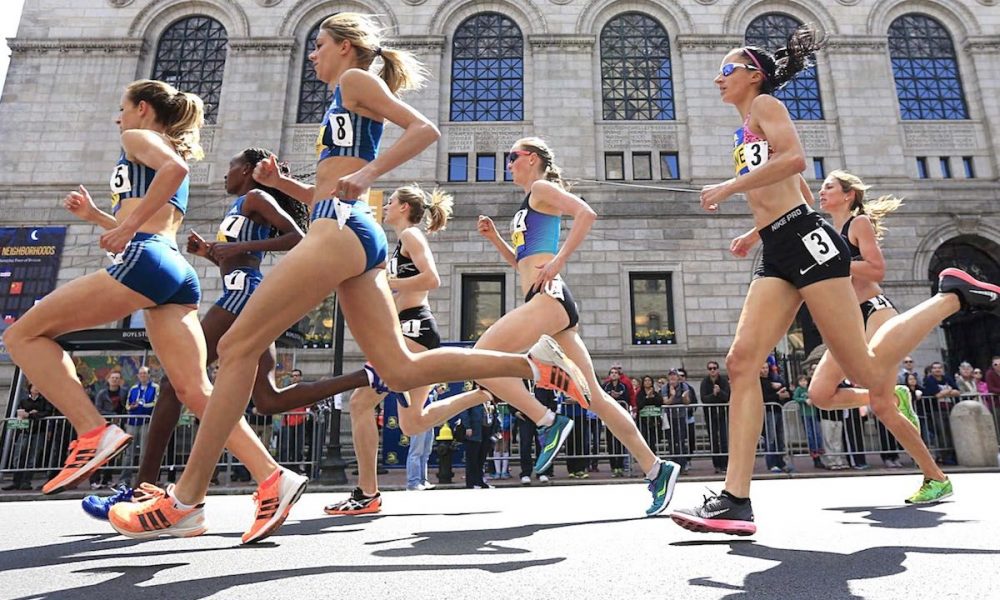 New research highlights that bone injuries are four times more likely in energy-depleted athletes and given recent discussions about RED-S and athlete health, the change in culture must happen soon.

The athletes in the study were separated into groups by reproductive function, testosterone levels and energy availability. This was calculated from seven-day training and food diaries.

With many athletes continuing to open up about their experiences of the female athlete triad and RED-S, the results from the research provide alarming evidence of the link between energy availability, reproductive function, bone density and injury/illness rates in male and female athletes.

In fact, the findings reported that bone injuries were four and half times more prevalent in the amenorrheic and low testosterone groups compared with others, as well as both male and female athletes with low energy availability.

Amenorrhea is defined as the “cessation in periods for six months in a woman (whether athlete or not) with previously regular menstruation”. This was highlighted by Anna Boniface in her interview with Dr Nicky Keay on Fast Running. In Heikura’s study, they defined three consecutive missed periods as a definition.

Within elite sport, there has been a normalisation of amenorrhea, and some coaches still misinterpret amenorrhea as a (wanted) sign the athlete is training hard enough.

When both athlete and coach refuse to address the issue, the problem is only exacerbated. An athlete may fear being kicked from a team or made to reduce the training they love if they reveal that their periods have stopped.

Some coaches even cultivate the sporting environment where amenorrhea is an inevitability. The heavy pushing of the idea that ‘light is fast’ above all else, including the importance of health and consistency in training, is part of the problem.

RELATED: Female athlete health: conversation is only the start

Stress fractures, illness and long-term health complications are the consequences and certainly shouldn’t be seen as normal.

Alongside this, the team looked at the robustness of diagnostic criteria from tools used to diagnose low energy availability in athletes, including tools that help identify possible contributors to the female athlete triad and RED-S.

Looking at the results from the research it highlighted that bone injuries were ∼4.5 fold more prevalent in amenorrheic and low testosterone groups. So if a female athlete has stopped having periods then she is four and a half times more likely to suffer bone injuries. That’s a huge number.

The study also discovered that current reproductive function tests (questionnaires/blood hormone concentrations) appear to provide a more objective and accurate marker of optimal energy for health than the more error-prone and time-consuming dietary and training estimation of Energy Availability (EA).

Simply if an athlete is experiencing menstrual dysfunction, it is a very good indicator that they do not have optimal energy for health, are more at risk of bone injuries and it should not be seen as simply part of being an elite athlete.

Male athletes are also susceptible to the risk of RED-s, bone injuries and long-term consequences. But there is not as clear an indicator as the menstrual dysfunction and one wonders if the sporting world appreciates the problem is there for both genders?

If RED-s is a contributing factor to bone injury then treating just the bone injury could be ignoring the underlying major issue. When complete rest is needed but ignored, then in some athletes we only see a cycle of injury, recovery, injury, recovery. Without looking at the cause, an athlete may never solve the problem.

What can we do?

As a male coach and athlete, it still feels strange to write about this subject and I am far from knowledgeable on amenorrhea, RED-s and even how to discuss the topic with female athletes. Often I will wait for an athlete to bring up the subject rather than put it forward or just awkwardly do so, probably making things worse.

Yet we all just need to talk. Talk to female athletes, coaches, researchers, doctors, anyone who might know more than yourself. I even had a great conversation with my mum about the menopause and how it might affect someone’s life, running and training. I figured if I can chat to her about it then it might be easier elsewhere.

Athlete, coach and parent education is something that Boniface herself has advocated and Heikura also realises that “educating not just the athletes, but also coaches, other team members (physios, physicians, etc) and parents, is crucial”.

The researcher added: “The athletes tend to listen to their coach more so than, say, a dietitian. Coaches can also make a massive difference in the way they talk to their athletes about nutrition, body weight/composition management, etc.”

Ideas such as athlete mentoring for those going through puberty and improved access to medical support are other key developments suggested by Boniface on in a recent post on Twitter.

In the same way that a coach should never ignore the physical impact of an athlete’s job or mental stress of family relationships, a coach shouldn’t be ignoring a major factor in female energy levels every month.

Research in the field is still young, but academics like Heikura and the rest of the team behind this study are doing excellent work. She said: “While our findings are certainly interesting and unique in this athlete population (largest cohort to date with truly high calibre athletes), similar outcomes have been reported previously with smaller sample sizes, younger athletes, and sub-elite cohorts.”

Information from apps like FitrWoman can help athletes, coaches and parents too. The app lets users track their menstrual cycle and provides personalised training and nutritional suggestions tailored to the changing hormone levels. Co-founder of the app, Georgie Bruinvels, a research Scientist at Orreco, who recently completed her PhD at UCL, is passionate about the app and said: “I really want to empower women by helping them train smarter.” From my discussion with Bruinvels, it soon became clear that knowledge and education about the menstrual cycle can also be seen as an opportunity to really optimise your training.

“It’s not just training stress that can cause the hormonal imbalance that leads to amenorrhea, but all types of stress,” said the academic, who has run a 2:37 marathon. “Understanding the best way to train alongside your menstrual cycle is one way to reduce this and FitrWoman can help you track your period and train smarter.”

With indications from research like this that show a strong correlation between amenorrhea and the likelihood of bone injuries, as well as menstrual dysfunction being an objective and accurate measure for athlete health we cannot afford to ignore the subject.

It doesn’t need to be rocket science or something we only talk to females about. Heikura said: “When it comes to athlete education, I believe explaining (in simple terms) the importance of adequate energy availability would be more useful than just telling the athlete to eat enough.”

Having open discussion and education is the biggest step we need to take. Heikura felt very strongly that if an athlete understands the signs and consequences of low energy availability and “how this chain of events eventually has an influence on bone injury risk and training ability, they may be more motivated to pay attention to adequate energy availability”.

Mental health: If I spark one conversation it was worth sharing
Talent can be a heavy weight on a young athlete’s shoulders