Broken dreams: why we need to break the cycle 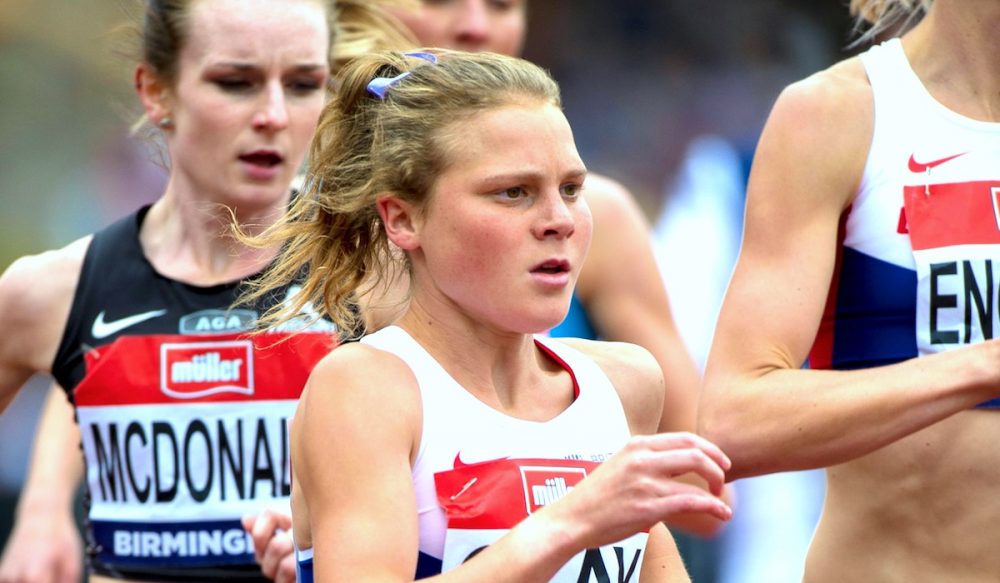 The Female Athlete Triad is a term, first coined in the late 1990s, to describe the co-existence and interrelated pathologies of eating disorders, amenorrhoea (absence of periods), and osteoporosis (brittle bones) in a not-insignificant number of female athletes, especially those who participate in endurance and aesthetic sports. Low energy availability (and low-fat mass) has been shown to lower reproductive hormone levels, which in turn affects bone density (just like at menopause).

The effects of low oestrogen levels on short and long-term bone health is further compounded in those who don’t eat enough by inadequate intake of the nutrients necessary for laying down bone. Considering that females have a lower bone density than their male counterparts, and that the resistance provided by body mass also has a role to play in bone formation, it’s easy to see how slim young female athletes, who may be restricting their energy intake, are susceptible to poor bone health and, in turn, to the dreaded stress fractures.

However, it’s not just females and those that have some form of disordered eating that are susceptible to low bone mineral density. In recognition of this, what was formally known as the Female Athlete Triad has, in recent years, been expanded and redefined as Relative Energy Deficiency in Sport (RED-S).

RED-S takes into the account the physiological complexity involved, considers other factors that contribute to bone loss, and incorporates other direct and indirect consequences of low energy availability. While it is fast becoming the preferred model for researchers in the area, the Female Athletes Triad, and its three components, continue to be used for its simplicity and directness, particularly in the practical setting.

Peak bone mass and why it is so important

From the age of about 30, whether we are male, female, active or sedentary, we all start to lose bone. In healthy individuals, this loss is gradual in the beginning with, before becoming more sudden in females when they reach menopause. If we live long enough, we will all eventually reach the point of osteoporosis, but the higher the bone mass and bone density to begin with, the longer osteoporosis will be delayed. 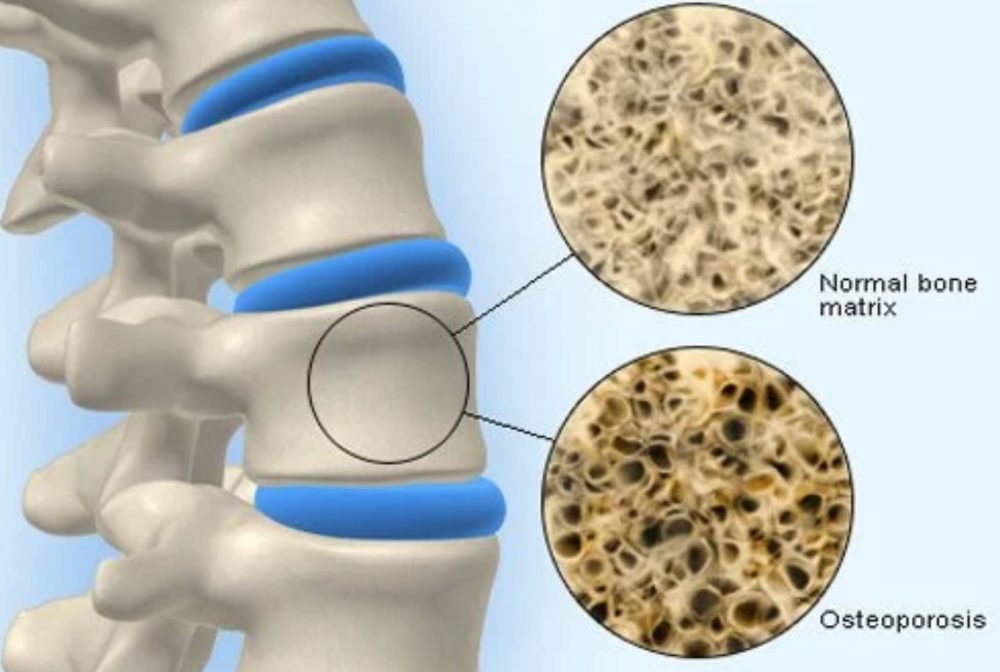 A number of factors determine peak bone mass, including genetics, nutrition and hormones, but the late teens and early 20s are particularly crucial in determining peak bone mass. Those who fail to lay down bone density at this stage will never reach adequate peak bone mass and will be at a serious disadvantage in terms of long-term bone health.

And it’s not just long-term bone health that concerns athletes. Recent research that will be published in International Journal of Sport Nutrition and Exercise Metabolism showed that world-class female athletes who are amenorrhoeic or males who have low testosterone levels have 4.5 times more bone injuries and loose up to 10 times more training days than controls.

Thanks to recent articles by a number of young sufferers of amenorrhoea, disordered eating or low energy availability and resultant bone injuries, most notably a recent article and interviews with Bobby Clay, the risks faced by athletes are now being discussed in the public domain.

Athletes have responded, with those who are experiencing delayed menarche (the onset of periods; also known as primary amenorrhoea) or have had their periods disappear (secondary amenorrhoea), seeking help and advice. Seeking help is the first step, but actually finding the right sort of help can be more difficult.

Female athletes who, in their late teens, like Bobby Clay, have not yet started their periods, are often reassured by their GP that it is probably because they are an athlete. This is not wrong. But just because their sporting participation explains their missing periods, it does not justify their absence or mean that no intervention is required.

And when it’s time to intervene, then using the oral contraceptive pill to initiate or regulate the menstrual cycle is the most common course of action. But the value of the pill is debatable.

Research has shown that the pill can stop further bone loss, but it is unlikely to enhance bone density to normal levels. In other words, it does not replace the bone that has already been lost (or not laid down to begin with). It does not address the underlying cause of the amenorrhoea, and it may mask an underlying issue. At the very least it should not be the only course of action.

In the vast majority of cases, energy availability (through reduced expenditure, or, more preferably, through increased intake) will need to be redressed.

It’s worth remembering that not all inadequate energy availability is intentional. Student-athletes, stressed for both time and money, may inadvertently fail to meet their energy demands. A lack of knowledge in relation to energy requirements is also a factor. And at the other end of the scale lies the complicated and difficult-to-solve world of irrational thoughts and behaviours relating to food and body image.

One size does not, therefore, fit all when it comes to treatment. And the solutions will involve more than just educating coaches and parents as to the causes. Though that’s a very good start.

What can we do?

No endurance coach, male or female, should be ignorant of the triad and/or RED-S and its components. They should understand the importance of meeting energy requirements and the risks of amenorrhoea. Those with eating disorders and prolonged amenorrhoea should be treated as ‘particularly high risk’, and athletes should be encouraged to seek help immediately.

Coaches (and clubs) may have to develop their own network, from an empathetic coach, parent or official within the club that athletes can raise their concerns with, to trusted doctors and eating disorder specialists that can help athletes further. 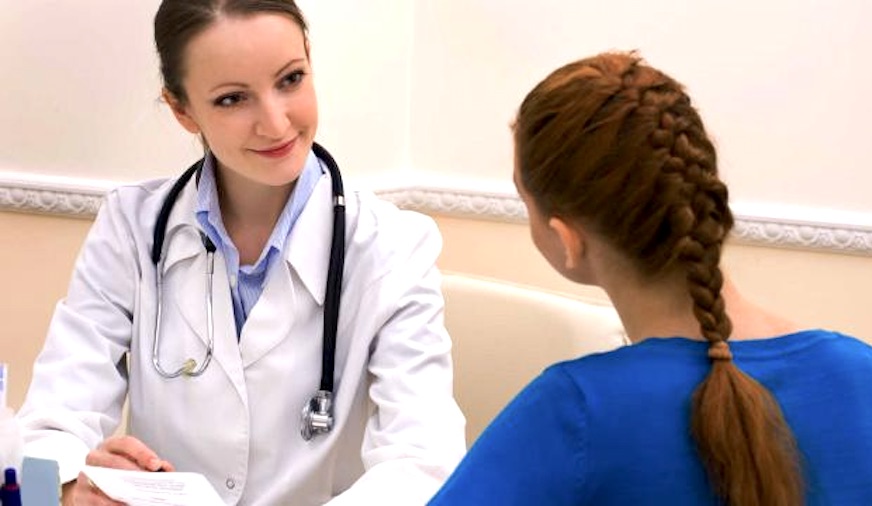 National Governing Bodies, too, could be doing more to educate, support and signpost those affected.

Prevention is better than cure

Those with a healthy body image are less likely to engage in destructive eating patterns. Those who understand the value of food as a fuel are less likely to neglect this important part of their training lifestyle. Those surrounded by a system which values their welfare are more likely to take control of their own health.

By contrast, a sport which promotes, values and reinforces junior success, unhealthy lean physiques, low body mass and performance above all else can only end in tears. The commercial world in which we live is full of negative body image pressures, the emphasis of unrealistic physiques, and unhealthy nutritional information. The sporting environment should be an escape from that, not a replication of it. Long-term health should be treated with the same level of importance as performance.

We can blame the media, governing bodies, particular coaches and pushy parents all we want, but in truth, we all have a responsibility both for the athlete’s ability to progress within the sport and for their long-term health. Sport should not be breaking individuals, but the solutions are unlikely to go down well in a world where medals are everything.

Put simply, safeguarding the health of athletes, particularly the health of vulnerable young females, is likely to result in a short-term performance hit. We know the risks, and we know the consequences, but until we start measuring success at the junior level as; having normal bone mass, a healthy weight, regular periods and a positive body image, rather than by times recorded and medals won, we are unlikely to ever fix the problem. We all understand the importance of a long-term athlete development approach. It’s about time we started enacting it.

Only when athletes are healthy can they truly reach their performance potential. We all have a role to play in breaking the heartbreakingly repetitive refrain of ‘imagine what I could have achieved if only I hadn’t always been injured’.

Alex Teuten: managing stress as an athlete
Female athlete health: conversation is only the start