Are you getting psychological rest? 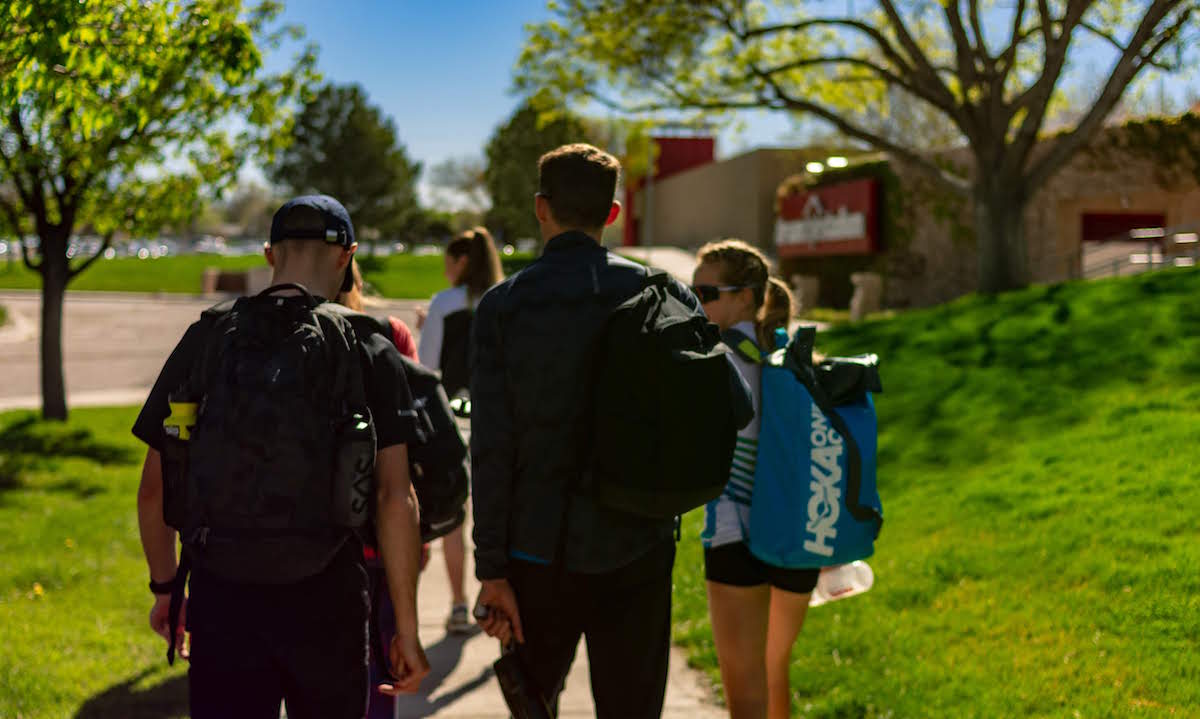 Athletes on a training camp like this one in Albuquerque could fall foul of being constantly switched on. Photo: Kris Jones

Fast Running Performance Project member, and Sports Psychology student, Lloyd Emeka provides a deeper insight into how we should rest.

Rest days are often part of our training schedules for race competition, with the purpose of facilitating physical recovery and optimising performance in future training sessions.

Historically, the concept of rest has been considered within the confines of physical inactivity but there is increasing research exploring the effect of psychological rest within sport.

Technology has made it possible for us to read, listen or watch anything related to our sport whenever we want.

Although this level of immediacy provides us with some benefits, it could also be argued that the attainment of psychological rest becomes more difficult as a consequence.

Wakeful resting is a key component of psychological rest, and it is the period of time an athlete would spend engaged in minimal cognitive and physical activity whilst awake.

The psychological experiences that are obtained from wakeful resting includes a easing of the mental demands of training and competition, a reduction in thinking about one’s sport, and increased opportunities to engage in activities and other non-sport related aspects of life.

A common theme is the reduction in thoughts about one’s sport when not in training or competition.

We might know this as the ability to “switch off”. Research has suggested that psychological detachment not only involves putting aside all thoughts about your sport but also achieving distance from negative sport-related emotions 1 .  For example; lingering on a disappointing race performance for a prolonged period of time could affect psychological detachment. Ultimately it can inhibit mental recovery.

These two factors facilitate a ‘switching-off’ process but there is also another consideration which relates to ‘cue-avoidance’.

Proximity to sporting memorabilia and the physical and social environments that remind us of our sport could potentially act as cues that trigger thoughts during a period of resting. An athlete’s perceived sense of distance from these cues is thus a contributory factor to achieving psychological detachment.

There are also benefits to physical health and mental well-being that can be derived.  In a recent study2, the relationship between physical recovery, mental detachment, health and well-being was studied amongst 161 recreational athletes.

The findings outlined that an increase in mental detachment is associated with fewer injuries, improved levels of mental energy and enhanced quality of sleep. Regularly sitting down for a cup of tea could be a reason Abdi is so fast? Photo: Dan Vernon/NN Running Team

Easier said than done in the real world

It would be remiss to not acknowledge that psychological rest can be difficult to attain and a key reason for this is the juggling of multiple commitments simultaneously ranging from training, work, studies and other life demands.

Consistently manoeuvring between these commitments could lead to insufficient time being allocated to switching off, and this has been described as the ‘balance problem’ 3.  Although this is often unavoidable, there is also the risk of engaging in too many commitments which exacerbates the problem.

Could the balance problem also be linked to the desire to be busy all the time?  A recent phenomenon that has been investigated 4 is the emergence of a busy and overworked lifestyle as an aspirational status symbol.

In contemporary Western culture, complaining about being busy and working all the time is increasingly commonplace.  This is partially driven by the perception that busyness equates to having ambition and being competent.  The external validation on social media and other mediums reinforces these ideals and fuels the aspiration.

Stepping outside your sporting bubble

Despite these challenges, there are some practical steps that can be deployed to attain psychological rest outside of training and competition5.

The process of disengaging with thinking about your sport should be a deliberate practice and this could include spending time with people in your support network who are not involved in your sport and abstaining from viewing/listening/reading sport-related media.

Creating some personal time that facilitates respite from the structured lifestyle of training, work and study commitments can be considered as a key resting experience.

This could involve indulging in a favourite treat or non-sport related pastime, being spontaneous or equally choosing to do nothing.  All have equal merit and should be based on personal preference.

Within the structure of our training schedules, there is also the possibility to introduce some variety that can also facilitate psychological rest.

This could include identifying a new route for a long distance run rather than resorting to the ‘tried-and-tested’ route all the time. It could just be not undertaking a specific training session on the same day every week.  Furthermore, the traditional 7-day week cycles could minimize the opportunity for psychological rest to be attained.

When you’re focused on a racing or personal goal, it is easy to neglect psychological rest as an important aspect of recovery.

However, research has illustrated that due attention should be given as there are benefits that can be derived for one’s health and well-being.

So next time you schedule your rest day for the busiest day of the work week, or a long travel journey, ask yourself the question. Is this really restful?

The psychology of rest in athletes: An empirical study and initial model, Eccles and Kazmier (2019)

Dan Lawson to re-attempt LeJOG record
How deep could you dig?