Tempo runs: what you need to know 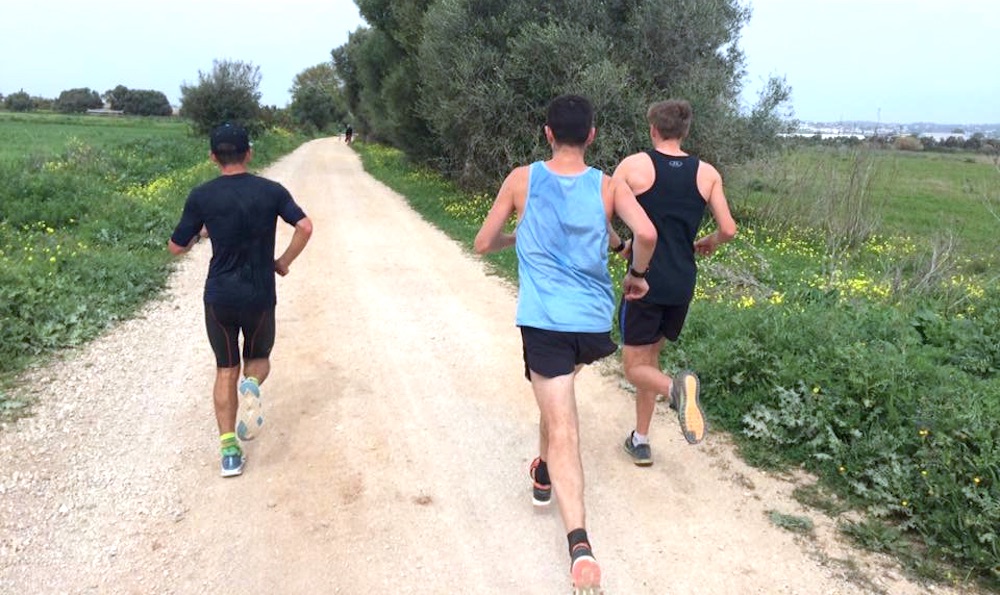 Tempo runs should be an essential part of training for any endurance runner, from 1500m to marathon and beyond. So what are they and what different sessions can you do?

When someone talks about tempo running they mean the same as a lactate threshold run, and this is basically a sustained period of effort at a fast pace. “Comfortably hard” is a description you will normally hear.

Above 4 Mmol and you’re heading into the pain cave. Blood lactate itself isn’t what will grind you to a halt, but it rises at the same level as other by products, like hydrogen ions, that will slow you down.

So between 2 to 4 Mmol is the zone in which a tempo run is supposed to be. Working in the zone that has an unsustainable but manageable amount and letting your body become more efficient at operating at this level.

One option is to get physiology tests done at a sports lab. This will give you a good idea of what kind of speed and heart rate your lactate threshold training zone is.

A more general rule is the effort level you can sustain for an hour. Basically, if you were racing for an hour how fast would you go. For the Chris Thompson’s of the world that’s half marathon pace, a decent club runner is at 10-mile pace and for most runners, it is between 10k and 10-mile race pace.

Running with Us coach Nick Anderson described it well when taking a session recently: “you need to feel like you have another gear. If you don’t feel like you could do the end of the session faster then you’re going too hard.”

You shouldn’t be able to say more than a few words, but not in that ‘one-word answer’ zone. Easier said than done pacing a tempo run.

So what kind of sessions are we talking about?

This is the most basic and an old school tempo run. You go out for a set amount of time and run in that zone, with a few easy miles either side. The progression here is to develop from 10-15 minutes up to a maximum of about 30-40 minutes of effort.

Any longer than 40 minutes and it’s becoming a race effort rather than training. You then risk interrupting your training consistency with such a hard session and smashing your body in every session can only last so long.

In Steve Magness’ “Science of Running” there is talk of allowing a runner to split the session as they see fit. Say it’s a 30 min tempo, then University of Houston coach might allow two splits.

This allows the runner to overcook it a little bit if they are new to tempo running, then just take a rest before going again. The goal is the total amount of tempo running.

If you need the additional rest to get that full amount then the training volume is still there.   This also allows a runner to develop more of a skill for pacing and autonomy.

A coach can place responsibility with the runner and this has been shown to increase intrinsic motivation levels. If they are in control of an element of the workout then they put more thought into it too.

The halfway house between straight up tempo and split tempo runs. Adding the rest in between intervals allows for greater recovery and potentially less of a physiological load for the session.   Mentally it can be easier for a runner to undertake 5 x 5 minutes (90 sec rests) than 25 min tempo running.

The benefits will be slightly greater for the 25 minutes continuous run, but if you have a propensity to trash yourself in the pursuit of improvement, then adding the rest in can be a good control.

These can progress from as little as 4 x 5 minutes (2 minute rests) up to something as meaty as 3 x 15 minutes (60-90 seconds rest). This doesn’t mean you go all out hard for 15 minutes and then just suck in air for the recovery. It’s still supposed to be at ‘hour race pace’.

There should always be room for that extra gear. You never know when a sneaky coach might up the speed in the final rep for some race simulation.

The beauty of tempo runs is that there are many ways to progress and it doesn’t just have to be faster every time.

Starting with something with 4 x 5 minutes or 3 x 8 minutes and off for two minutes can give you a good feel for it. Then next time you might try 15-20 minutes straight up, adding in a rest if you need it.

Progression might take you onto 3 x 10 minutes but don’t always feel it is just the time or speed that you have to change. Reducing recovery can be a good impetus too. The body reacts well to variability, as does the mind.

These are hard workouts so time for recovery is essential. Mixed up with other quality sessions like VO2 Max workouts, hill sprints or fartlek runs, they can be a great foundation for improvements.

Think about the races you are preparing for when planning the sessions as well. If it’s an undulating course, long uphills or you expect surges from competitors then you can build this into your tempos.

Ultimately it is a zone in which you need to be training. Going a little too easy and in a controlled manner is better than blowing a gasket every time. Steady progression is key.

400s for speed and endurance
What are progression runs?