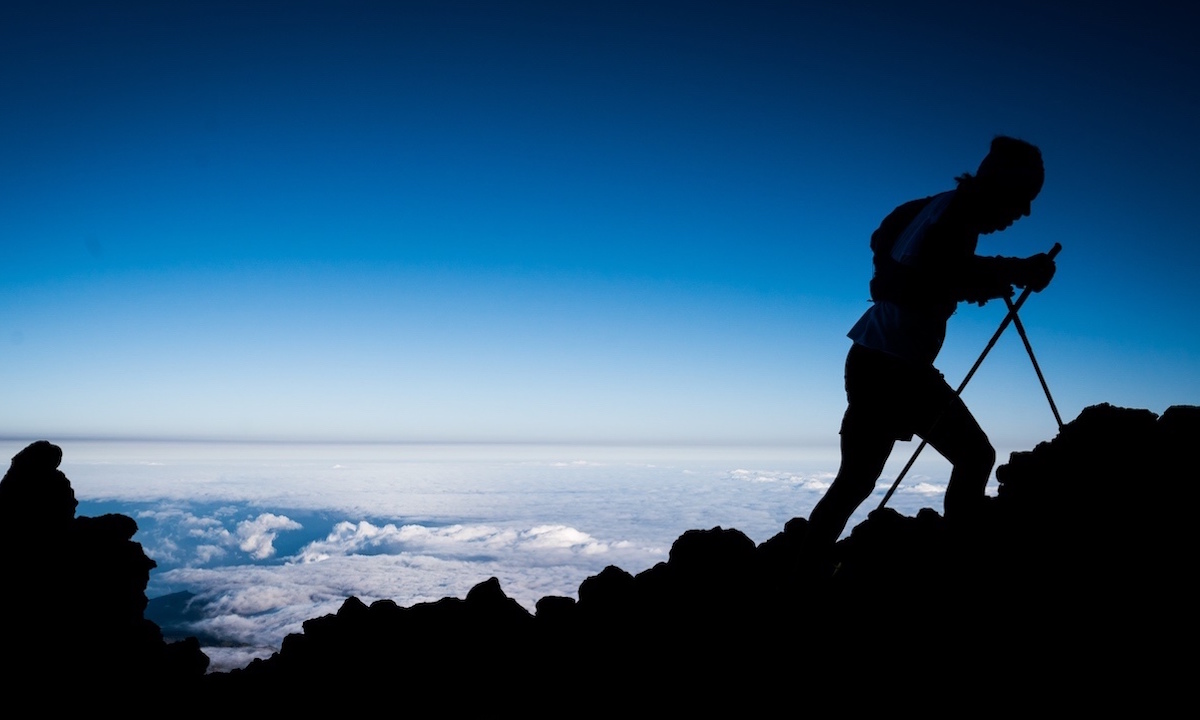 The bigger the base the higher the peak advises Matt Long

Last summer, Colin Lancaster and I treated you to the Restaurant of Running (‘Training Menu’, August 25th) where you might recall that one of our two keen salivating athletes, hungry for success reached out straight for the quick fix of a training soup rather than working his way sequentially through the entire training menu. The second went straight for the speedwork dessert.

You may remember that both left the restaurant with empty training bellies that night and headed over the road for another quick training fix, which involved a heavy dose of fast food style cheeseburgers. Their training diet couldn’t work. So 6 months later have they learned? Is their training diet any better? Let’s join them once more….

This time round our ‘Dumb and Dumber’ style athlete duo are in their local coffee shop. They are feeling a tad peckish so along with their cappuccinos they decide to order a bar of chocolate each. They reach out over the counter for the nougat based and almond coated treat from Switzerland, invented way back in 1908 by Theodor Tobler.

As they sit down to munch on their Toblerones out of the corner of their eyes, they notice that sat on the vey next table to them are the very two ath-letes they bumped into at the Restaurant of Running 6 months ago. Remember that ‘Smart’ and ‘Smarter’ chose to eat differently compared with ‘Dumb’ and ‘Dumber’. They sensibly ordered a five course training meal from a periodised menu.

Their big aerobic starter was followed by a plate of hills, then a saucer of anaerobic work, followed by an integrative dessert. They left room for some mint tapers right at the end to make sure they had time to digest everything and used an alactic toothpick throughout the five course meal which kept their taste buds nice and sharp all the way through. But that was 6 months ago and here all 4 athletes are once again in the coffee shop.

As they munch on their standard sized Toblerones, breathless and belching, ‘Dumb’ and ‘Dumber’ can’t help but notice ‘Smart’ and ‘Smarter’ are also gently working through their own Toblerone bars- but significantly these bars are different- they are giant sized whoppingly big Toblerones.

These bars have a much wider base and are bigger in aerobic volume and ‘Dumb’ and ‘Dumber’ begin to snigger amongst themselves. Unable to contain himself ‘Dumb’ calls over and says to ‘Smart’ and ‘Smarter’- “Hey, these standard sized bars are much better than the giant ones you two are eating. You get to the peak of the bar where the delicious almonds are much quicker than you do with your giant sized bar”.

‘Smart’ politely replies that he has no desire to reach a quick peak by scoffing his bar down his throat- he’s in no rush to finish the chocolate off. He’s taking plenty of oxygenated breaths between bites and is gently aerobically working through the base of the bar. He reminds ‘Dumb’ that when he eventually gets to the peak of his giant it will be higher than on a standard bar and the almonds will taste even better.

‘Dumber’ then pipes up and shouts to ‘Smarter’ – “But our standard size bars have more chunks and more little peaks than your giant sized bar”. Politely ‘Smarter’ replies that he’s happy with the one giant peak of his bar. He accepts that his giant sized bar will fill him up. He’’ll need time to recover and regenerate before he eats another one perhaps not for several more months.

‘Smart’ and ‘Smarter’ eventually finish off their giant Toblerones and prepare to leave their coffee shop. Out of the corner of their eyes they see ‘Dumb’ and ‘Dumber’ who were scoffing their standard sized bars frantically just minutes ago.

There they are, unbelievably back at the counter, spending more money on a couple of muffins- “We’re still a little hungry”, ‘Dumb’ says to the man behind the counter. ‘Smart’ and ‘Smarter’ look at each other in bemusement and share the thought that ‘Dumb’ and ‘Dumber’ will never learn.

Matt Long is Midlands Mens Team manager for Road, Cross Country and Masters. He welcomes contact for support at mattlongcoach@gmail.com