Runner’s stories: From treadmill, to parkrun, to marathon and junior parkrun 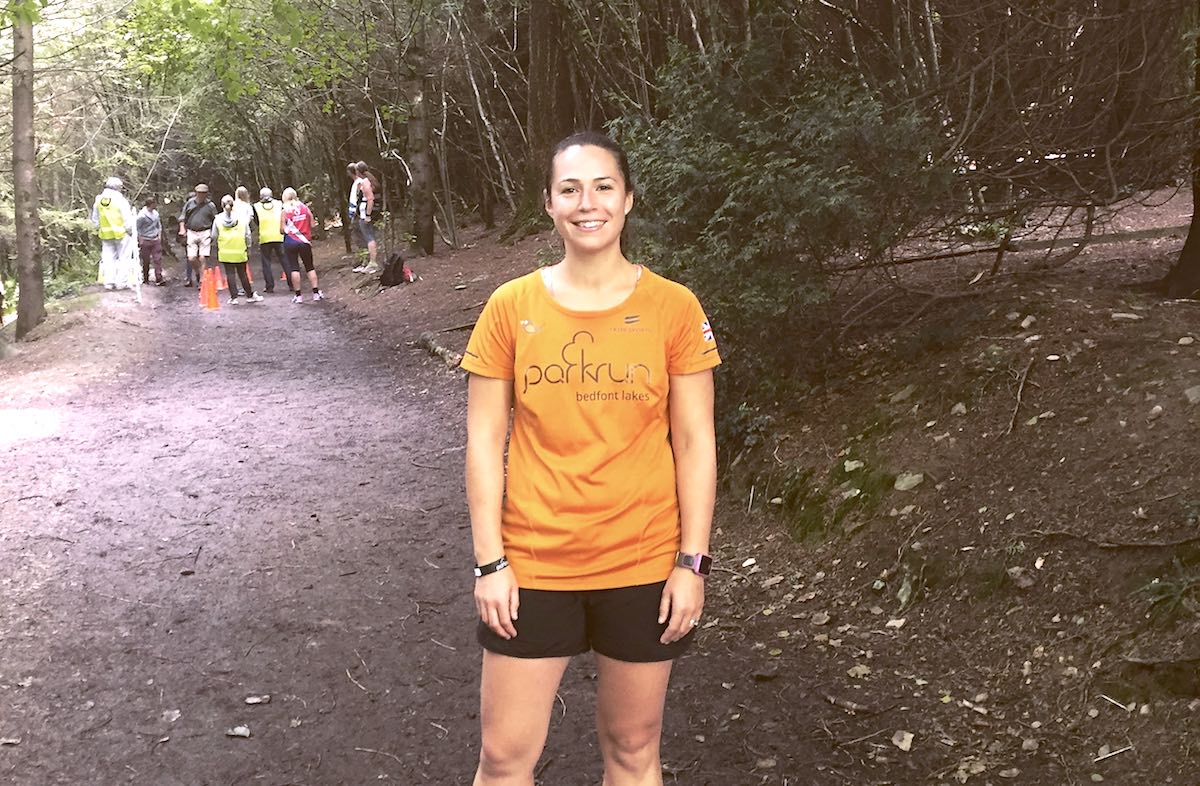 As she closes in on 170 parkruns, Emma Moreton shares her running story from the humble treadmill, to parkrun, to a first marathon. parkrun not only played a positive role in her own running journey, it also inspired her to volunteer and both her daughters are now keen junior parkrunners.

“When did you start running?” people often ask. It’s hard to pinpoint because I dabbled with the treadmill for years, but I’d say my running journey began when I started parkrun.

Following the arrival of my first daughter Izzy when I was 30, I was desperate to get exercising again and discovered running outdoors was by far the best way to get a boost of endorphins and time away from baby chaos (plus, it’s free).

Back then, I was running about 3-5 miles but I had no idea of pace, PBs or splits – I didn’t have a sports watch and only knew my approximate times. One Friday evening I was preparing for my Saturday run and I suddenly remembered this thing called parkrun that my friend had told me about a while ago and I thought I’d give it a try. Little did I know that it was going to become such a huge part of my life!

If you’re not familiar with parkrun, in a nutshell, it’s a free weekly 5K that takes place all over the world on a Saturday morning. The entire event is managed by a volunteer team every week come rain or shine. It started with 13 runners in 2004 in Bushy Park near Richmond. It now has over 3 million registered participants across the world. It’s phenomenal. It’s free, forever. Importantly, it’s not a race: it’s you against the clock, making it accessible and welcoming for all abilities.

After my first parkrun at Bedfont Lakes, I was hooked immediately, spurred on by the encouragement of the community and the challenge of achieving a PB week after week. I took a break to have my second daughter Emily in 2013, but once she was 12 weeks old I headed straight back. I was ridiculously tired from sleepless nights, but parkrun had become my escapism – a chance to get out and share a Saturday morning run with like-minded people. I was sacrificing my turn for a lie-in, but I didn’t care. I returned home happy and accomplished, especially if I got a fast time! I didn’t want to miss a single Saturday.

As I said, parkrun is when my running journey started and I put this down to inspirational and helpful fellow parkrunners, who have become some of my best friends. I also joined my local running group in Shepperton, and around the time of my 100th parkrun, encouraged and coached by my running pals, I completed my first half marathon race.

A marathon was the next natural step even though it sounded daunting. My parkrun buddy drew up a plan and my weekly mileage ramped up. For long weekend runs (17, 19, 21 miles – a long way from my treadmill days) I was able to do some ‘parkrun tourism’, mapping a route that included a parkrun so I would still get my fix! Soon I was on the start line at Brighton Marathon and completed it just over four hours – a feat I honestly never thought possible for me. But just because I can run 26.2 miles it doesn’t mean 5K is now small fry. On the contrary, parkrun is a great opportunity for a fast blast or social run, with plenty of motivation from the crowd.

I’m now closing in on 170 parkruns including one in Florida. And the best bit of all – my daughters (now six and four) run too. They are both regulars at junior parkrun – the same concept but a distance of 2K on Sundays – and like to “smash” their PBs (some days they like to take it easy – after all, it’s not a race and there’s no pressure). Izzy completed her first 5K parkrun with me when she was five and her current PB is 32 minutes which I think is pretty good for a six-year-old! 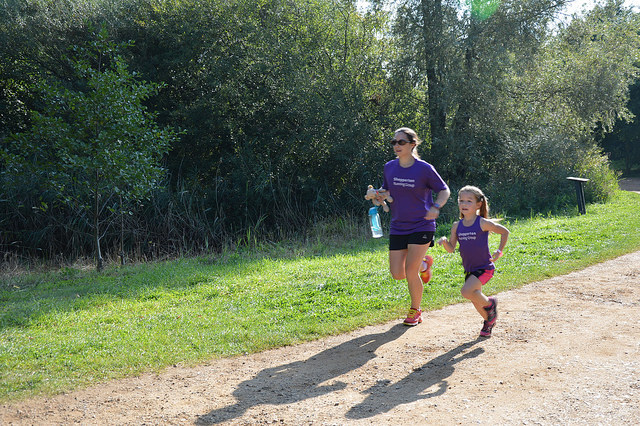 What keeps us running back for more? The parkrun community and ethos. Everyone comes together, every week, to make the event work. Every role, from run director to barcode scanner, is fulfilled by regular people donating their time. I must admit the first time I volunteered I did it to “give something back” to parkrun, but it was unexpectedly enjoyable and I’m now the communications person for my event.

Cheering on the spectrum of participants – women, men, children – all crossing the line with determination, is brilliant. Some volunteers aren’t even runners, they simply like being part of parkrun. I’ve got Izzy and Emily involved in volunteering too and we signed up to be the tailwalking team one week. Seeing the last runners home, in our hi-vis jackets, was a special moment! 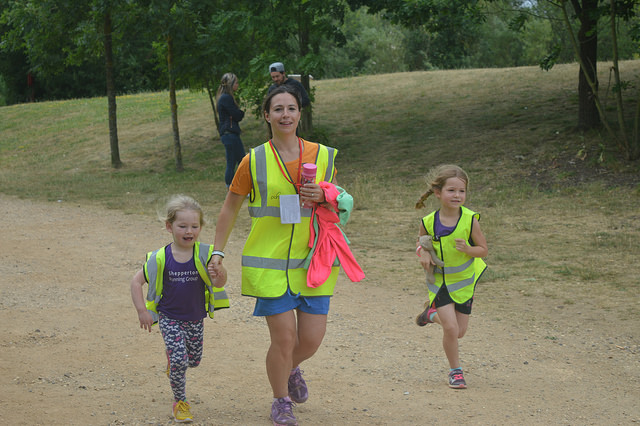 For the majority of parkrunners it’s not about the results table. Although I’m competitive with myself I enjoy the non-competitive nature – there’s no elitism. The point is to improve your own fitness in a safe environment or help others achieve theirs. Many parkruns have volunteer pacer weeks and receiving your text with PB news is the best way to start the weekend! Besides personal bests, parkrun also awards T-shirts to those who clock up milestone runs and volunteer stints.

My girls rarely comment on their finish position, because it has no bearing on their confidence or motivation. The last runner is clapped as much (perhaps more) than the first. But we all love improving our times, having a sprint finish, being cheered on and having a treat in the café after. This is the magic of parkrun, and it’s getting people active all over the world.

Oh, and I’ve starting training for my next marathon. Thank you parkrun!

10 Tips to Get Started in Trail Running
parkrun tourism: the running & travelling phenomenon