Indoors: not just for the elites 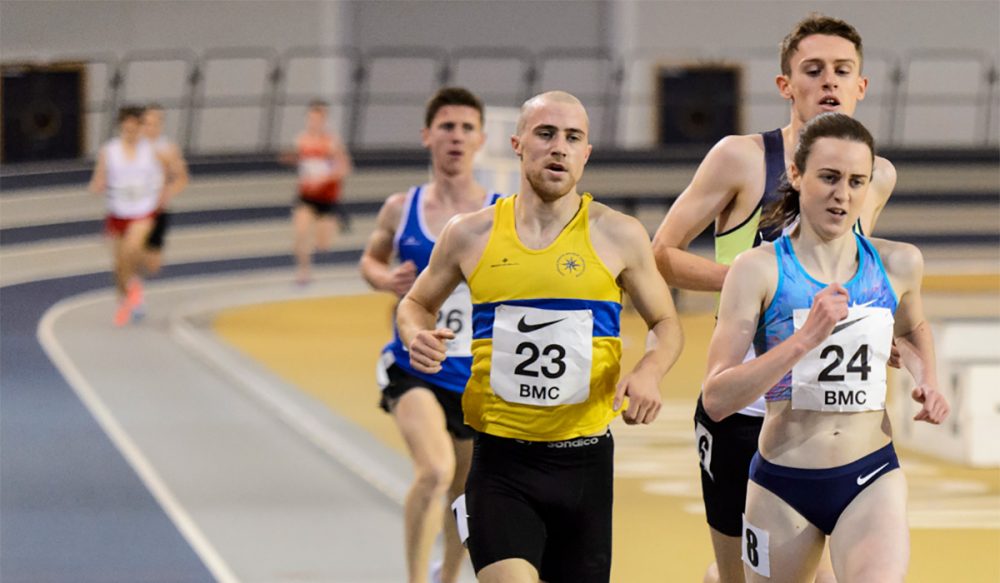 While the outdoor track and field competition season lasts only three to four months, we runners have to train all year round in all weathers.

It could be on the roads or the cross country, but if you want to do speedwork neither option is ideal in the winter. Is it worth then considering indoor track running either for training or competition?

Indoor athletics is seen by some as the preserve of the elite, but the boards scene is open to all levels of runner and offers many benefits.

The big advantage over an outdoor track, road or grass, of course, is warmth. And it’s not about staying cosy – doing faster stuff in cold temperatures is a recipe for injury if you’ve not warmed up adequately and even the best of preparations is not a 100% guard against something like a strained hamstring when it comes to cold weather.

Some outdoor tracks can be affected by ice even when the roads are fine and this can, of course, be dangerous.

The other problem some find when training on outdoor tracks is that you’re never quite sure what to wear. When it’s freezing cold, even after your warm-up you might not want to strip down to shorts and t-shirt or vest for your first rep. However, after a few reps you could be wishing you hadn’t put those leggings on or you could be throwing your hat towards your drinks bottle near the finish line. All the while you might be finding it excruciatingly cold between reps.

Speedwork on roads is possible, but finding a long and quiet enough stretch of road is not easy – particularly if you’re a middle-distance runner wanting to run at sub-60 400m pace. Throw in the darkness and councils’ cost-saving lighting measures and it can be impossible.

The lack of light can also be a problem if doing speed on grass.

So if you’re lucky enough to have an indoor track nearby, is it worth seeking it out and what are some things to consider?

What do the experts think?

Former international athlete James Thie, who was fourth over 1500m at the 2004 IAAF World Indoor Championships, and now as a highly successful coach, often leads sessions at the National Indoor Athletics Centre in Cardiff.

The Welshman points out the value of being able to get some quality work at all times of the year. “I think for every distance leg speed is great, for a marathon runner as it is for a 1500m runner,” says the runner whose mile PB of 3:57.71 was set indoors at the New York Armory centre.

One of his charges, Tom Marshall, used indoor track running to prepare for cross country relays for Britain over 1500m and 1000m respectively at the European Cross Country Championships and Great Edinburgh XCountry. 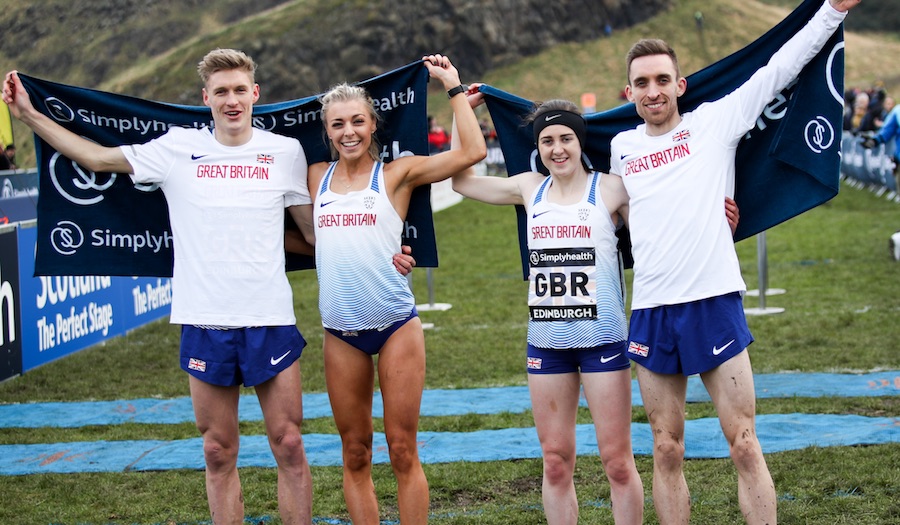 Marshall says: “For me [getting in the warm] is the No.1 priority. It stops you being out in the cold and helps prevent you getting injured or ill. You can quite easily tweak a hamstring in the cold or pick up an illness.

“It allows you to run quick and do some quality sessions in the winter, which sometimes you need.

“It gives you a bit of a break from the winter grind and chance to do some quick 200s, 300s or 400s, which you really can’t do that easily in the winter outside. It can be fairly dangerous on the track outdoors with the ice.

“If you’re planning on racing indoors and running some PBs you really have to train on an indoor track.”

Aside from the physical advantages, indoor running can be great for tactical ability too. Thie says: “I think [indoors] you have to go up and down the gears quite quickly, but in most tactical races outdoors you have to be good at that as well. I think it’s a good skill to have. I think it’s a skill you can learn, the more you can train on an indoor track or get used to fartlek or changing pace.”

Thie believes cross country still has its place for racing, but perhaps indoor competition can provide an important motivational boost.

He says: “A lot of indoor running is fairly tactical. This gets you thinking about that side of racing, and maybe some good junior athletes have lost this over the years because they end up doing cross country in the winter and lose a bit of love of the sport. Maybe if they’d had a bit more opportunity to run indoors.

“The flip side is some youngsters run too much indoors too early, so it’s having the right balance and that’s where having some good structures in place and maybe coaches being smart with what’s the best short-term to keep people in the sport but then long term for their development. It’s not an easy balance.”

However, before you jump on to your nearest indoor track, exercise caution. The fact that there are tighter bends on a 200m track compared to a 400m one, that these are often cambered and the surface is different means you need to be wary of injury.

“Any type of track running is always going to be a lot more intense on the tendons and the body itself compared to if you were doing the equivalent workout on grass,” Thie says. “But that’s where being smart, especially for younger athletes, even on outdoor facilities, that you’re not having them too fast, over too long distances in spikes too much of the year and the same principles apply.”

Take it one step at a time

Marshall advises athletes considering trying indoors to build up slowly and adds: “The biggest piece of advice I would give is not to do reps over 600m on an indoor track and go for the quality rather than the quantity. I’m a big fan of warming up outside still because it’s difficult to breathe inside.”

The air will also be drier inside, so that post-race cough that will be familiar to anyone racing a mile or 800m when they’re not used to such speed will be in evidence for all at the start of the season. “When I used to race I used to up my hydration 48 hours before in anticipation of it,” says Thie.

However, is indoor running for everyone? It is often said that some athletes are not suited to the set-up, perhaps because of the tighter bends. But Thie says some people may be too quick to dismiss it.

“I’ve heard that a lot – ‘I’m too tall for indoors or it doesn’t suit my running’,” says the Cardiff AC coach. “I do think that some runners have certain styles and I was quite lucky I had a style that suited indoors maybe more than outdoors and that could well have been as much psychological, I don’t know.

“I do think if you look at the record books for indoors there’s been every shape and size of runner has done well at some point. I think it comes more down to the psyche of some runners… I wouldn’t say to anyone you can’t run well indoors. If someone turned up at the track and was 6ft I would never turn round and say you could never run indoors. But some people it does suit and others they are a bit like a fish out of water.”

The record books and the fact that you are spending less time running in a straight line suggest that you will run slower indoors. However, there is another school of opinion. The fact that vastly more races are run outdoors compared to indoors, with some of the very best athletes ignoring the boards altogether, could be another reason for the disparity between athletes’ PB indoors and outdoors, and the world records for the two.

New Zealand’s Nick Willis, an Olympic silver medallist and 2016 world indoor bronze medallist at 1500m, has been quoted as saying: “I think when you are running 60 second pace or slower, the indoor tracks are faster. You get the springback, you get no wind but as you start going faster than 60 seconds while you get those two benefits, you are putting a lot more torque on your body as you go around the bends.”

Give indoors a try

One man keen to bring indoor running to the masses is Irish 800m record-holder David Matthews. Working with Athletics Ireland, he has launched NIA Live, an indoor series of meetings which has been running since November and goes on until February. In an effort to tap into the running boom, the innovative meetings at the National Indoor Arena in Dublin are open to all standards, and the beauty is you just don’t know who you will be racing, Sonia O’Sullivan was even a recent participant.

Check out some other examples of indoor tracks for competition or training in the UK and Ireland (please check websites for opening times).

These are full 200m tracks, but there are also more with indoor straights only, which are suitable for sprints.