Are you a good runner or a good racer? 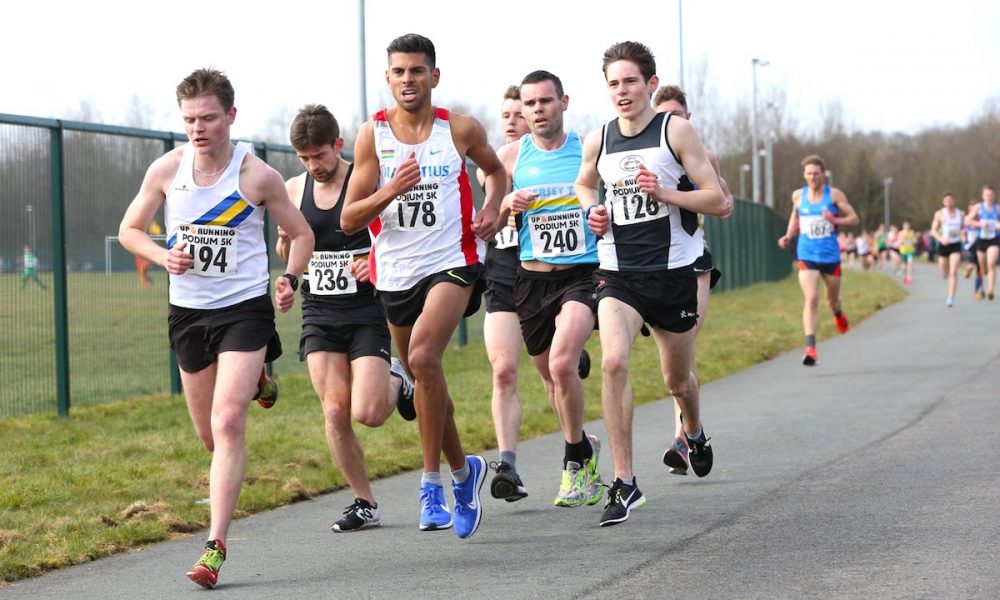 Would you call yourself a good runner or a good racer? Maybe you’re both. What’s even the difference?

Being a good runner is a physical thing. You have a high VO2 Max, a low running economy, long legs, great form and some of the best PBs around.

A good racer is a different thing. It’s about tactics, pacing and mental toughness. As races get longer in distance it’s about nutrition, hydration and knowing when to push. A good racer gets the best out of their ability, even against others who are seemingly ‘better’.

Now combine the two. Someone who is a perfect physical specimen and is an excellent racer. I’m thinking of people like Eliud Kipchoge. There’s the ability to break world records and the ability to race against the best in the world too.

Good runners as far as the eye can see

We all know good runners. They make it look easy and you’re jealous of that ‘natural talent’ they possess. They were always ahead at school cross country events when everyone ran as fast as they possibly could. At training sessions, everyone trails them.

How fit you are is a big part of running, that’s for sure. If you’re not fit enough to run under, say, 90 minutes for a half marathon then it doesn’t matter how well you race. Being a good racer is about getting the best out of yourself.

Good racers will have a deep understanding of their own ability and limitations. Gauging effort is a key part of racing, not pushing too hard when others around you are going too fast and knowing when to dig so deep you have nothing left when you cross the line.

If you’ve ever posted a negative split, chances are you’re a good racer. Do you overtake people more in the second half of a race than those who go past you?

Now if you’re already a good racer then this article can’t help you too much. You’ve just got to be patient, get consistent training in and become a better runner.

If you’re a fast runner, but a terrible racer then I almost envy you. Almost.

So what you actually need is purposeful practice and reflection.   If a button isn’t working and you just keep pressing it as you always did, maybe even a bit harder, then chances are it still won’t work. You might even break it or break your finger.

Whatever your chosen distance, you need to practice. If you’re 1500m or 5k runner then great. You could even get a few races into one weekend. Try racing from the gun, aiming for an even split or sitting behind the leader. They’re all different tactics and each has their values.

After each race, you should reflect back. Either on your own, with your coach or your fellow athletes. Just chatting track with other runners can make you a better runner. Why did they kick with 300m to go? Did you know how to pace the first lap? Learn. If you’re racing longer distances then reflection becomes even more key. As an ultra runner, the chance to race is limited by the body. Do too much and you break down.

For ultra runners the advice is normally quite simple. Start easy. Or just easier. If you are not overtaking people in the second half then you’ve probably started too fast. Given that most ultra runners start too hard, and many have difficulties in the second half, it’s easy to tell if you’ve raced well. You get to cheerily jog past people staggering around like drunks.

The same could be said for a marathon or even a 13.1 miler. Pace it well and there’s a big high in the second half. Passing people makes running feel easier.

Scientists like Professor Samuele Macora at the University of Kent has some great work on effort and our perception of effort. Imagine two scenarios. In both, you’re at mile 20 of a marathon and have paced exactly the same. Your fitness, nutrition, hydration, kit and everything else is identical.

Only one thing is different. In marathon A you’re being passed by faster runners and in marathon B you’re passing slower runners. The effort in marathon A will feel a lot harder than marathon B. Effort is a combination of all the physical factors and your interpretation of them too.

Coming back on track

So what has this to do with racing? Should we be picking races we know will have loads of people pacing badly in?

Not necessarily, but if you control just your own race, start easier. Whatever happens in the second half, however physical tired you are, mentally you will be able to push more if you have raced sensibly.

Yes, plenty of people run well being chased and it works better for shorter events. Some will excel better as the hunted, rather than the hunter. Yet when it is about getting the best possible result out of yourself, good racing will help.

You don’t have to aim for one or the other. Be the best you can at both and you will get closer to your full potential. Just focus on one and you’ll be left disappointed.

The main difference is the timeline. If you’re racing badly then improvements could come tomorrow, but training is much more about patience and consistency.

So, instead of looking for shortcuts on the outside with fancy shoes or special supplements, reflect on your own racing and be a better racer.

Tempo runs: what you need to know
Sunday’s long run is much more than another run