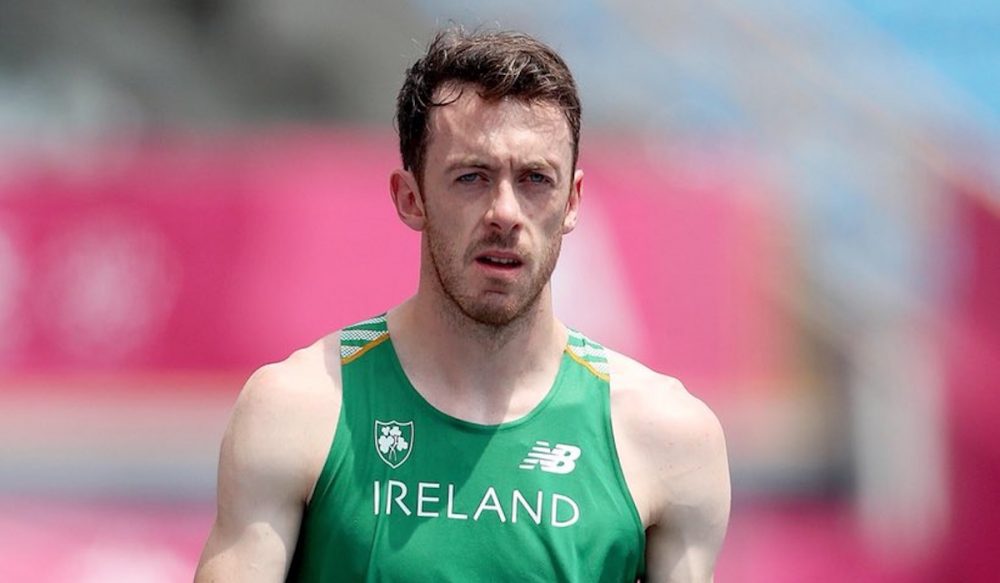 Ireland’s Paul Byrne is the fourth athlete in this series that asks top runners what they’ve learnt from bad race experiences and how they deal with it.

The 400m hurdler has been making great strides in recent years, representing Ireland at the European Athletics Championships in 2016 followed by the World University Games last year. In July 2017 he went to third on the Irish all-time rankings with a 50.03 PB at the Brussels Grand Prix, agonisingly close to a sub-50s clocking, but impetus enough to keep him motivated for an even more successful 2018 season.

It was at the European championships in Amsterdam where the St Abbans athlete suffered his most disappointing race to date, however, with a strong winter’s training and the fastest ever 400mH season opener of his athletics career behind him making the experience all the harder to bear.

Here the 27-year-old Hayley Harrison-coached hurdler reveals exactly what happened, how he dealt with it during and after the race, and what he’s learned from it.

The Killeshin-born athlete had started the 2016 season with a bang, producing his fastest ever opener and running PB after PB following a month’s training in Stellenbosch, South Africa the preceding winter. His glittering form and fast-improving times meant he had qualified for his first senior international, the European championships – life could not have been better.

However, just weeks before he flew to Amsterdam for the biggest competition of his life so far, his Achilles tendon started to cause problems: “I could get two to three days training pain-free and then it would flare up again,” he explains. “Anyone who’s experienced Achilles tendinopathy will know what it’s like. This all came to light at the worst time, and meant I had a broken spell of training in the last two weeks before the championships.” 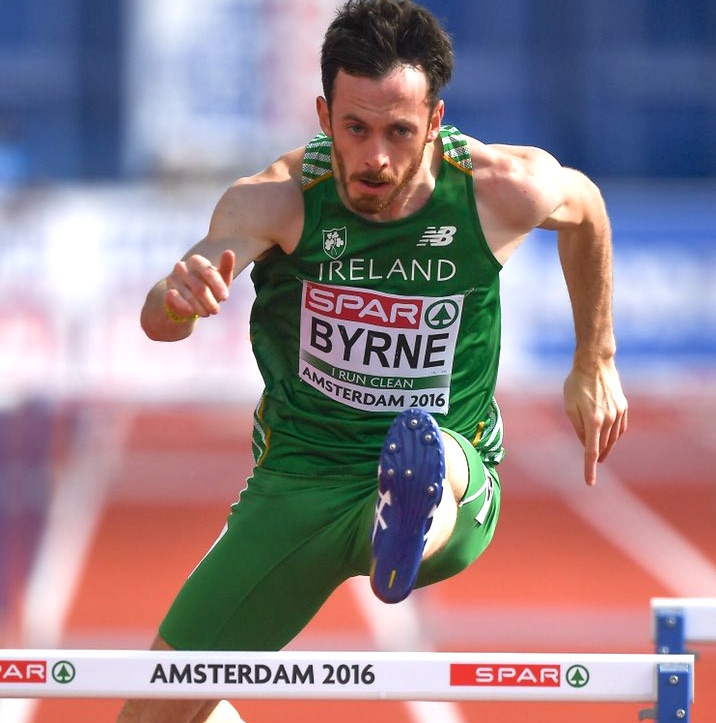 The 2017 World University Championships semi-finalist paints a vivid picture of the emotions involved in competing on a senior world stage for the first time: “Lining up on the start line for the heats of the Euros was a nerve-racking experience, my heart was pounding out of my chest and the butterflies were in my stomach.

“I knew I had to run 51 seconds to make it through to the semi-finals, and, with that broken spell of training in the lead up, I was unsure of my fitness levels. I decided I needed to leave it all on the line and have no regrets – go hard from the gun over the first five or six hurdles.”

While that is exactly what Byrne did, it all started to go wrong around the 7th hurdle, when he says he realised he was having to ‘reach and bound a little for the hurdles’.

He explains how his race fell apart, reflecting on it seemingly in slow motion: “I could see for the first time in the race out of the corner of my eye the different coloured singlets of Ukraine, Germany, Denmark, all starting to pass me by. My race at that point was well and truly over. I had given it everything but the fitness and race sharpness wasn’t there.

“The last 100 metres of that race was the longest and loneliest of my life. I went from being in the top two to finishing second to last in my heat. I remember turning to a Belgian athlete who finished just behind me – we had raced a few weeks previously and both ran 50 seconds – and he said ‘not our day today’.”

The aftermath of a disappointing race

Dazed and emotional, Byrne not only had to deal with the fact he’d exited his first senior international in the heats, but he was also forced to speak to the media in the immediate aftermath.

The experience still fresh in his memory, he recalls how he dealt with the situation: “I remember walking through the mixed zone – which was a whole new experience to me – and being asked for an interview with the national broadcaster. I didn’t know what to say. I didn’t feel I’d done myself, my family, my coaches or my country justice. It had been a long road to get to that point, but I assured the reporter I’d return stronger next time. I then chatted with my coach (Hayley Harrison), who gave me a hug and a shoulder to cry on while she listened to me vent. Nothing more needed to be said.”

Bouncing back from disappointment

The full-time Regional Development Officer at Athletics Ireland doesn’t have much time to dwell on bad races, and instead chooses to look forwards instead of backwards. He applied this positive mentality to his Euros experience with great success, running one of his fastest ever times at the Morton Games just two weeks later (50.81).

He reflects: “The world of athletics doesn’t stand still for too long and people quickly forget – you just have to dust yourself down, clear your head and move on. I went back home into a small bit of training and looked after my Achilles, but wanted to race again quickly to prove I was much better than what I had produced in Amsterdam.”

Byrne’s advice for how to deal with bad races

It’s clear the Irish 300mH record holder is not one to dwell on disappointments but instead chooses classic prose to express how he feels other athletes should deal with their own race disasters: “To use a quote from Samuel Beckett, ‘Ever tried. Ever failed. No matter. Try again. Fail again. Fail better,’ – that’s the advice I’d give to any athlete. Don’t be afraid of failing, use it to your benefit.

“You’ll learn more about yourself as a person and an athlete in your moments of disappointment or in your failures than you do when you win a race or succeed. They build resilience, which is something so important for the sport we’re in. They also allow you to reflect on how you can change things to make sure you improve next time.”

Poignantly, Byrne finishes by telling any aspiring athlete to remember that, one day, all the hard work will pay off: “It can be a cruel sport for sure, but all the bad days and disappointments are totally justified for those couple of moments in time when everything clicks and you run the race of your life.”

This article is part of a series that asks runners what they’ve learnt from bad race experiences and their advice on how to deal with it. Related articles include Dewi Griffiths: How do you bounce back from a bad race?, Elle Vernon:  the negative impact of outside stresses on running and Gemma Steel: the pressure from others’ expectations.