Charlie Christensen is racing to the top 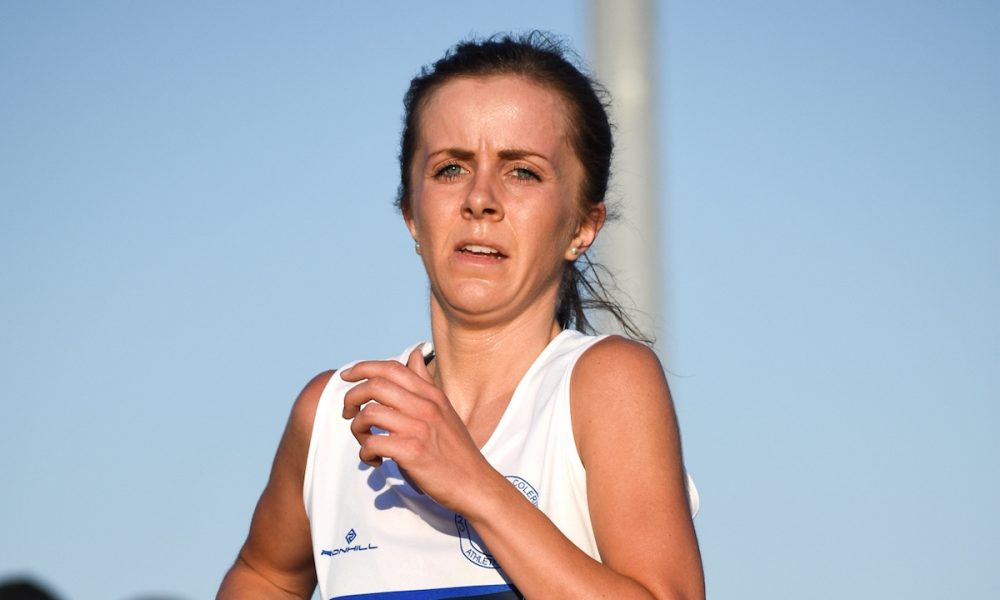 The talented Cambridge & Coleridge runner chats about her training, her progress and aims for the year ahead.

Cambridge & Coleridge is a club brimming over with talent, with Charlie Christensen one of the club’s current brightest hopes for representation on a global stage.

There are a small number of clubs in the UK currently producing a stream of top-class athletes, including Aldershot Farnham & District and Swansea, but Cambridge & Coleridge is fast joining the country’s big guns as one of the most successful.

The 25 year-old has run impressive personal best times for the 5000m (16:06.86), 10,000m (34:22.33), 5k (16:11) and 10k (34:13) this year, finished 11th at the English national cross country championships, third at the Southern cross and the Home Countries international, ninth at the Inter-Counties cross, and also formed an integral part of the silver medal-winning National Road Relay team in April, running the seventh fastest long leg of the day.

The Suffolk-based talent made her England debut at the Seville cross country international earlier this year, and had a successful British Athletics Cross Challenge season as well.

She credits having a big, friendly and successful group to train with at Cambridge & Coleridge for her rise up the rankings, along with coaching from Neil Tennant and a decent period of injury-free running.

A regular slice of cake is also mentioned as a key part of her fuelling!

Fast Running: You’ve made fantastic progress since joining Cambridge & Coleridge (C&C) in 2015, can you tell us how you’ve improved so much in the last three years?

Charlie Christensen: I think it’s been a number of things really, but the main thing for me has been consistency in training, which is something I have never really been able to manage before. I joined C&C after finishing university, so it meant I had a bit more of a routine, which works for me.

My current job is also pretty flexible, so although I’m working full time I can alter when I start and finish, and can usually fit a run in at lunchtime if I need to. There’s a great big training group at C&C too, so there is always someone to push you in training.

I would really like to move to Cambridge at some point. I still work in Ipswich and live near Bury St Edmunds, so it takes me about an hour to get to Cambridge. I really like the city and the club overall is great. I had never been to races and had so much support from other runners in the club before, as well as all their families!

It’s also crucial that my coach, Neil Tennant, is able to figure out what works for me in terms of training to make sure I can train consistently without too many injuries or illnesses.

FR: Can you tell us more about the importance of club support to you as an athlete?

CC: There is a real team emphasis at the club and the spring and autumn road relays have to be my favourite events of the year. Not many clubs can pull together two really competitive senior ladies teams for the 6-stage relays, and that’s one of the great things about the club. (C&C’s women won team silver at the national road relays in April this year).

Although I’m coached by Neil Tennant, I join in with Mark Vile’s training sessions once a week. There is only a couple of us coached by Neil which means training can be changed or moved around if I’m feeling tired or have other things on.

I think this has been really important in keeping me free from injuries as I have been very injury-prone in the past! Mark has a great set up at C&C and I am so grateful he lets me join in with the group.

Everyone works really hard but has a lot of fun at the same time which makes you want to come back and train hard week in, week out. The group is getting better all the time and this is definitely showing in everyone’s performances recently. The club is going from strength to strength and there are a lot of brilliant juniors coming through, keeping us all on our toes!

The benefits of consistency in training
Before I joined C&C I was still at university in Newcastle, and although I did the odd session here and there I was more just running for enjoyment at that time.

I started running properly again in my final year and was lucky that I had one of my best friends, Amelia (Pettitt, a 16:44 5k athlete), in Newcastle to train with, which motivated me to get out the door and start getting fit again!

I am much more consistent with my runs between sessions now than I was before university, and have reduced the number of sessions I do from three to two per week, which seems to be working well for me. FR: Who do you train with on a regular basis?

CC: Most of my training is done on my own, but I am lucky to be able to train with the group at Cambridge once a week for a Tuesday evening session.

It is quite a large group, which I really like, as there is always someone to run with. Although we mostly all train in a big group, the majority of my sessions are with Julia (Paternain, England U20 international) and I spend most of the time trying to hang on to her.

For my Saturday session I train with Suzie Reid (2:12 800m athlete) when she is back from university, but other than that I do it on my own.

Tuesday evenings are definitely my favourite session of the week. I think it’s really important to have a good group and is essential for you to improve. Training as part of a group takes away the monotony of always running on your own, and Mark’s group at C&C have been having so much success recently which motivates you to train even harder.

The set up I have though gives me a really good balance as I get the best of both worlds by having one session with a large group and one on my own. Personally, I think doing a session on my own once a week is really good at making me mentally able to push myself if ever I’m alone in a race.

A typical week’s training for Charlie Christensen
I typically run to time and feel rather than having set distances and pace to meet each week. An average week would look something like this:

Monday: 40 mins and some core work

Tuesday: Club session. In the winter this is on the road and is long reps such as 5 x 5 mins with 3 mins recovery between each. In the summer this alternates between a track and grass session, something like 12 x 400m on the track or 12 x 70 secs on the grass

I also try and fit in some S&C work at some point during the week, but the amount varies depending on how busy I am that week!

I don’t eat a particular diet, I generally eat pretty well anyway but most people that know me will tell you how much I love a good piece of cake! I do like to eat a tuna sandwich a few hours before a race though, no matter what time of day it is!

CC: I wasn’t really sure what to expect going into this season. I had a bit of a hamstring injury at the end of the winter season so missed a couple of weeks training, but I knew I was still in pretty good shape and training was going well again.

My aim going into the season was to run the qualifying time for the British champs over the 5000, but I really had no idea whether it would be possible or not, having not done one before.

I ran a 5k on the road in Ipswich in early May (where Charlie ran 16:11 to finish fourth) and that gave me a bit of confidence heading onto the track.

Highgate was my next race and I really enjoyed the whole event. I had never even been to watch before but it was one of the best events I have ever been to. The atmosphere was amazing and the races were really exciting to watch, and we had a few C&C athletes to cheer on too.

I didn’t particularly enjoy the race itself, I got a bit carried away and started too fast and don’t think I was quite prepared for 25 laps, so I was a bit disappointed with how I ran there. Saying that, I will definitely be back for another go next year! (Nevertheless, Charlie ran 34:22:33 in her first ever 10,000m)

I then ran a 5000m at Watford a week later – my legs had felt tired all week so I wasn’t convinced it was going to go well. Luckily they felt good once I got going, but having learnt my lesson at Highgate I held back a bit early on.

I was happy with that race, but looking back I think there was a bit more there if I had gone a bit earlier, so I’m hoping there is at least a few more seconds to knock off that time this season. (Charlie ran 16:06.86).

FR: You also enjoyed great success over the country last season, would you say it is an essential surface to race on for a strong track and road season the following summer?

CC: Yes, I definitely agree that cross country is really important to build strength during the winter. For me, cross country season is my favourite time of year.

I enjoy running on the road and the track in the summer, but you can’t beat racing round Parliament Hill! It definitely makes you mentally tough running 8k on the really challenging courses and you feel so much faster when you then go to race on the road or the track.

I raced pretty much every other weekend during the cross country season this year and it’s definitely meant I am going into the summer season fitter than I have been before.

FR: What’s next for you race-wise?

CC: My next race is going to be the British champs in Birmingham. I was planning on doing a 1500m at some point before that, but I have picked up a bit of a niggle so I don’t think I will be able to fit it in now.

I would like to run under 16 minutes for the 5000m this year, but my goal for Birmingham is just to race well rather than chasing a time.

RELATED: Jack Gray has his sights on more than tabloid headlines