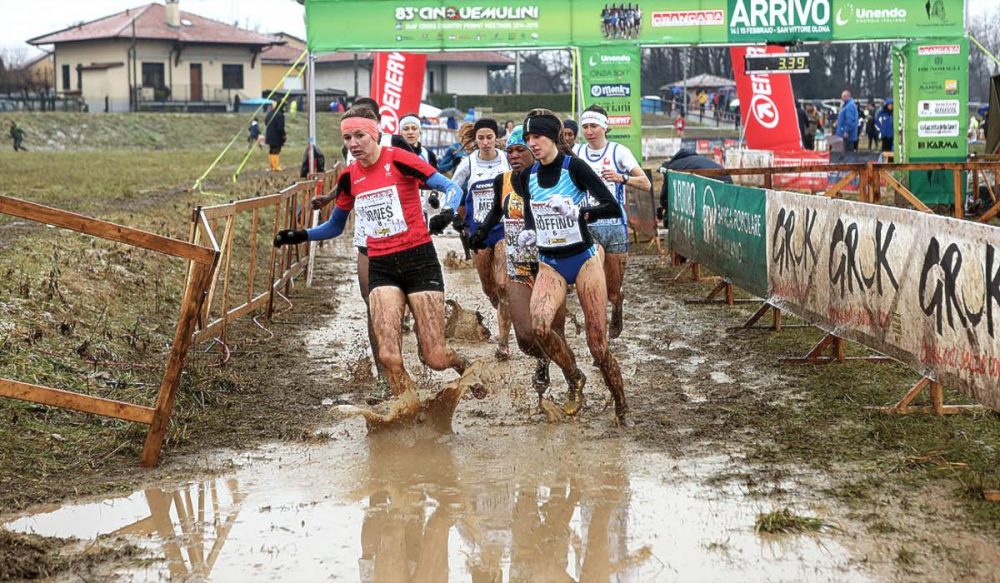 In a world where many elite runners enjoy the benefits of full-time training, and plenty of rest and recovery between hard sessions, Caryl Jones and Dewi Griffiths could not be more different.

They Welsh endurance stars have got to where they have off the back of 5.30am starts in the milking parlour and long hours in the lambing sheds, juggling high mileage training with farming.

Interestingly, the Griffiths and Jones family farms lie less than 30 miles apart, and, with the exception of Jones’s ‘second’ job as a chartered accountant, the Swansea AC pair’s daily routines are similar too.

Here, we look at how these rising stars from the Welsh hills and valleys of Pembrokeshire and Carmarthenshire balance the often gruelling, energy-sapping work on the farm with the equally demanding marathon training.

The Swansea star admits she ‘lost it mentally’ in relation to athletics during that period and for a number of years afterwards, although she did make the beginnings of a comeback in 2016 when she won the Welsh national cross country championships.

The best was yet to come from Jones, though, and in October last year, she joined Griffiths in making a stand out marathon debut, for her stunning 2:34:12 inaugural outing over the 26.2m distance proved she was well and truly back on track.

The 30-year-old finished 2017 ranked 7th in the UK for the marathon, and topped that off with a top class 27:28 clocking over 5 miles at the end of that year.

Her most recent race outing was a victorious one, taking the win at the notoriously competitive Telford 10k in 33:18, her fastest time over the distance since her most successful year to date, 2012.

Unlike most elite endurance runners, Jones doesn’t start the day with breakfast or the first run on the schedule, but instead, she’s up at 5.30am to milk the cows on the family farm in Tavernspite, Pembrokeshire.

“We have two farms – one is arable and beef and the other has dairy cows and beef,” she explains. “We have holiday cottages on one of the farms as well, so I’m busy helping my mum with that as well as the farming. I live a mile away from the ‘home farm’, where we milk 130 cows. 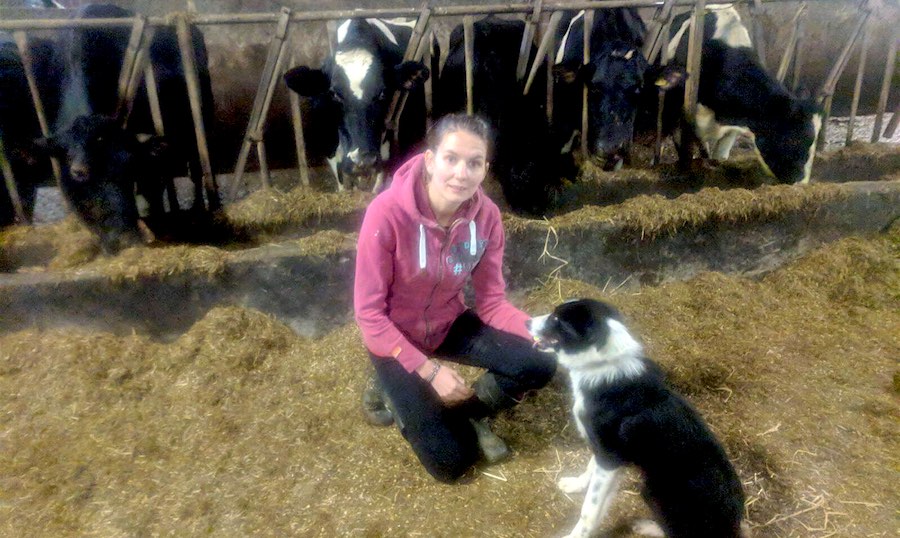 “My typical day involves waking up at 5.30am to go and milk and help do some smaller jobs on the farm until 9am, with a break for breakfast at some point!

“I then train between 9-11am before starting my other job as a chartered accountant at 11.30am. I’ll finish that job at 5.30pm, and then go back to the farm where I will help finish the milking and feeding and be home by about 7.30pm, when I do my shorter run of the day before settling down for supper.”

As if that doesn’t sound exhausting enough, she trains twice a day six days a week with ‘just’ one long run on Sunday. That’s right, no rest days, from running or farming!

Jones goes into more detail: “I run 45 minutes to an hour in the morning on Mondays, Wednesdays and Fridays and 30 minutes in the evening, while my sessions are on Tuesday, Thursday and Saturday mornings, with a second run later on. I don’t run to pace, I just go by how I feel on the day.”

She’s quick to credit the support she receives from her partner, who does all the cooking, adding that ‘having him has made my training consistent, as I’m getting all the right nutrients’. Jones also says that since she started targeting the marathon with her coach, Alan Storey, she has enjoyed having a new training focus, with ‘everything starting to fall in to place’.

“Alan is an excellent coach, and has been a massive help in getting me over my injuries and making sure I train consistently,” she enthuses.

When speaking Jones was away on a training camp in Murcia, Spain, with Welsh Athletics, which is served not only a chance to train with Wales’s finest – including Dewi – but also a chance to have a break from farming!

“It’s a massive help,” she confirms. “It’s a nice break away from the farm. My brother and parents are covering my shifts and I can’t thank them enough to allow me to be away.”

However, the demands of farming are never far away for this hard-working Swansea athlete, who adds that she had to delay her Sunday run before heading out to Spain ‘because I had to dose some sheep and ensure there was nothing urgent that was going to pop up when I was away’.

While Caryl Jones has only recently returned to form with a sparkling inaugural marathon performance, Griffiths’ own 26.2m debut in Frankfurt last October marked the pinnacle of the best running year of his life.

The 26-year-old’s 2:09.49 clocking came after posting PBs in every distance, from 3000m up to the half marathon, in the months leading up to his marathon breakthrough. But his commitments on the farm keep his running ambitions in perspective on a daily basis. 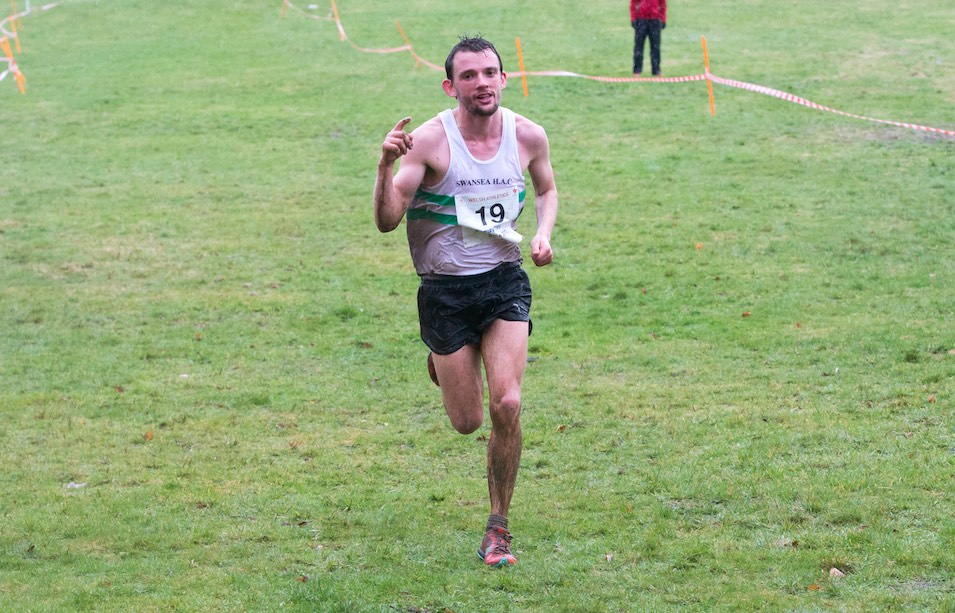 “Farm work can be physical, it can be long hours, but I guess for the marathon you’ve got to be mentally tough and strong,” he reflects. “A lot of runners used to do manual work back in the day, and ran 100 to 120 miles per week on top of it. My lifestyle with farming and running probably corresponds to that, as I’m only running 100 miles a week when marathon training.”

The crucial point to focus on is that he manages to balance running ‘only’ 100 miles a week with helping out on the 300-acre family livestock farm in Llanfynydd on a daily basis. The Griffiths farming empire consists mainly of sheep, with a small herd of milking cows.

“When I’m home I’ll be helping out every day,” he explains. “However, I’m pretty fortunate to have supportive parents, so in the last couple of years, the bigger jobs have been planned around my running a bit more.

“This year we’ve planned to start lambing a couple of weeks earlier than usual, just so that I’d be home to help out with some of it. It can be tiring at times but it’s something I’ve grown up doing.”

RELATED: Dewi Griffiths: How do you bounce back from a bad race?

As a result, Griffiths has adopted a surprisingly relaxed attitude to his training schedule, to allow for the demands that both farming and living in a rural area place upon his timetable.

“Training needs to be flexible,” he explains. “Where I live, once it’s dark that’s the end of the training day for me, as there are no street lights here. This means I regularly have to cut my second run shorter than planned, or sometimes not do it at all, because I’ve been caught up somewhere.

“During peak lambing times, I might not physically be able to manage more than about 50 miles in a week, where normally I’d be double that. I’m lucky that my coach (Kevin Evans) understands my situation!”

As Griffiths explained, lambing will be early this year to allow for him to concentrate his training, but regardless of where he is competing on the world athletics circuit, this Welsh runner knows that whenever he’s home, the miles must be balanced with the demands of the farm.

“Like everything in life, if you want something you’ll make time for it,” he says, summing up why he and Jones have balanced their physically demanding lifestyles so successfully.