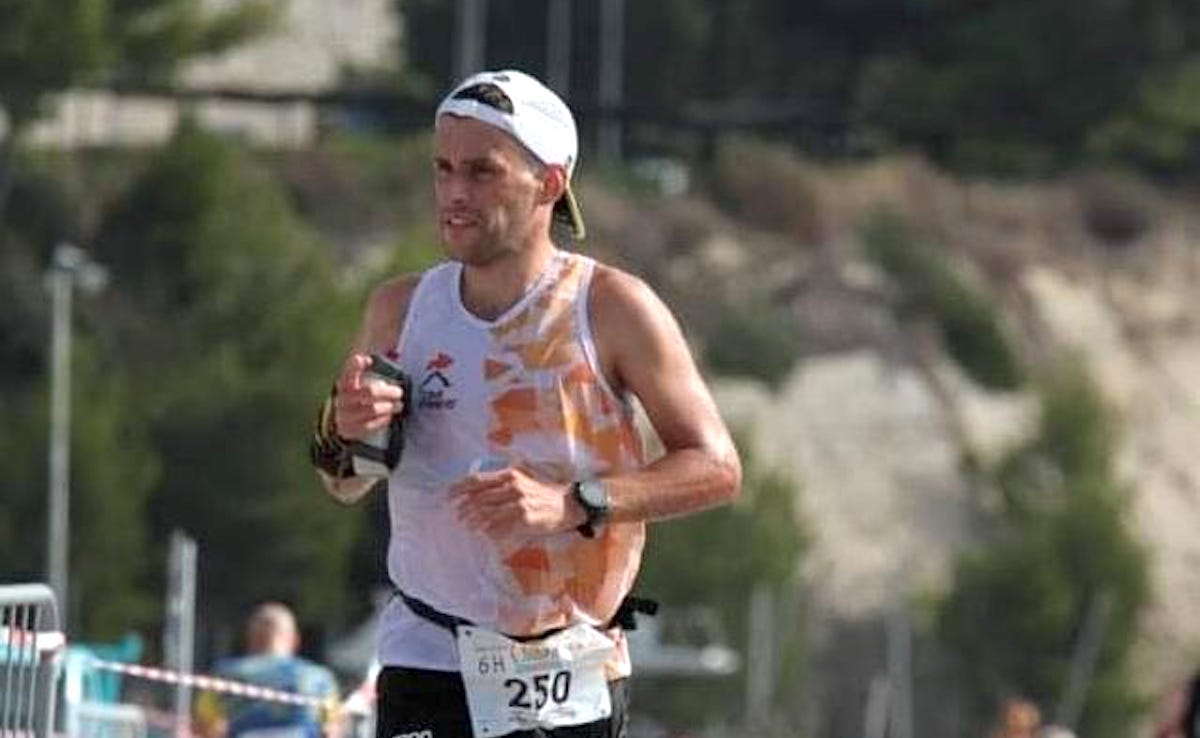 For those who are interested in what was said about the Coros Apex model, find the older review here. There isn’t a huge amount of difference in these two watches, for how I’m using it, but I will do my best to give an insight.

After a couple of years the watch was working fine, but was a little worse for wear. It had survived the Jordan Trail FKT, Dan Lawson’s LeJOG and a whole host of racing and training, but the glue holding the face together was loose. I’ve not heard of anyone else having this problem and a replacement/repair was offered by the support team, but I decided to fix myself and keep it as a back-up.

Speaking to Coros UK there was an opportunity to become an ambassador for the brand, which meant an upgrade to the Coros Apex Pro, and as it was a product I was really happy with as an athlete, it seemed smart move. So with that in mind, here’s a review of the newer Coros Apex Pro that will endeavour to stay impartial, but be aware of the association.

On the face of it there are additional buttons on the Apex Pro, which give you a little more functionality, especially in colder conditions. That said, it wasn’t like the Apex ever left me feeling “I need some more buttons here”.

Other improvements include slightly longer battery life for normal GPS mode (35 up to 40 hours), which could be the difference of getting to the end of a 100 mile mountain ultra without being in the ultra-max mode, but probably not a concern for most runners in day to day training.

Altitude mode lets you know oxygen saturation levels, so if you’re heading up Lhotse you can check you’re not rushing. Obviously avoiding HAPE and HACE is important, but I’m not sure it’s a feature most will be using and it’s actually not a responsibility I would happily hand over to my watch.

In time the navigation mode on the Coros Apex Pro is apparently going to get proper maps, which will be a huge update on the “line on the screen” style navigation there already and that is a very worthwhile upgrade that differentiates it from the normal Apex.

Is it any good?

This is where you have to use your critical thinking, as I am now an ambassador for the brand (a free watch, a t-shirt AND a hat) so maybe as a reviewer I’ve sold out to the big businesses. There’s probably a reason though that most people have stopped asking us to review things on Fast Running and we don’t get any paid ads.

The watch is brilliant. The battery life is simply incredible and it’s as accurate as any other watch I’ve used. This is especially true on a track (in track mode) but also on smaller loops. If you’re looking to win the virtual 5k world series by cheating the system, then this isn’t the watch for you.

For a recent six hour event on the Italian coast it was 2km loops. Most watches will struggle with this type of twisty course with two hairpins bends (my knees certainly didn’t like it) but the Coros Apex Pro did the job superbly. I can even spot the time I wee’d behind a bin, went for a poo, stopped to be sick and sat with the medical team for a few minutes (not my finest race). See if you can spot where I put in the extra metres?

The race directors had chip lap timing and then measured our final lap with a wheel so you know they’re accurate. So how close was it over six hours? The watch came up with 75.912756km and the result was 75.792km. Less than 200m difference and that includes juking round people and the above mentioned extra mileage I put in. It’s impressive. Really impressive.

What about customer service?

One of my athletes did have an issue with their watch this year. The screen started playing up so we also can a good idea of how customer service is for the general consumer.

The responses were quick and the watch was eventually replaced for a new one. A two week wait for the replacement was a little frustrating, but no company is just going to send out a new product without first checking what’s up with the previous one.

Overall a positive experience and the athlete is still content with the Coros as their choice of GPS watch brand.

Given the extensive Apex review here, nothing has changed hugely in my opinion of all the great features.

The workout mode, easily useable with the app on your phone, allows you to create pretty intricate and unique workouts. Whereas the simple interval builder on the watch itself is great for creating a workout on the go. Having the option of an open length of tim for warmup and cool down is really useful too as sometimes we just don’t know how long the body needs to get ready.

As with before I still lose the charging cable every now and again, simply because it’s so long between charges. Even when running 80+ miles in a week it’s not likely I’ll charge the watch and if I am unfortunate enough to be heading out for a longer run with less than 10% it doesn’t take much time to boost it to the necessary level.

So is it worth spending the extra £150 on the Apex Pro over the Apex? For me it isn’t. If and when they include the topographical maps for the Apex Pro then it becomes a slightly tougher decision as that really is useful when following a route and will be important for anyone moving in the mountains.

The Apex Pro is a great watch, a little bit bigger then the Apex and with some extra features. We have heard that “Touchscreen, and TOPO maps are coming to APEX Pro and VERTIX 1 users later in the year as a free update” so that could be a big change.

If you like the look of the Pro better or simply want to have it because the name makes it sound better, then go for it. If you’re just after the all singing, all dancing, does-everything watch, then maybe check out the Vertix 2, the newest release that does have more features with its bigger price tag.

Want a brilliant watch for marathon training or something to last the length of your 35 hour ultra-marathon, then the Apex is still your best option. If you’re going to be out for 40 hours and want to know if you’re suffering from altitude sickness, maybe get the Pro.

If you enjoy Robbie Britton’s writing and reviews then why not check out his upcoming book 1001 Running Tips, that does include a technology section. Available for pre-order now.