Shoe review: running on ‘clouds’ with the On Cloudflyer 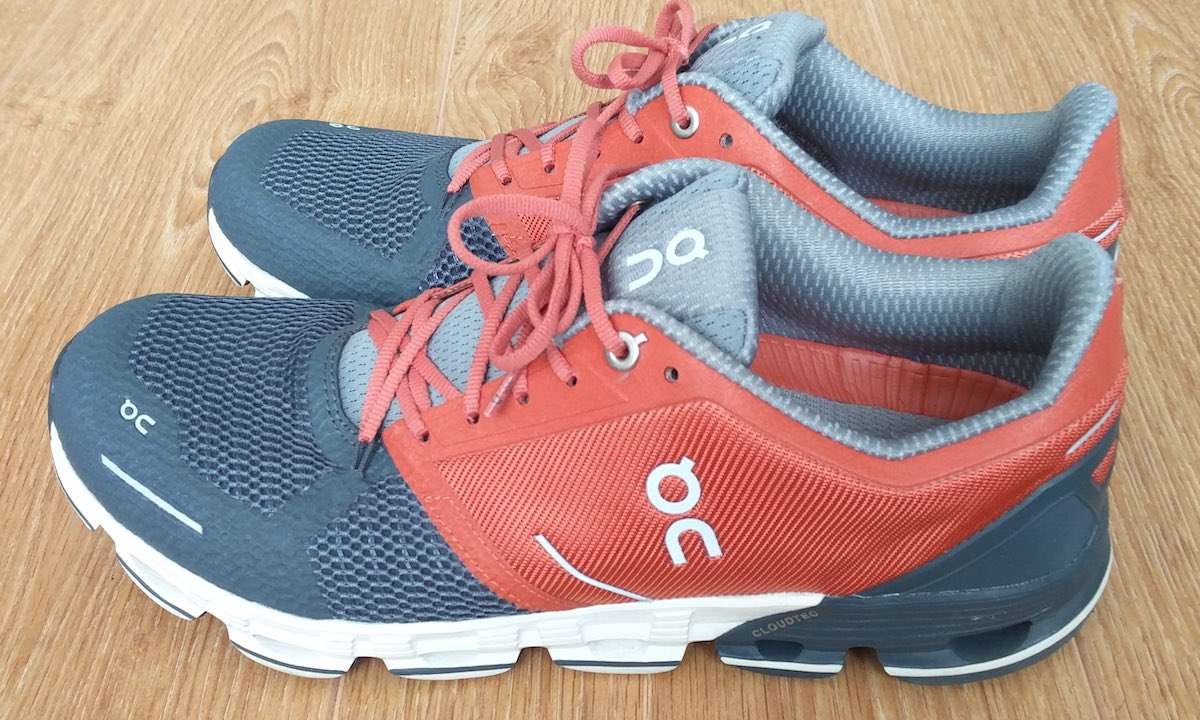 On Running’s stability shoe is made for road running and lives up to exactly that.

Designed to stand up to miles and miles of pounding the pavement, the lightweight stability On Cloudflyer should provide enough cushioning and support for most distance runners.

Since making its move into the UK market, the Swiss company has signed up the running stalwarts Andy Vernon and Chris Thompson as ambassadors, as well as dedicated club runners such as Kirsty Longley and Ben Fish.

Blackburn Harriers’ Fish features on Fast Running this year as part of the ‘Fast 10: class of 2018’ and when asked about his go-to shoe for most of his training, he said: “I’ve been using the Cloudflyer, which is a great shoe for mileage.”

On that recommendation, I put the shoes to the test and completely agree with it as being a shoe for high mileage and regular runs.

Now in its second generation, the shoe weighs in at 283g for men and 243g for women. In terms of appearance, what stands out about the Cloudflyer to other brands, is the 12 ‘clouds’ underfoot. The cloud elements, developed with On’s Zero Gravity foam, move individually as they absorb impact with each foot-strike.

My assessment would be that the cloud elements are firm compared to highly cushioned shoes, but deliver enough cushioning for long runs, while still feeling like a lightweight performance shoe.

The fit of the shoe is comfortable and snug, while the heel is kept well in place and centred throughout a run. This is helped by the laces, which are slightly stretchy, and tie in a criss-cross fashion.

One downside about the cloud elements is that stones can become lodged underfoot if running regularly off-road, so do keep that in mind if you normally train away from the tarmac. I did not get to test the shoe in wet weather, but other reviewers have noted the grip on wet surfaces.

The Cloudflyer’s £135 RRP will put some runners off, but a good shoe that can stand up to the demands of regular long runs is worth the investment.

On the road, the Cloudflyer is at home and I have no complaints. The shoe is light enough to also double up as a racing shoe but other On Running alternatives include the Cloudflow or Cloud-X. Not that it is important to every runner, but in terms of style the Cloudflyer comes in various colour combinations, such as the orange and navy pair which I tested, which allows them to double up nicely as a casual shoe well after you have logged your daily miles.

In terms of size they size up slightly small, so do try on a couple of different sizes before purchasing.

Overall, I would recommend the Cloudflyer for long distance runners, from the natural runner to those that require a bit more stability.