Cloudflyer not really for flying 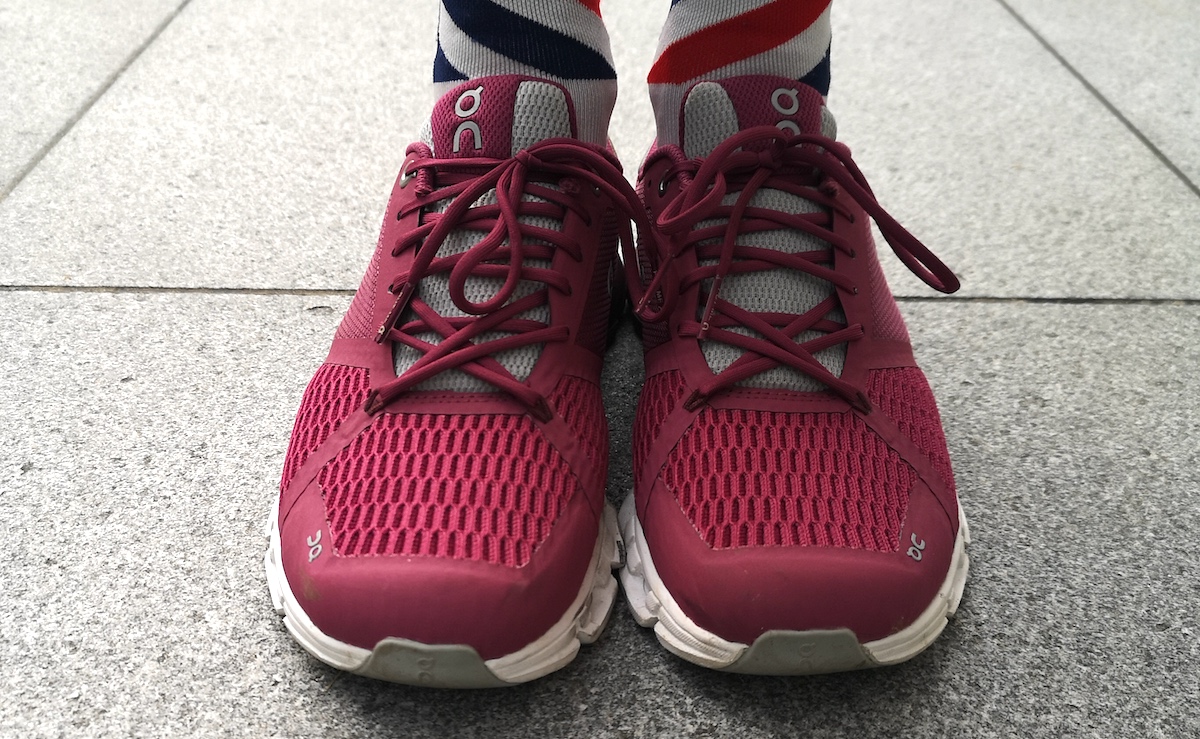 In August, On running released the next generation of their Cloudflyer shoe – Gill Bland has been testing them out over the last few months and here are her thoughts.

Pitched as a “soft, stable, road running shoe” which On say are for “intervals, tempo runs, recovery runs, short runs to marathons, heavier runners, runners that prefer a wider fit”.

First impressions are that this is a solid and confidently made shoe. The upper is aimed at comfort and the heel is locked in using a solid collar running over the top of the fabric on the outside and a higher section up behind the achilles.

There are 6 Clouds on each side which are considerably chunkier than the 9 smaller ones you’d find on their lighter, neutral Cloudflow. The combination of the Helion foam in the midsole and the harder material of the Clouds provides protection and comfort whilst still retaining a firm sensation.

This a mild stability shoe, so I appreciate that as a runner who doesn ‘t usually choose to wear support models, it might feel a bit different.

However, as a fan of the Cloudflow and Cloudboom I was surprised that for the first time ever I actually noticed the sensation of the way the sole is sectioned up.

This feeling disappeared after the first ½ a mile and from then on they were, well, a solid, comfortable shoe. Gill isn’t one for the rules of the street

This shoe is lighter than comparable offerings from Saucony or Asics and I’m sure you could do tempo sessions in it if you wanted but it just feels like it’s not meant to be fast. It’s hard to put a finger on it. It feels like crumble and custard, when the cloudflow feels like fruit and yoghurt.

The standard of design detailing is, as you’d expect from On, very high. The taped seams, the intriguing star lacing system, the reflective detailing all make the a beautiful shoe to look at.

There’s nothing wrong with this offering from On. It’s comfy and it’s durable, but there are plenty of other shoes that fit that brief.

The look of it would have to be the differentiating factor here, as there are plenty of nice colourways to choose from. If you’re starting to ramp up the miles for the first time, just run-commuting and want a workhorse, or if as On put it, you’re a heavier runner who likes more under foot then this would be a good shoe to use.

Once you’re comfortable with more volume though I suspect you’ll be looking to the Cloudflow which has more pop and can still eat up the miles.

A real workhorse shoe. Can’t see this wearing out any time soon
Plenty of protection underfoot but don’t feel spongy
Ideal for recovery runs and building up long miles