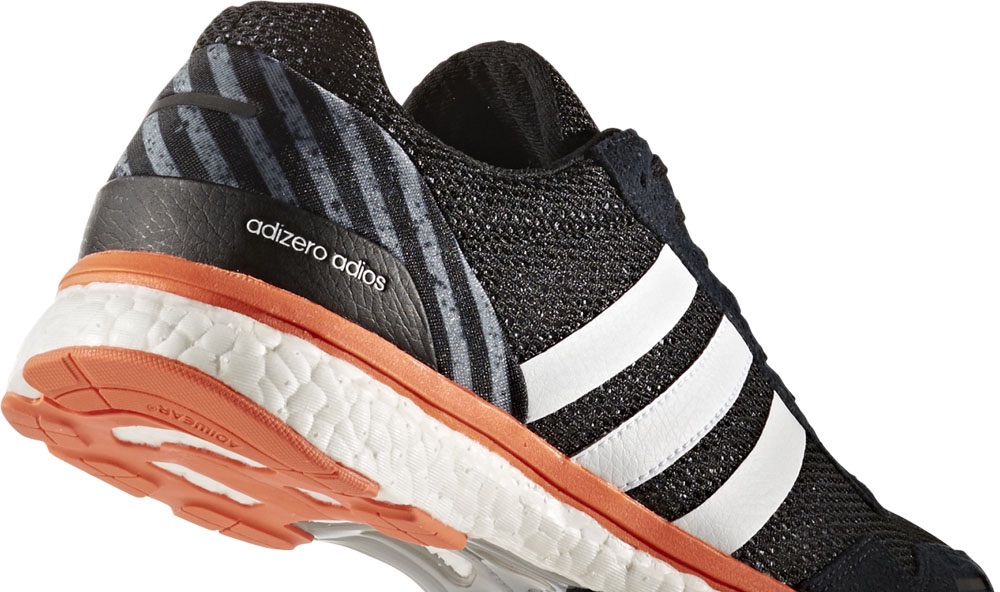 When it comes to racing shoes the Adidas Adizero Adios Boost 3 is one of the quickest out there. Could this be the road shoe for your next PB?

Adidas’ Adios Boost 3 feels great straight out of the box and the boost cushioning makes for a really comfortable ride. Although this may not suit everyone all the way up to the marathon, it’s great for 5k to half marathon, training and racing.

The 2.0 version of this shoe holds the marathon world record, along with Dennis Kimetto of course. The 3.0 version is practically indifferent and is a favourite amongst Adidas athletes, including London Marathon winner Wilson Kipsang and fellow Kenyan star Joyciline Jepkosgei, who wore the shoes en route to her two half marathon records in 2017.

The shoe is great in on a wet track and roads, thanks to its Continental outsole, which offers great traction even in the pouring rain. At first, the sole of the shoe being made by a tyre company might seem like a gimmick, but who would have put more R & D into rubber?

A breathable, seamless upper mesh means it is a lightweight trainer (229 grams in size 8) that will only helps as you chase those PBs – as long as you’ve put the training in of course.

It is quite a narrow shoe, so it’s also worth trying a pair on before buying if you’ve got wider feet.

At £130 RRP when it was first released, it isn’t a cheap thrill, but depending on the colour you can pick them up now for as low £70. If you buy the shoe just for racing and high-intensity sessions it can have a good lifespan. When it comes to the bulk of your mileage you might be better off in sturdier shoes like the Boston or Response Boost.

Narrow in the forefoot
High priced for a racing shoe but can be found cheaper.

New Balance Zante: the shoe for everything… kind of