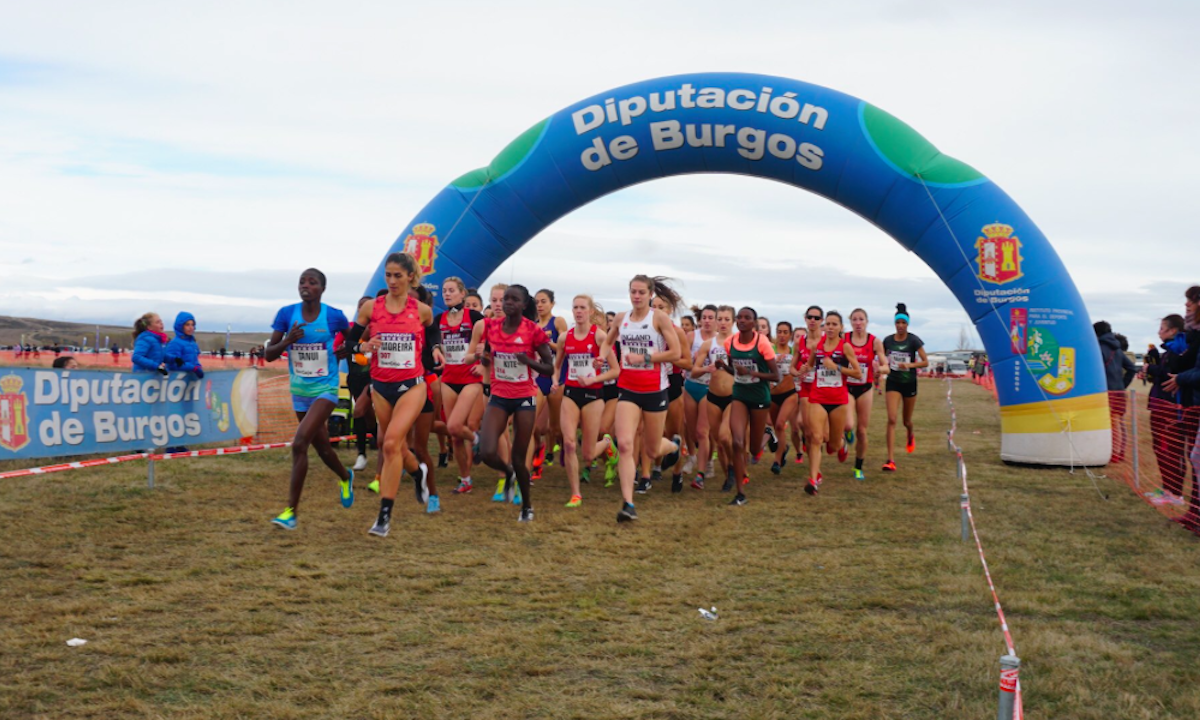 A great weekend of cross country running in the UK and overseas, plus good results on the roads at Cheshire 10k and the Poppy Half in Sussex.

Strong English and Welsh teams were sent to the Cross de Atapeurca in Spain this weekend. Jake Heyward took a commanding victory in the men’s U20 race for Wales, with Rory Leonard bagging second place for England. Both promising British stars put in excellent performances in their respective national vests in the competitive Spanish event.

In the women’s U20 Zoe Wassell finished a superb third place for England behind Mariana Machado and Cristina Ruiz. The youngster is going from strength to strength after a fantastic showing at the National XC relays last weekend and eighth place at the British Athletics Cross Challenge in Cardiff in October. In the senior women’s event Teferi Senbere of Ethiopia was first with Charlotte Arter finishing an excellent ninth position after showing her form at Cardiff parkrun last week. Nicole Taylor was 15th for England, Jenny Nesbitt 20th for Wales and Lydia Turner and Elsey Davis both finished top 30 representing England.

Welsh athletes Beth Kidger and Bronwen Jenkinson were 36th and 56th respectively whilst Holly Archer was 41st for England.

In the senior mens Joseph Kiplimo of Uganda was first across the line, followed by Aaron Kifle of Eritrea and Edward Zacayo od Ethiopia.

Britain’s Andy Vernon was 12th in a world class field and first European athlete ahead of the like of Adel Mechaal. with Kieran Clements was 27th, William Fuller 33rd and Thomas Austin 67th for England. Dan Nash and James Hunt were 51st and 63rd for the Welsh team

Dewi Griffiths and Jack Gray were on the entrants list but neither started. The Lindsays’ scottishathletics National Short Course XC Championships at Lanark race course saw some fast racing over the four kilometre course. Sol Sweeney and Jemma Reekie, both coached by Scottish performance coach of the year Andy Young, were winners on the day.

Sweeney had tough competition from Adam Craig, who set a fast early pace, but his 11:32 for the fast XC course was enough to win from Craig (11:36) and Aberdeen AAC’s Michael Ferguson (11:40).

It was a first senior gold for Reekie, who ran 13:07 over the equal distance event, to pip Morag Miller by just two seconds. A further 10 seconds back was Steph Pennycock, who led the Edinburgh Uni to a team victory.

Anna MacFadyen was the women’s U20 gold medallist, whilst Sweeney took both the senior and U20 titles in the men’s event.

Tim Raynes of Blackburn Harriers & AC won the men’s event in 34:57. Rains won the first match in the league in October and continued his fine 2018 after posting Pbs over 3000m, 5000m and half marathon already this year.

Benjamin Coop of Bury AC was second in 35:07 and Robert Webb of Rossendale Harriers & AC was third in 35:20.

The women’s senior race was won by Lily Coward of Invicta East Kent AC in 16:42, but only just behind was V50 athlete Maria Heslop of Tonbridge AC in 16:55. Hislop’s team mate Sian Robertson was third in 17:21. It leaves the Tonbridge AC pair in first and second positions in the league after three matches.

The men’s senior results have not been updated yet but the U20 event saw some excellent performances with Oliver Prior and Daniel Schofield both dipping under 15 minutes for the five kilometre cross country. Prior, of Ashford AC, ran 14:56 and Tonbridge AC’s Schofield ran 14:58. Callum Myatt of Blackheath and Bromley was third in 15:39.

GB XC international Patrick Dever was the winner for Loughborough Students in 30:26. The young Dever is an excellent athlete across the country and comes into his own. Kadar Abdullahi was close behind in 30:31 and the Birchfiedl Harrier was given the same time as Loughborough Students’ Jamie Williamson as one can only imagine a fine sprint finish took place.

Ali Lavender-Rawlinson of Oswestry Olympians was first across the line in 21:56 for the North Wales XC League match in Wrexham. Menai T & F’s Sarah Livett was second in 22:43 and Miranda Grant of Eryri Harriers was third in 22:58 and was first V35.

In the men’s race Matt Hall of Shrewsbury AC won a close battle with four runners within 14 seconds. Hall ran 29:18, just ahead of Tom Roberts and Alex Lanz, both of Meirionnydd, in 29:22 and 29:23 respectively. Steve Skates of Prestatyn RC was a close fourth in 29:32 and first M40. The second match in the Guernsey XC series saw repeat wins for James Priest and Sarah Mercier at the Stonecrusher XC race. Guernsey international Mercier was third overall in the event, showing the quality running that saw her competing at the Commonwealth Games earlier this year.

Andrew van Kints pushed Priest all the way to the line over the four mile event and the former RAF man in second in the series rankings. Chris Gillman was fourth overall and third male, whilst Louise Perrio and Emily Bookless were second and third females well back from the flying Mercier.

The women’s race was won by Laura Gent of Aldershot, Farnham and District in 35:17. Kate Malby was second in 35:41 and Charlotte Mason third in 37:11.

The Poppy Half, East Sussex

A quick 72:45 for Thomas Stevens of Cambridge and Coleridge AC was the winning time in East Sussex with Matt Edmonds of Hastings Runners in second with 76:29. Just missing out on the 80 minute barrier for third was V50 Andrew Green of Dartford Road Runners in 80:16.

Rachel Hillman was first lady in 86:58. The Hailsham Harrier beat Emma Hollands of Paddock Wood AC by over six minutes as she finished in 93:23. Third place went to Susan Aldridge of Crawley AC in 94:06.

M40 Thomas Yates was the winner in 37:57, comfortably ahead of Andy Hawtin of South Derbyshire Road Runners who ran 38:40. Third place male was Jeremy Jones in 38:42, who hopefully enjoyed a good sprint finish with Hawtin.

Gaynor Watts was the women’s winner in 47:19, a whole two minutes ahead of Lisa Wright in 49:19. Third place was Alison Haines in 51:16. All three runners on the podium were V40 athletes, way ahead of any senior females.

Anna-Marie Mcgraw was first lady across the line in 42:46, with Rebecca Clayton running 43:56 and Matilda Shackley finishing third in 44:17.

Across both top tens there were very few clubs listed, which is interesting given the number of clubs in the capital city. The growing running boom continues, but how can we get these runners down to local clubs to improve their running and keep the club scene alive?

Kate Amelia Reed was 4th at the competitive Romanian 5k race, behind the likes of Ancuta Bobacel and Roxana Bîrcă of Romania and Ruth Nundu Mbatha of Kenya. Mbatha is fresh from a 73:16 PB at the Zagreb half  and 73:57 at Podgorica Half Marathon last month and took over one minute from her 5000m PB to post 15:50.

Adam Clarke and Emma Pallant were the fastest at UK parkruns this week, with the top ten rankings as competitive as ever.