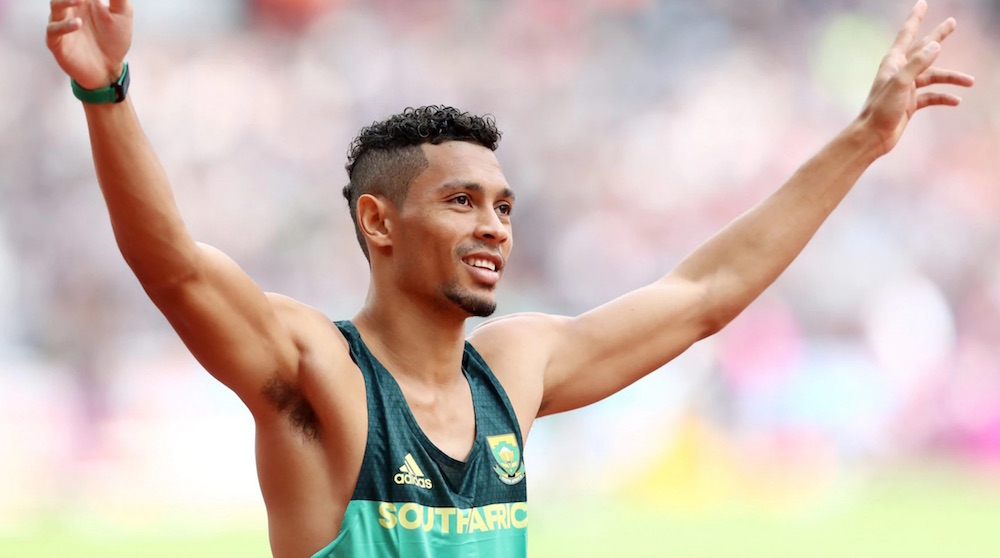 Wayde Van Niekerk, the Olympic champion and world record holder,  eased to a 400m semi-final win at the World Championships in London.

The South African who is doubling with the 200m, won the second semi-final in 44.22.

Van Niekerk was the third fastest across all three semi-finals, but with the 200m early rounds yet to start, and now a 400m final to come, the 25-year-old is simply conserving his best performances for when it matters most.

In what was a tough field, Matthew Hudson-Smith finished fourth in 44.74, a seasons best for the British athlete, but just missing out on qualification as a fastest loser.

In the same semi-final, Ireland’s Brian Gregan ran a gutsy race, finishing strong over the final 40 metres to clinch sixth place ahead of USA’s LaShawn Merrit, crossing the line in 45.42.

Finishing second to Van Niekerk, was Baboloki Thebe of Botswana in 44.33.

Steven Gardiner of Bahamas won the first semi-final of the evening in 43.89, setting a new national record. Jamaica’s Nathon Allen finished second in a personal best 44.19, to also qualify for the final.

The third semi-final was won by Isaac Makwala of Botswana, with Jamica’s Demish Gaye in second.

Completing the lineup for Tuesday’s final, are Abdalelah Haroun of Qatar and USA’s Fred Kerley qualifying as fastest losers.