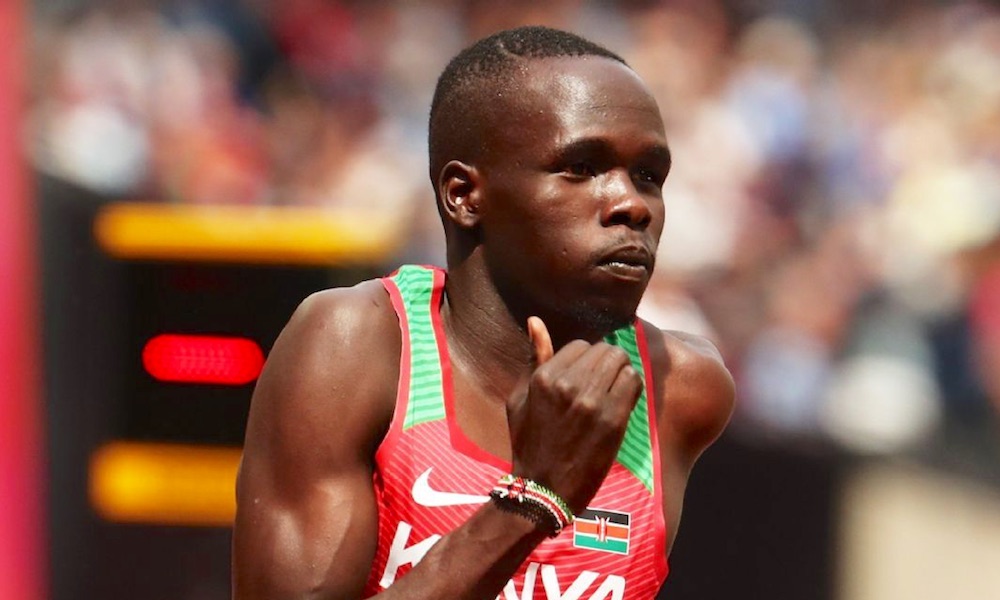 The 20 year-old beat Great Britain’s Kyle Langford to a medal at the World Championships last year.

At World Championships in London last year Bett finished just ahead of GB’s Kyle Langford to clinch the bronze medal in the 800m final.

According to Reuters, AK executive committee member, Barnabas Korir, said the body received notification from the Athletics Integrity Unit (AIU) on Thursday that Bett had submitted a positive sample for the banned blood booster.

The 20-year-old, who is currently serving a provisional suspension for failing to submit to sample collection on August 15, is now awaiting tests on a B sample.

“We had submitted defence for the case of ‘refusing or failing to submit to sample collection’ by today’s (Friday) deadline,” said Korir. But last night, we received another notification about the new (EPO) case.

“We have kicked off due process, accorded to every athlete as per the rules set by AIU. If the second test confirms the first one, then the athlete will have to face full consequences of the (anti-doping) law.”

In May, fellow Kenyan athlete Asbel Kiprop, the 2008 Olympic gold medalist in Bejing and three-time world champion over 1500m in 2011, 2013 and 2015 tested positive for EPO in an out of competition test but denied any wrongdoing.

RELATED: ‘Don’t add one and one together and get two thousand doping Kenyans’