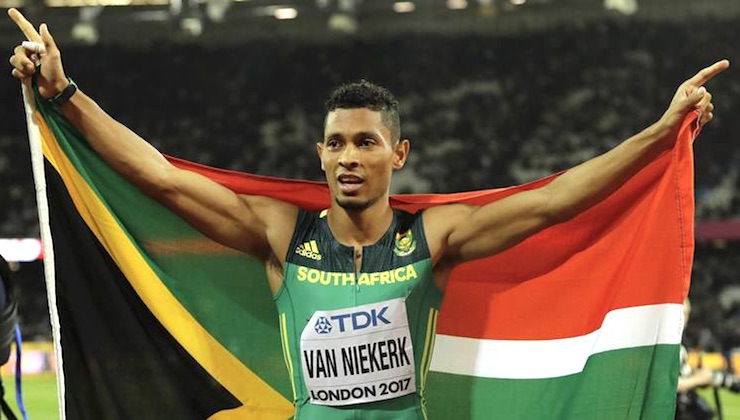 South Africa’s Wayde van Niekerk has been ruled out of the 2018 Commonwealth Games after suffering a serious knee injury.

The 400m world and Olympic champion, who has been nominated by the IAAF for athlete of the year, suffered the knee ligament injury during a celebrity touch rugby game in Cape Town.

Van Niekerk, who was planning to compete in both the 100m and 200m at Gold Coast Games, has now travelled to the United States for surgery after tearing his anterior cruciate ligament and suffering medial and lateral tears of the meniscus as a result of the injury.

The 25-year-old will then undergo a six month period of rehabilitation in Vail, Doha and South Africa, his management company confirmed in a statement.

“I was looking forward to competing in the 100m and 200m events in Gold Coast, and participating at the national championships in March, so this is unfortunate timing,” Van Niekerk said.

“But this is sport and these things happen. I trust that the team I have around me, including the medical professionals, will make this process as smooth as possible.”

“I have faith that, God willing, I’ll be able to race again later next year. Full recovery is going to be crucial, so I’ll be patient, but I will work as hard as I can to get back on the track as soon as possible,” added the 400m world record holder.

At the World Championships in London this summer Van Niekerk attempted to become the first man since Michael Johnson in 1995 to win both the 200m and 400m titles, however, he faced an uphill struggle with the demanding schedule of races taking a tole. The South African star won the 400m gold and Turkey’s Ramil Guliyev was the surprise 200m winner.

Van Niekerk added later on Twitter: “Thanks to all for the kind wishes! Sadly I announce now that I’ll be off the track for a while. Will be back stronger!”

Thanks to all for the kind wishes!Sadly I announce now that I'll be off the track for a while.Will be back stronger! https://t.co/grvzwspVEn