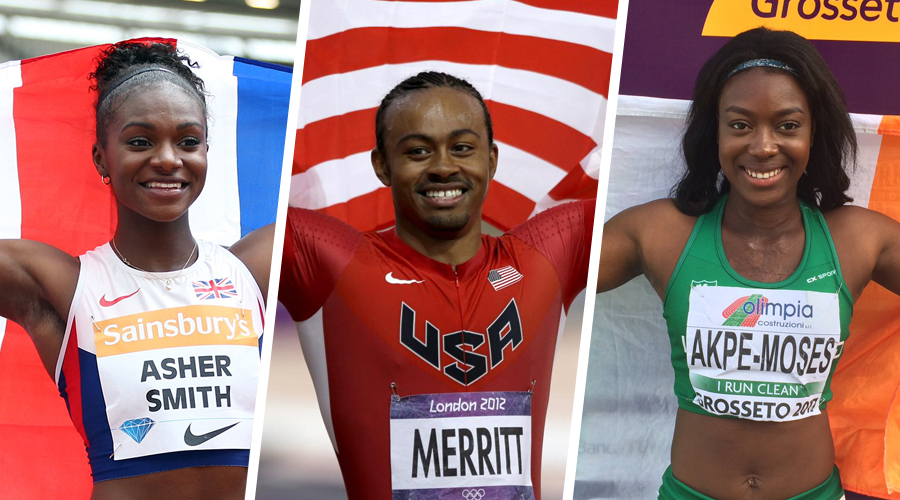 Aries Merritt and Dina Asher-Smith head the star line up competing at the Great North CityGames on Saturday, 9 September.

The CityGames will bring athletics action directly to fans with a tailor-made sports complex set-up on the bank of the River Tyne.

World record holder Merritt, who finished fifth at the recent World Championships in London, returns for a third time and looks the main man in the 110m hurdles.

Britain’s fastest woman, Asher-Smith, will line up in a special 150m race hoping to close out her impressive season in winning fashion.

The 21-year-old who broke her foot at the beginning of the year, delivered an outstanding solo performance to finish fourth in the 100m at the Wolrd Championships, before going on to bag a silver medal as part of a British 4x100m quartet.

Asher-Smith’s main challengers are compatriot Bianca Williams and Naomi Sedney of the Netherlands.

Teenager Akpe-Moses made headlines in July when she clinched the 100m gold with a tremndous performance at the European U20 Championship in Grosseto, Italy.

While the atmosphere on Saturday will be friendly, it’s the first time the 18-year-old lines up with athletes of the calibire of British duo Philip and Henry.

“This is a whole new experience for me but as much as I am nervous, I’m also really excited to be taking part and I’m ready to run the best that I can,” said Akpe-Moses.

Meanwhile, in the men’s 150m race Britain’s Nethaneel Mitchell-Blake goes head-to-head with the man that shows no signs of ageing, Kim Collins.

World champion Mitchell-Blake, who ran the anchor leg of GB’s winning 4x100m men’s relay team at the World Championships in London has a 100m season’s best of 9.99, while 41-year-old Collins’ best this year is 10.20.

Joining the sprint pair on the pop-up track are Britain’s Harry Aikines-Aryeetey and American Ameer Webb.

All events at the Great North CityGames are free to attend, and the action will also be broadcast live on BBC One from 1.15pm.