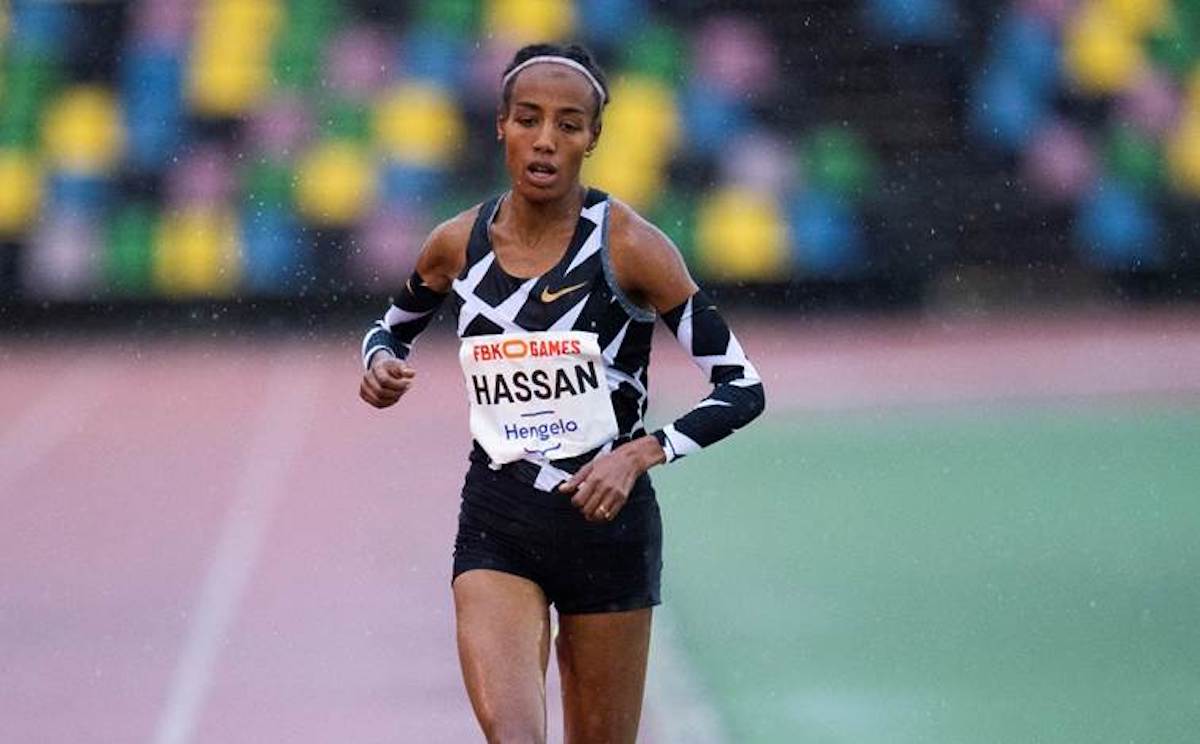 Hassan, the 1500m and 10,000m world champion, set out on world record pace assisted by Wavelight technology built into the track but conditions proved too difficult to make a world record attempt. The new record means it’s the first time a European female athlete has completed the distance in under 30 minutes.

Sifan: “I am so happy to have run a new European record, especially a record that has stood for so long by such a strong athlete as Paula. It was a very difficult race today as it was so cold and wet. I was feeling really strong today and wished for a bit better conditions, but this record gives me a lot of confidence.”

Hans: It’s so great that Sifan was able to set a new European Record during such bad weather conditions. I have huge respect for all the athletes and their results today.”

The FBK After Summer Competition was organized by Global Sports Communication, organizers of the original FBK Games which was cancelled earlier this year due to the global pandemic. This spinoff edition was brought to life after key athletes wished to add one more race to their season with Hengelo proving the perfect grounds to organize the event.