Not how Usain Bolt wanted to bow out, as the greatest sprinter of all time pulls up injured 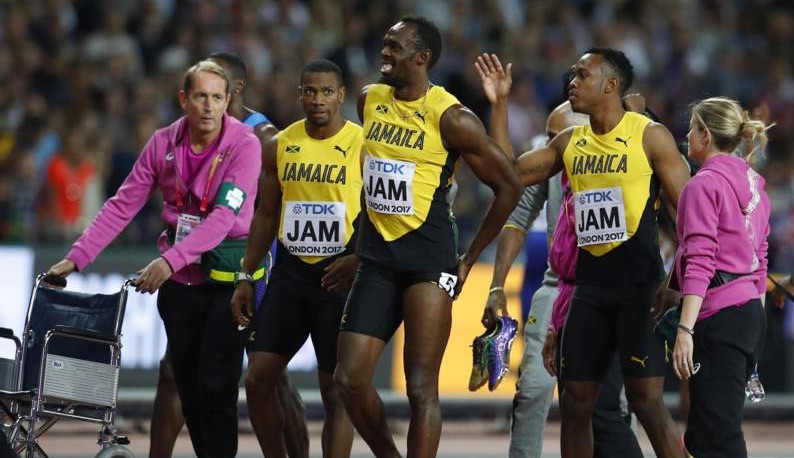 After individual disappointment, relay gold was Usain Bolt’s chance to say farewell on his terms, but it was not to be, with the greatest sprinter the sport has ever known ending his career fallen and distraught on the track.

With the British and American teams flying down the straight, the Jamaican team were sitting in third place when the eight-time Olympic champion took the baton.

Maybe too desperate to end his near-perfect track career on a high, Bolt appeared to overstretch as he opened his stride to accelerate attempting to chase down Britain’s Mitchell-Blake and USA’s Coleman, before collapsing to the track with a pain beyond physical.

A wheelchair was brought over to Bolt but he waved it away, hauling himself up to hobble across the line before applauding the adoring crowd.

It was a tragic end to the 30-year-old’s glorious track career as he retires at the World Championships in London with a sole bronze medal from the individual 100m.

The sensational, one of a kind, Usain Bolt bows out of athletics with eleven world gold medals, two silver, one bronze and eight Olympic gold medals. 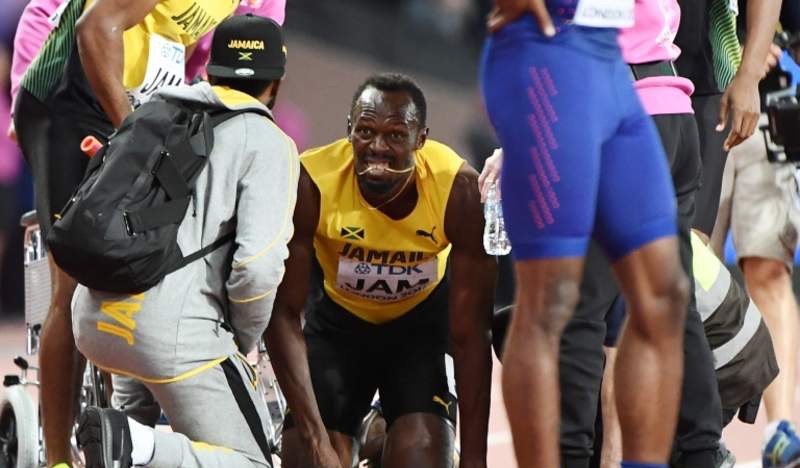