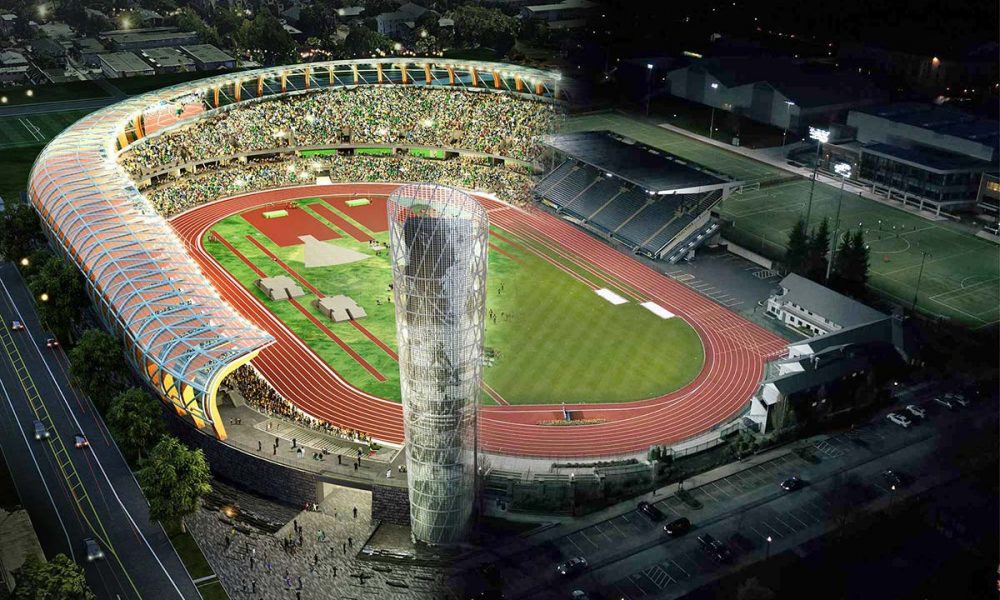 Hayward Field, the stadium where Steve Prefontaine became a legend, is set to be renovated and the new re-design has been unveiled.

The University of Oregon stadium was built in 1919 as an American football stadium but has been the home of track and field since 1921.

Named after Bill Hayward, who coached the university’s track team from 1904 to 1947, Hayward field is known around the world as the place where Steve Prefontaine became a legend and his coach, Bill Bowerman, was instrumental in the 1970s running boom and planted a seed that saw the creation of sports giant Nike.

The project, which is set to open in 2020, is funded entirely by private donations, including a $500m gift from Nike co-founder Phil Knight and his wife Penny Knight.

“As I’ve said many times, my business life was born on Hayward Field,” said Phil Knight. “So this is a deeply personal project for me. My goal is to see an enduring monument to the ideals of perseverance, innovation and achievement that my coach, mentor and business partner Bill Bowerman instilled in all his athletes.

“We will honor Bill Hayward’s and Bill Bowerman’s legendary achievements by creating a magical venue that will remain the heart of the University of Oregon for generations to come.”

The reaction has been mixed on social media after photographs of the re-design were released, with some feeling the heritage of the stadium will be lost.

The capacity will increase to 12,900 which will temporarily be expanded to 30,000 to host the 2021 IAAF World Championships.

Check out the photographs below of the new look Hayward Field.