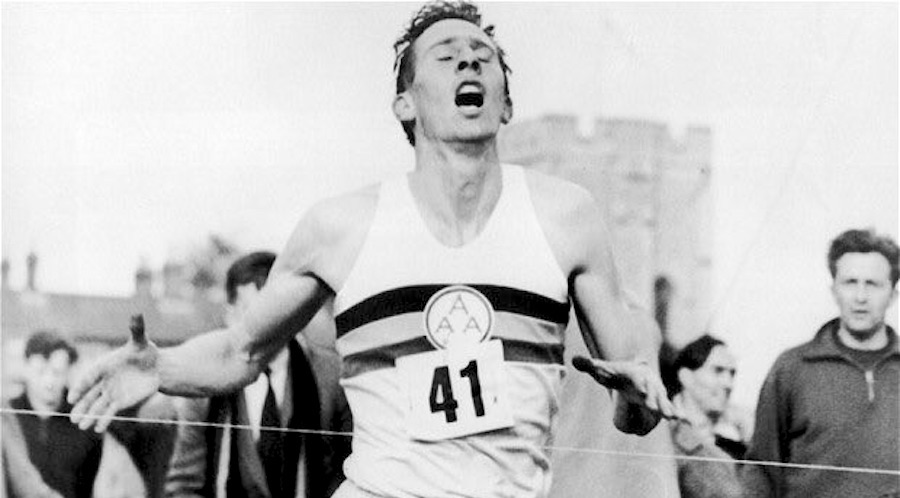 Sir Roger Bannister, the man who made the impossible seem possible after running a mile in under four minutes, has died on Sunday (March 4).

In Oxford on May 6th 1954, Bannister became the first man to ever run a sub four-minute mile which cemented his place in running and athletics history.

On that day at Iffley Road sports ground, he ran 3:59.4 and his record inspired athletes to dream that four laps of the track in under four minutes was possible. Later that year he would win gold at the Commonwealth Games in the mile race.

Bannister’s passing at the age of 88, follows being diagnosed with Parkinson’s disease in 2011.

A statement released on behalf of Bannister’s family said: “Sir Roger Bannister, died peacefully in Oxford on 3rd March 2018, aged 88, surrounded by his family who were as loved by him, as he was loved by them.

“He banked his treasure in the hearts of his friends.”

After retiring from competition Bannister had a long and distinguished career as a neurologist, before being knighted in 1975.

“This is a day of intense sadness both for our nation and for all of us in athletics,” said Seb Coe, who set a mile record of 3:47.33 in 1981. “There is not a single athlete of my generation who was not inspired by Roger and his achievements both on and off the track.”

The whole running and athletics community is deeply saddened by his passing. As Bannister said: “We run, not because we think it is doing us good, but because we enjoy it and cannot help ourselves…The more restricted our society and work become, the more necessary it will be to find some outlet for this craving for freedom.

“No one can say, ‘You must not run faster than this, or jump higher than that.’ The human spirit is indomitable.”