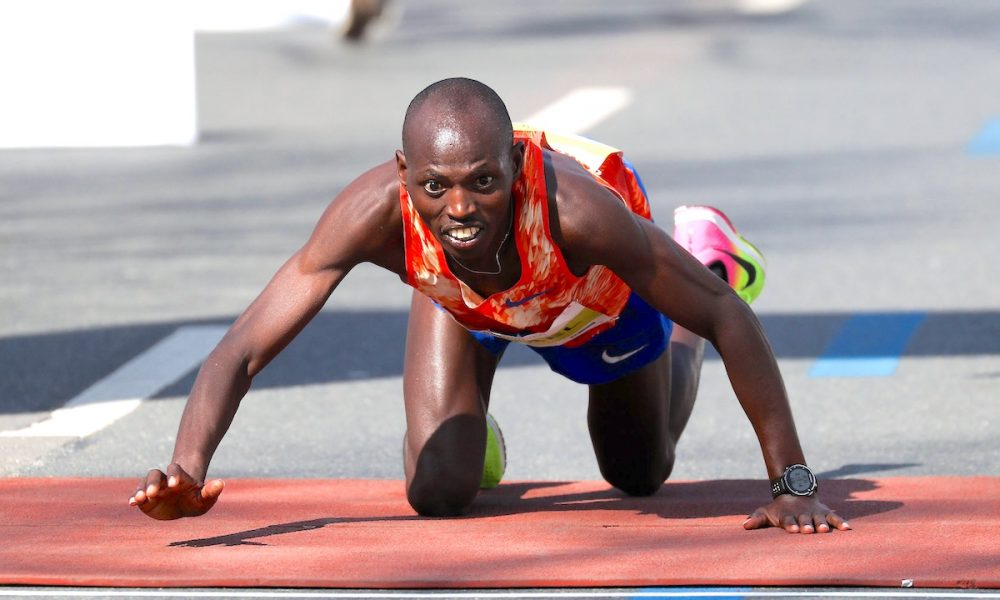 Ethiopia’s Seboka Negussa Erre and Kenya’s Agnes Kiprop may have won the top honours at the German city marathon, but it was the crawling finish of runner-up Michael Kunyaga that caught the eyes of the world.

As Kunyaga ran down the home straight, and with the finish line metres away, all of sudden he collapsed to the ground.

Not giving up and with compatriot Duncan Koech chasing him down, he instinctively crawled his way to clinch second place – barely managing to hold off Koech.

Kunyaga’s determination was rewarded with a personal best time of 2:10:16.

As well as the PB, Kunyaga’s second-place finish also secured an additional €1,500 worth of prize money, totalling €4,000.