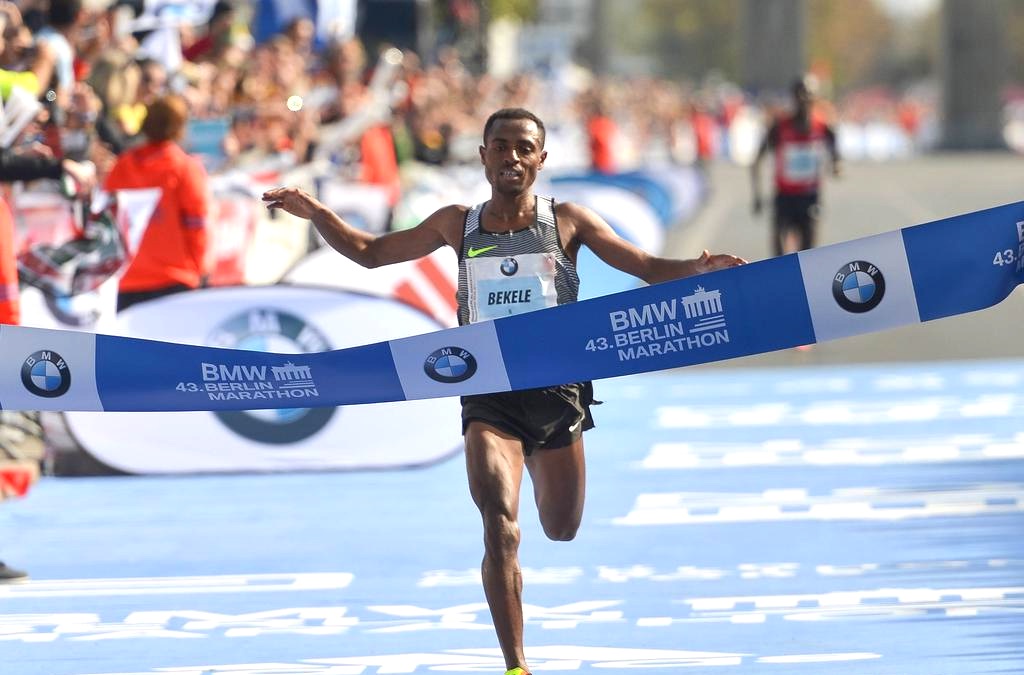 Kenenisa Bekele, the second fastest marathoner of all-time has been added to the Berlin Marathon line up, that now includes three of the distance’s five fastest men.

It is the first time Ethiopia’s Bekele and Kenyans duo Eliud Kipchoge and Wilson Kipsang will compete against each other.

Bekele, the three-time Olympic champion came within six seconds of breaking the world record in Berlin last year, despite suffering muscle problems several times during the second half of the race.

The 35-year-old, who started running the marathon in 2014, is the most successful long distance track runner in history, with three Olympic and five world titles over 5,000m and 10,000m.

Kimetto set the world record in 2014 becoming the first man to run the marathon in under 2:03.

Kipchoge came close during the Nike Breaking2 project in Monza Italy, running an unratifiable 2:00:25. However, his time if not officially recognised in records because he used a team of substitute pacemakers, and under normal marathon race rules a maximum of three pacemakers is allowed and no substitutes are permitted.

“In Monza, I was so close to breaking the two-hour barrier,” Kipchoge said. “The Berlin Marathon represents for me the right opportunity to attack the official world record.”

“It’s a dream match-up. It’s not often that the three strongest marathon men in the world race each other,” race director Mark Milde said. “As organisers, we are crossing our fingers for good weather and thrilling competition.

Below are the times of the fastest marathons on record-eligible courses, with Berlin featuring in four of the top five male world records.