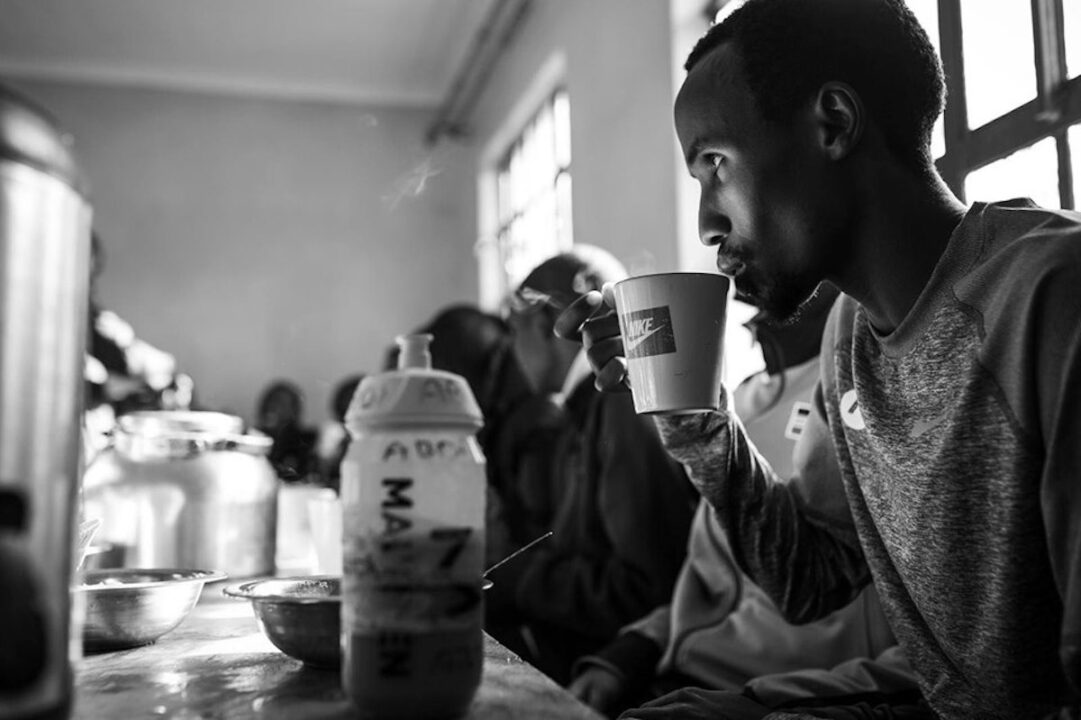 Abdi Nageeye, the Dutch record holder in both the marathon and the half marathon, has lived a life few can imagine.

Born in Mogadishu in Somalia, he has not once, but twice escaped civil war to seek a new life in the Netherlands.

The first time he fled war he was just six years old. Then, age 15, after a three-year spell at a strict Islamic school in Syria, and a few years back in Somali, he escaped again, ending up this time in a rural Dutch community where he was “the only black guy in the village”.

Despite his difficult start in life, Nageeye says his experiences living in such different countries and cultures were not all bad.

“People think my story is very sad,” he says. “But I always think about what would have happened to me if I had stayed in Somalia. I saw the life there, so I always appreciate when I can be safe and do my thing. I don’t have to worry, I have freedom, freedom of speech, freedom of thinking.

The world is struggling

“In the Netherlands, it’s one of the best countries in the world, yet you see so many people complaining, and you think, come on, half the world are struggling, they don’t have what you have, so be thankful.”

Until he was 18, Nageeye, who was a serious soccer player, had never done any formal running. He was just trying to stay in shape during the off season one summer when a friend of his Dutch guardians suggested he run a 5K race.

Despite having no idea how to pace himself, he won. After the race, when the announcer asked him which club he ran for, he gave the name of his football club, which caused some confusion.

Clearly immensely talented, he decided to race again and was soon winning bigger races. Then he decided to start training. Less than six months after first running a 5K in his football kit to stay fit, he won the junior national cross country title and signed a professional contract with Asics, and joined the Dutch management company Global Sports. Training with the best

Living in the Global Sports camp in Kenya has led to a steady improvement in his times.

When he first joined in 2015, he had a best marathon time of 2hrs 11mins – a time that made him “by far” the slowest runner in the camp. But now, after running 2:06 last year, he says he has just about earned the respect of the other athletes.

Interviewing him for my podcast, The Way of the Runner, I ask him what is best piece of advice the great Eliud Kipchoge has ever given him.

“So Eliud saw that a couple of times and he said: ‘Why are you looking at your watch? Just run with your feeling.’

“And since then I never look at my watch on a run. I just start it, and then that’s it. And then you run in freedom.”

A cloud over Kenyan athletes

This sort of pace can feel almost unbelievably fast to some of us, and unfortunately today all these stories of wonder and awe about Kenyan runners are now slightly coloured by the dark cloud of drugs.

In the last few years a large number of athletes from the country have been sanctioned for doping violations. I ask Nageeye why he thinks this is, and what can be done about it.

His first point is that there needs to be more testing in the region. He says there are so many athletes and so few testers that even someone who can run 2:08 or 2:09 for the marathon and win big city races in Europe, may only be tested once a year. But also, he says that in Kenya a key problem is that there is not enough shame associated with doping, both from the wider society and also within the running community.

“In Holland,” he says, “a person [caught doping] will feel ashamed. Your teammates, your colleagues, even your own family will be really disappointed in you. But here in Kenya they don’t think that much about it.

“Society is not aware of it. So when a Kenyan or Ethiopian is caught doping, they can disappear. They can peacefully have other jobs, keep their own money. Nobody will harass them.”

He says that since the primary motive for most people running in Kenya is to lift themselves out of poverty, until they see banned athletes losing their farms, losing their cars and having to pay back their winnings, some people will think it’s worth the risk.

Since the coronavirus pandemic, Nageeye has had to move into a rented house in the nearby city of Eldoret, after the government shut down all the training camps as part of the country’s lockdown measures. While he says life in the camp can often be “really boring”, he says he misses his training companions.

“Normally there is this rhythm to training,” he says. “You don’t have to think. You just wake up, you go running, come back, relax in the camp. But now you have to do it all alone, so you have to get up and think, how long should I go? How fast?

“With the group, sometimes you feel a little bit tired or lazy, but then you just follow the group and somewhere along the way you feel OK again.”

He says that for the Kenyans, who have got used to training all their lives in big groups, getting out and training alone is especially difficult. So perhaps that’s one tiny glimmer of hope for the rest of the world’s marathon runners to cling on to during this ongoing crisis?

“Definitely,” he says. “For real, they will struggle.”

• For the full podcast interview with Abid Nageeye.