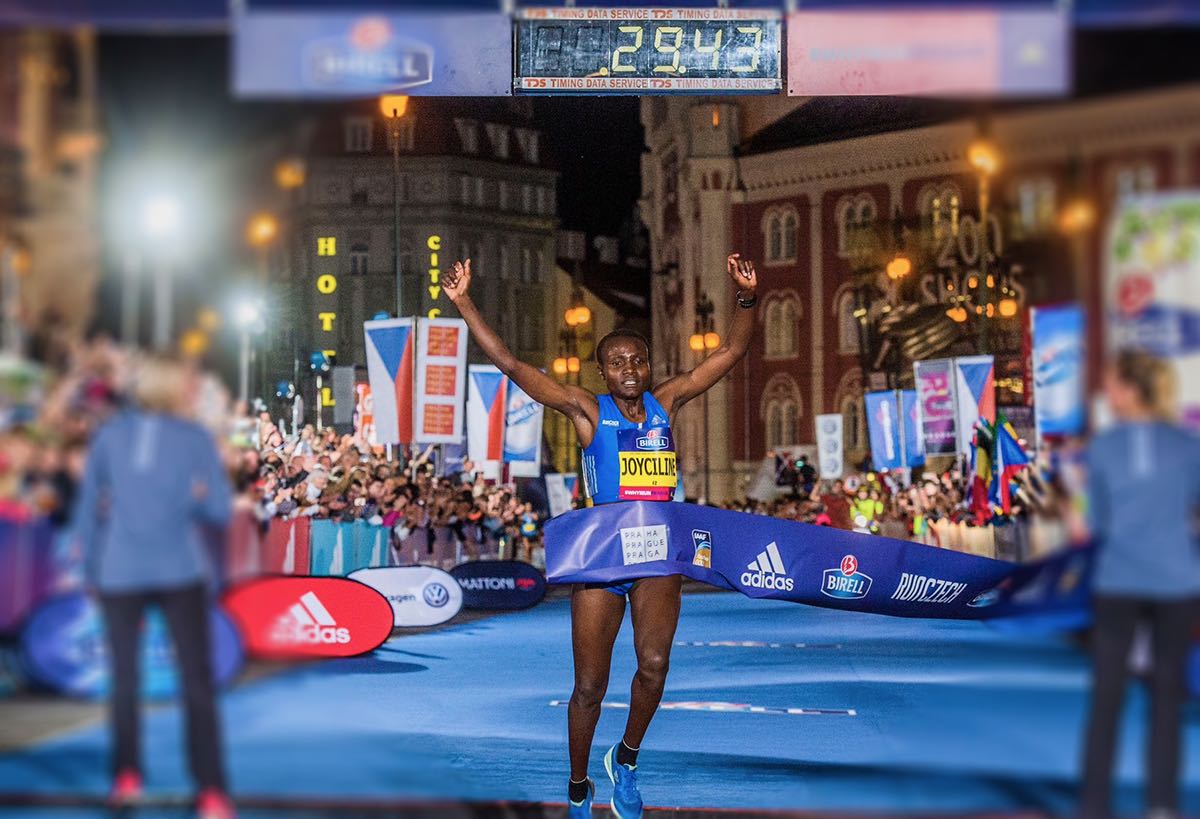 Kenya’s Joyciline Jepkosgei smashed to her own 10km road world record at the Birell Prague Grand Prix, on Saturday (September 9).

The 23-year-old crossed the line in an amazing 29:43, breaking the world record by 12 seconds to become the first woman to run below the 30-minute barrier.

On her way to making 10km history for the second time this year, the Kenyan also flew through the existing 5km world best in 14:33.

Earlier this year also in the Czech capital, Jepkosgeiin ran 64:52 at the Prague Half Marathon to become the first woman to break 65:00 for the 13.1-mile distance.

It was in this race that she broke the 10k world record for the first time, as well as an astounding three other records at the 5km split, 20km split and the half marathon finish.

Prior to the Prague Half Marathon in April the 10km world record belonged to Britain’s Paula Radcliffe, set in 2003.

“I’m really pleased to have won today and managed to break a world record,” she said.

“The whole race was really tough and I basically had my heart set on a record right from the start which really took it out of me. But I’m really happy to have succeeded.”

Finishing behind Jepkosgei was Fancy Chemutai of Bahrain, who was just 6 seconds off a sub-30 minute 10km herself, clocking 30:06.

It was an exciting finish in men’s race, as Kenyan Benard Kimeli kicked impressively to beat compatriot Mathew Kimeli to win in 27:10, a course record. Rhonex Kipruto finishing in third to complete a Kenyan top three.