Joyciline Jepkosgei Breaks Her Own Half Marathon World Record In Valencia 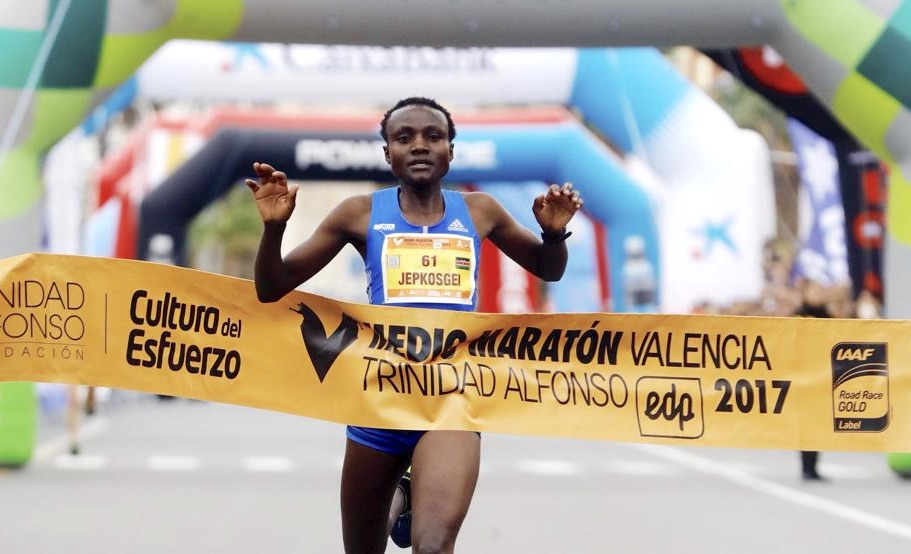 Joyciline Jepkosgei improved her own world record by one second to win the Valencia Half Marathon in 64.51 on Sunday (October 22).

The Kenyan, who broke the world half marathon record for the first time in Prague this April, came through the 15km split in 45:59 way off the 45:37 she from the Czech capital.

The multiple world record holder went on to clock 61:30 at the 20km mark before a fast finish saw the 23-year-old set her sixth world record this year.

Her most recent world best was the 10km road record last month in Prague.

“It was my first race in Valencia, I enjoyed a lot, the weather is nice, the circuit is perfect to run fast,” said Jepkosgei to IAAF after the race. “I hope to come back in March for the World Half Marathon Championships.”