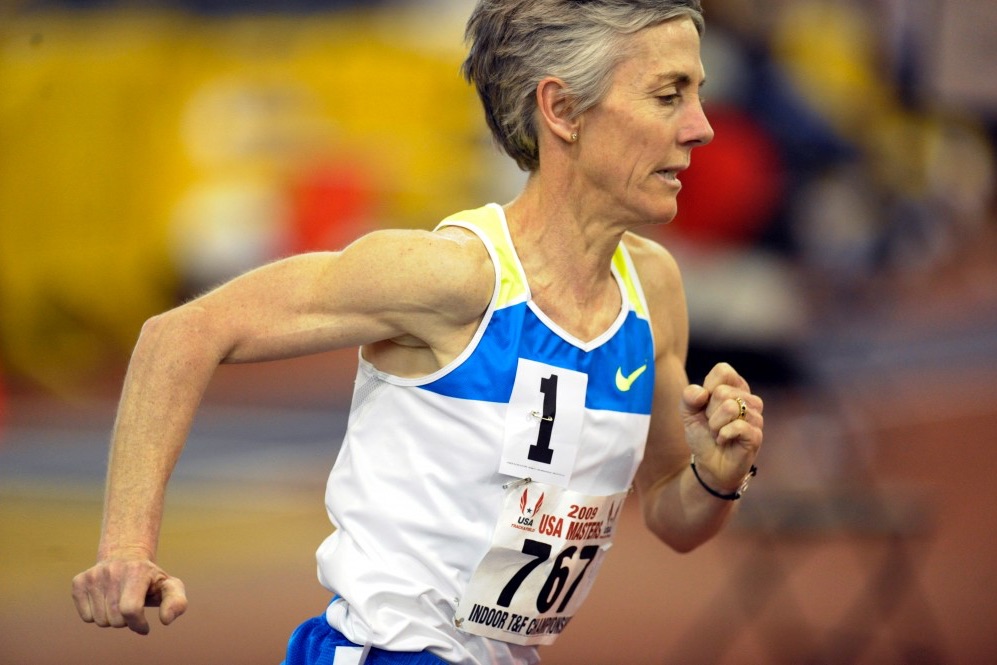 Joan Benoit Samuelson aims to make history this weekend  (October 8) at the Chicago Marathon by becoming the first woman in her sixties to run a sub 3-hour marathon.

Update: Samuelson has withdrawn from the Chicago Marathon (October 8) due to injury race organisers have announced. Read more here.

Samuelson, who celebrated her 60th birthday in May hopes to rewrite the record books by accomplishing something no woman has done before. She does have a lot of marathon experience and set marathon world records twice before. The first world record was at the Boston Marathon in 1983 when she ran in 2:22.43 and then in 1985 at the Chicago Marathon, completing it in 2:21.21.

The American also won an Olympic gold in the marathon at the Los Angles Olympics in 1984.

Still regardless of past glories, to go for another world record at sixty years of age won’t be easy and the attempt in itself should be commended.

“Storytelling is important to me and it’s how I motivate myself,” Samuelson said. “My race decisions often reflect my narrative. Once I turned 60 I knew that the Oct. 8 Chicago race would represent the next chapter in my career.”

Executive Race Director Carey Pinkowski said, “Joanie is a legend. To have Joan attempting a record in Chicago allows us the opportunity to celebrate her as an American icon and running legend.”

The Olympic win in 1984 was also the first time the women’s marathon featured at the Olympics. See Joan’s famous win below.