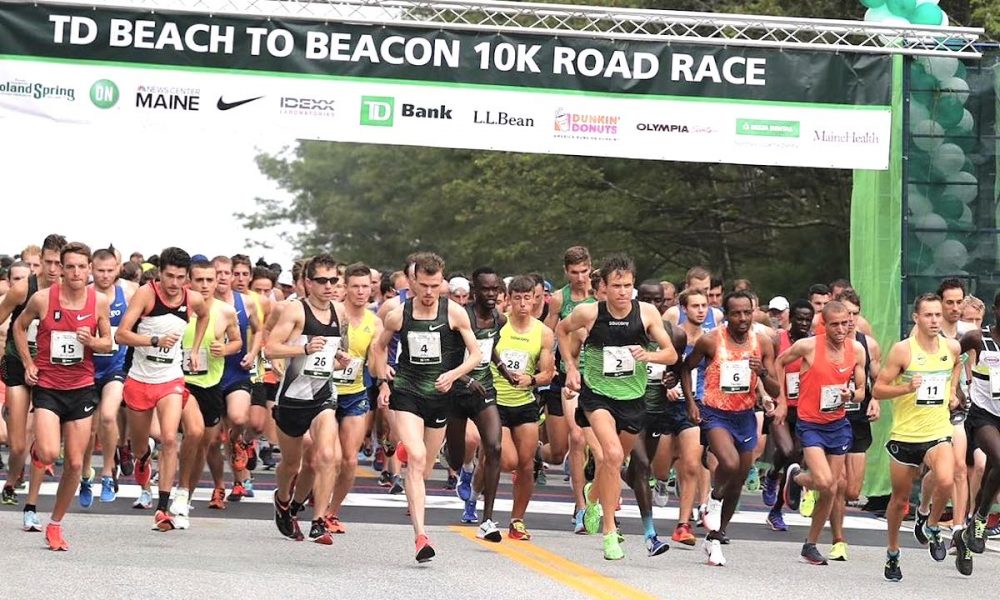 Jake Robertson was just nine seconds off his personal best as he claimed victory at the 21st edition of the Beach to Beacon 10k road race in Cape Elizabeth, Maine on Saturday (August 4).

The race was founded by American great Joan Benoit Samuelson, a native of Cape Elizabeth, who won the first-ever women’s marathon at the 1984 Olympics.

Robertson, who earlier this year broke the New Zealander marathon record on his debut over 26.2 miles, took the win at the popular US road race in 27:37, finishing 50 seconds ahead of Stephen Sambu of Kenya.

The 28 year-old memorably clocked 27:28 at the Crescent City Classic 10k in late March to equal the New Zealand record held by his twin brother Zane Robertson.

Callum Hawkins continued on the road of putting the Commonwealth Games marathon behind him with a strong performance to finish seventh in 29:16. It was the 26 year-old’s second race since Gold Coast 2018, with his only other outing a 31:27 run at the London 10,000 in May.

A solid 29.16 and 7th overall for Callum Hawkins (@callhawk) at the @Beach2Beacon10K in Cape Elizabeth, Maine, this morning. #tdb2b10k #usa #NewBalance

Fellow British athlete Ross Millington made a welcome return to racing to finish ninth in 29:32. It was the Stockport and Team New Balance Manchester runner’s first race since March after injury setbacks.

Kenya’s Sandrafelis Chebet Tuei won the women’s race in 31:21. The 20 year-old finished five seconds ahead of Ababel Yeshaneh of Ethiopia (31:26).