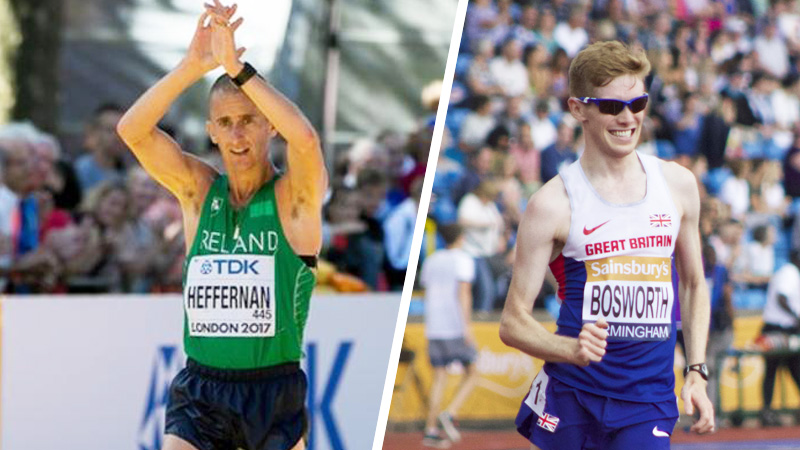 Ireland’s Rob Heffernan finished eighth in the 50km race walk as he looks set to retire, while Britain’s Tom Bosworth was disqualified in the 20km race walk at the World Championships in London.

39-year-old Heffernan, who looks likely to retire after these championships crossed the line in a very respectable 3:44:41, seven places behind winner Yohann Diniz of France.

Heffernan, a world champion in 2013, has now competed in seven World Championships and five Olympic Games.

Speaking after his race Heffernan said: “I’ve had a great career and it was a good note to go out on.

“I’d like to thank my team and everyone who has supported me.”

The 27-year-old, who was leading the field before his race was abruptly ended, had hopes of winning a medal in London.

“I was just getting going and usually I’m really technically efficient. I’m definitely going to learn from this and get better, because it’s clear that physically I can compete with the lead guys.” he said.

Earlier this summer Bosworth set a world record for the one-mile race walk at the Anniversary Games in London.

In the 50km race walk Britain’s Dominic King had an early exit after being disqualified.

Not how Usain Bolt wanted to bow out, as the greatest sprinter of all time pulls up injured
Hellen Obiri storms to 5,000m gold, as Laura Muir finishes sixth at World Championships