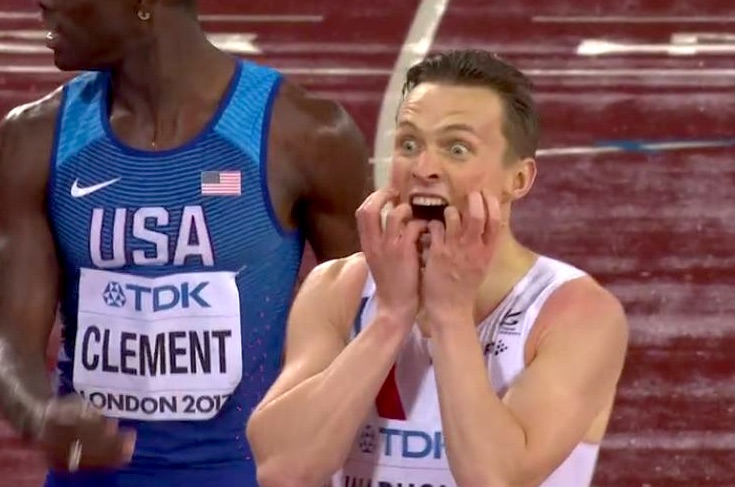 Norway’s Karsten Warholm blew the field away to win gold in the 400m hurdles final at the World Championships in London.

The 21-year-old took the race from the start and produced a perfectly-paced race to cross the line in 48.35 seconds.

Earlier this year, Warholm impressed when he set a personal best of 48.25 to win the Bislett Games in front of a home Norwegian crowd, but no one expected a World Championships gold medal to come this year.

Watch his reaction below.

In the 200m semi-finals, Botswana’s Isaac Makwala and South Africa’s Wayde van Niekerk both qualified for the final.

Earlier in the evening, Makwala ran a solo time trial to make the final, after he was barred from Monday’s heats.

Van Niekerk,who won the 400m gold on Tuesday, only made it through as a fastest loser after finishing third in his semi-final, but the 400m world record holder won’t mind how he made it through, as long as he adds the 200m gold to his 400m title.

In the first semi-final, Britain’s Nethaneel Mitchell-Blake finished third in 20.19 to qualify, while team-mates Danny Talbot and Zharnel Hughes failed to make it through.

With 20 metres to go Shaunae Miller-Uibo was leading the women’s 400m final, before suffering an apparent leg injury, which forced her to seize up. Seeing the opportunity, Phyllis Francis pounced, and powered home to win the gold in 49.92, a personal best for the American athlete.