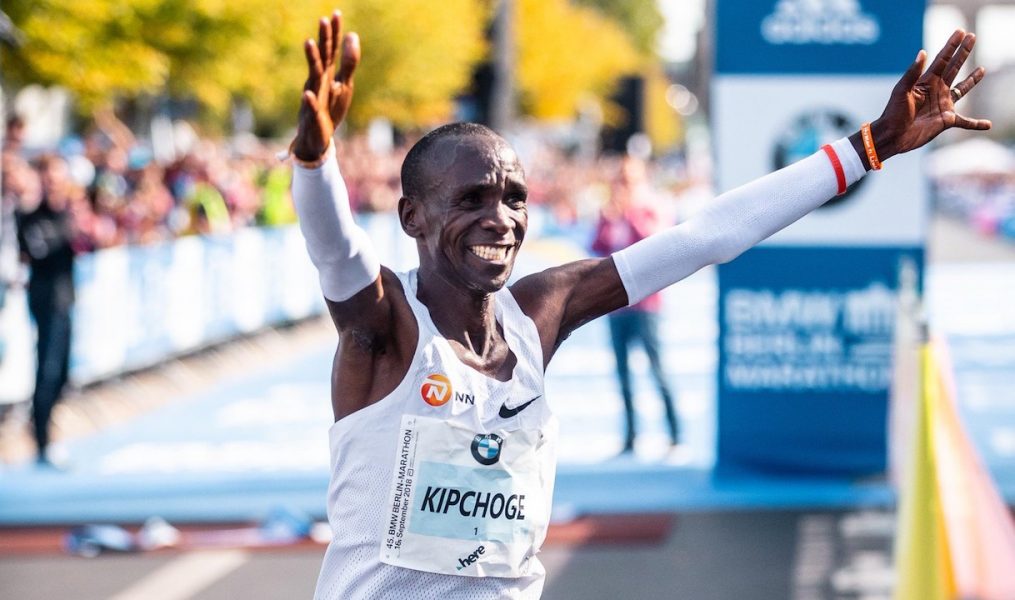 Eliud Kipchoge and Caterine Ibarguen have been named the male and female World Athletes of the Year at the IAAF Athletics Awards 2018 in Monaco on Tuesday (December 4).

Kipchoge underlined his status as the world’s most dominant distance runner after smashing the world record at the Berlin Marathon with a stellar 2:01:39 run.

His time in the German capital was 78 seconds faster than the previous world record, representing the biggest single improvement on a men’s marathon world record since 1967.

“This award means a lot to me,” said Kipchoge. “It’s a tribute to the hard work that I’ve put in during my career. I think I knew at 30km into the race I was sure I was going to run a world record. I didn’t know however that it was going to result into such a great time. “I want to pass my gratitude to my family and my children, they are my ignition key.

“Secondly, I want to say thank you to my coach Patrick Sang and to my management Global Sports Communication as they have showed me that when you believe in yourself, you can do great things. Finally a huge thanks to my sponsors Nike & NN who help me make it all possible.”

The 34-year-old Kenyan also won the London Marathon in April in 2:04:17 to finish comfortably ahead of one of the deepest marathon fields in history.

Not content with being the best triple jumper in the world, Ibarguen also tested herself against the world’s best in the long jump this year – and consistently came out on top in that too.

The 34-year-old Colombian won both horizontal jumps at the Central American and Caribbean Games, the IAAF Continental Cup and at the IAAF Diamond League finals – winning the latter two titles in two different cities within the space of 24 hours.

She was unbeaten in all eight of her triple jump competitions, ending the year with a world-leading mark of 14.96m in her specialist event and a national record of 6.93m in the long jump.