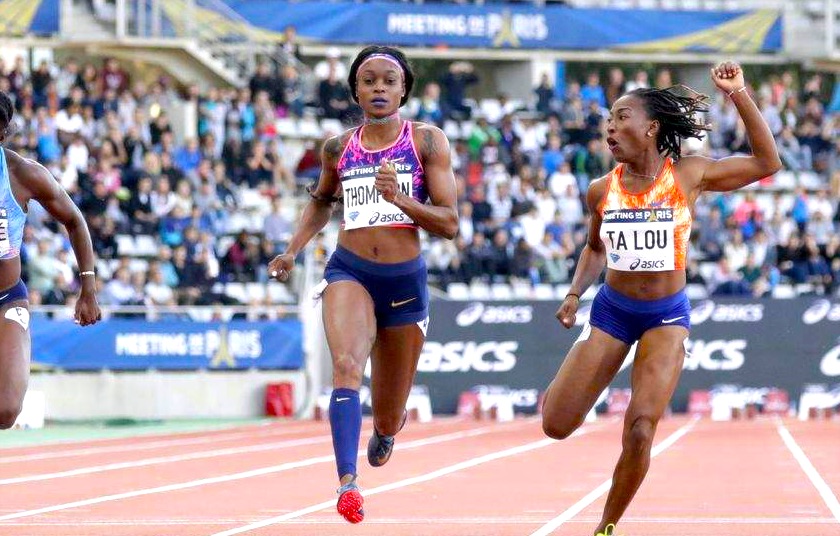 The Diamond League season comes to a close with a number of exciting head-to-head battles at the King Baudouin Stadium in Brussels, on Friday (September 1).

The first of the two finals took place last Thursday (August 24), with Mo Farah’s 5000m win the pick of a thrilling night of athletics in Zurich.

It was the four-time Olympic champion’s last track race, and a fitting end before Farah shifts his focus to road racing. Not waiting about, the 34-year-old is set to race at the Great North Run in two weeks time, attempting a fourth consecutive win.

In Brussels at the Van Damme Memorial, the remaining 16 Diamond League titles will be decided as athletes attempt to win a Diamond Trophy in their event and the partnering US$50,000 prize.

The exciting head-to-head battles that bring the curtain down on another Diamond League season, include Elaine Thompson and Marie-Josee Ta Lou in the women’s 100m and Faith Kipyegon and Sifan Hassan in the women’s 1500m.

Elaine Thompson, second in 200m final last week in Zurich, will hope to end her season with a 100m win after only finishing fifth at the World Championships in London.

The 25-year-old Jamaican won in all but one of the Diamond League qualifying races, and is the strong favourite, with her win at the Anniversary Games in London providing a memorable moment as she raced to victory in unconventional trainers instead of spikes.

Ta Lou has had an excellent season setting a personal best and a national record, but has been unable to crown it with a major win, after finishing second in both 100m and 200m finals in London.

Faith Kipyegon, the world 1500m champion goes for another crown but will face the fastest in the world this year, Sifan Hassan.

The Dutch star missed out on 1500m world medal in one most action-packed races of recent years, but with a 3:56.14 time this year and her ability to compete across any middle-distance, Kenyan Kipyegon may need a similar championship performance to clinch the Diamond League trophy. While world silver medalist Jenny Simpson of the USA and Britain’s Laura Weightman are also in the field.

Nijel Amos missed out on the 800m gold in London and in the absence of world champion Pierre Ambroise Bosse (who was the victim of a recent alleged assault), the Botswana athlete is the clear favourite in a race that also features GB’s Elliot Giles.

Turkey’s Ramil Guliyev was the surprise winner over 200m in London and will aim to cement his place at the top of the sprint distance with a Diamond League trophy. However, The Azerbaijan born athlete faces the fastest man this year, USA’s teenage sprint star Noah Lyles. The 19-year-old posted 19.90 at the Shanghai Diamond League but was unable to show his talents at the World Championships after failing to qualify out of the unforgiving US Championships.

The dominant Conseslus Kipruto once again looks the strongest in the 3000m steeplechase, but looking to capitalise on any weakness Kenya’s Olympic and world champions shows are compatriot Jairus Birech, Morocco’s Soufiane El Bakkali and the American Evan Jager.

Hellen Obiri, Kenya’s world champion is the standout favourite in the women’s 5000m which features Eilish McColgan, fresh from a lifetime best of 4:01.6 over 1500m, while in the men’s 110m hurdles Sergey Shubenkov, Orlando Ortega and Aries Merritt will battle it out in the absence of world record holder Omar McLeod.

Olympic champion Shaunae Miller-Uibo got back to winning ways clinching the 200m Diamond League title in Zurich last week, and the Bahamas star will hope to add the 400m to become a double Diamond League champion.

Natasha Hastings of the United States and Salwa Eid Naser of Bahrain are Miller-Uibo’s most likely rivals.

In the women’s 400m hurdles, USA’s Dalilah Muhammad, the silver medallist in London is the clear favourite.

With CJ Ujah’s storming the men’s 100m Diamond League trophy last week, a number the best sprinters in the world are missing from the 100 race at the Van Damme Memorial, however a strong line up will still be in attendance, including Yohan Blake of Jamaica, American duo Isiah Young and Mike Rodgers, with Britain’s Harry Aikines-Aryeetey and James Dasaolu also competing.

Croatia’s Sandra Perkovic goes for a sixth consecutive title in the women’s discus but Australia’s Dani Stevens will hope to challenge.

In the men’s equivalent, Sweden’s Daniel Stahl, Jamaica’s Fedrick Dacres and Germany’s Harting brothers, Robert and Christoph will battle it out.

Mariya Lasitskene, the winner of all six qualifying meetings, will aim to maintain her dominance of the women’s high jump.

Meanwhile, on Thursday, the day before (August 31) the main Memorial Van Damme meeting, the shot putters will compete in Brussels’ Grand Place.