The international field for the 2017 New York Marathon marathon is announced. 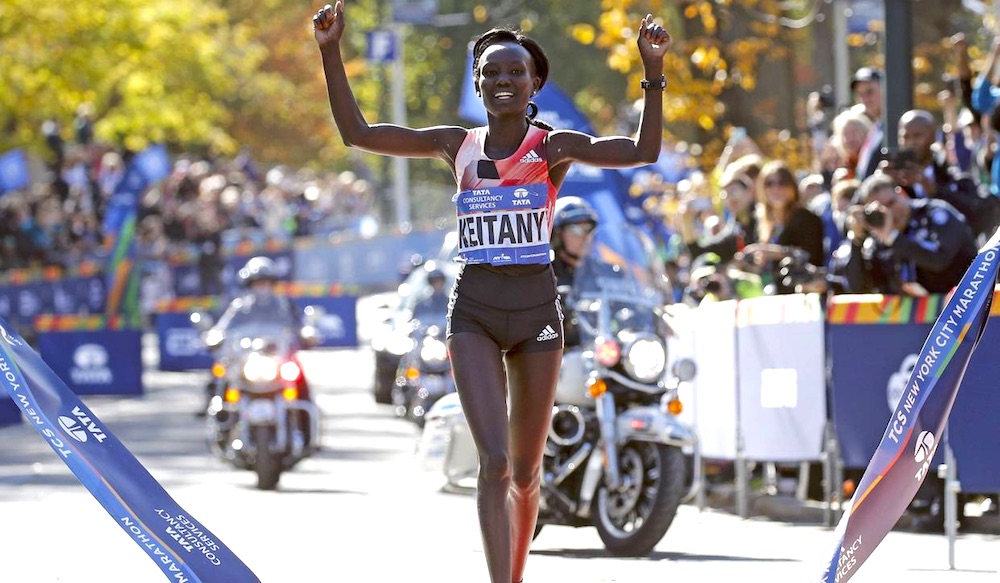 Ghebreslassie, the 21-year-old from Eritrea, became the youngest men’s winner in the history of the New York City Marathon, breaking the tape in 2:07:51 last year. He posted the third-fastest winning time in history and was the first Eritrean winner.

In 2015, he became the youngest winner in World Championships marathon history, and his gold medal was Eritrea’s first ever at the event. He was also fourth in the marathon at Rio 2016 Olympics. At the London Marathon last year he set his personal-best of 2:07:46 for a fourth place finish.

“I’m proud to return to New York to defend my title,” Ghebreslassie said. “The crowds along the course are fresh in my memory, and I will work hard to do well again this year.”

New York Marathon History
The first New York City Marathon, was organised in 1970 by Fred Lebow and Vince Chiappetta, and was ran entirely in Central Park. Of 127 entrants, only 55 men finished; the sole female entrant dropped out due to illness. The entry fee was $1 and the total event budget was $1,000.

Kenyan Keitany, has won the race for the last three years, including a dominating performance last year in which she surged ahead fourteen miles in to finish the course on a solo run in 2:24:26.

Her 3:34 margin of victory was the greatest in the women’s race since 1980, and she became the first able-bodied runner since Grete Waitz to win the event three years in a row.

This year, she won her third career London Marathon in April, breaking the women’s only marathon record in a blistering time of 2:17:01.

They will join the previously announced American field that includes Shalane Flanagan and  Meb Keflezighi, who races his 26th and final career marathon.

Flanagan, who recently received her 2008 Olympic medal upgrade, is the second-fastest U.S. female marathoner of all-time and a four-time Olympian. In 2010, she finished as the runner-up at the New York City Marathon, the best finish by an American woman in 27 years.

“Seven years ago, I started my marathon career on the streets of New York City,” Flanagan said. “It was one of the most thrilling experiences in my career, so I’m beyond excited to be returning this fall to where it all began. New York has always had an abundance of top competition. and I look forward to testing myself against the best in the world once again.”

Back to the men’s international field, it also includes Lemi Berhanu, the 22-year-old from Ethiopia won the Boston Marathon in 2016 and has a personal best of 2:04:33. He has the fastest personal best in the field.

Lelisa Desisa, also from Ethiopia, finished second in New York in 2014 and third in 2015 before failing to finish last year. The two-time Boston Marathon champion owns a personal best of 2:04:45 from the 2013 Dubai Marathon.

Geoffrey Kamworor of Kenya also returns. The 24-year-old was the runner-up in 2015 and is a four-time world champion, twice in cross-country and twice in the half-marathon. His personal-best time of 2:06:12 came from his marathon debut in 2012 when he finished third at the Berlin Marathon.

The women’s field will include Kenyan duo Edna Kiplagat and Betsy Saina. The 37-year old Kiplagat owns titles from the 2010 New York City Marathon, 2014 London Marathon and 2017 Boston Marathon. She is a three-time World Championship medallist, most recently taking silver at the World Championships in London.

Joining them in the field is Ethiopian Tigist Tufa, 30, who finished third and eighth in her two previous New York City Marathon appearances. She won the London Marathon in 2015 and was the runner-up in 2016.