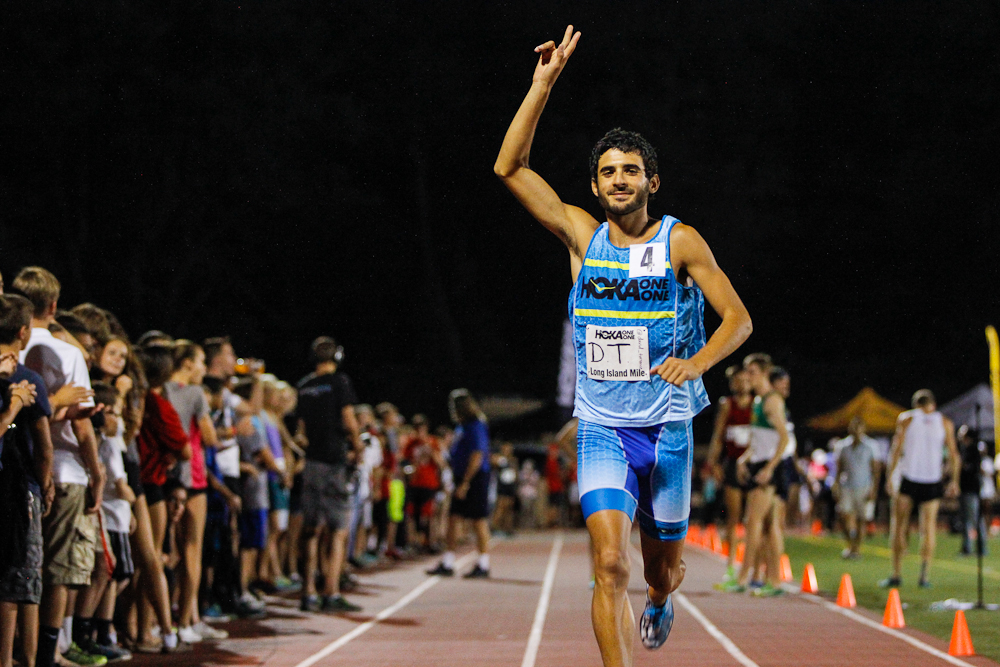 Olympic runner and defending champion David Torrence will be honoured at the third annual Hoka One One Long Island Mile, tonight (Wednesday 6) in New York.

Torrence, who passed away sadly last week, was the two-time mile champion and holds the race record. In remembrance, meet director and close friend Kyle Merber has renamed the elite men’s race the David Torrence Mile.

The 31-year-old, represented Peru at the World Championships in London this summer, after switching allegiances for the Olympics Games in 2016. In 2014, when competing for the USA, Torrence won a silver medal at the World Relay Championships.

In addition to the renaming of the men’s race to the David Torrence Mile, a moment of remembrance will honour Torrence, the trophy will be re-named the Torrence cup, and all Hoka athletes competing in the meet will be running with “DT” on their race bib.

Today we lost an amazing athlete and an even greater friend pic.twitter.com/TDrD0mLkUn

“The Long Island Mile was created with the intent of inspiring our young, local fans and connecting them with the elite athletes of the sport,” said Kyle Merber.

“However, with the passing of David earlier this week this race has transformed into an event with a much larger mission. He was a friend to so many who will be racing on Wednesday and this meet is now an opportunity to remember and celebrate the incredible athlete and person that was David Torrence. Naming the race after him is just one more way to keep his memory and impact alive,” he added.

Looking at the races, ten Olympians are on the start lists at the Hoka One One Long Island Mile, including New Zeland’s two-time Olympic medalist Nick Willis and Great Britain’s Chris O’Hare in the David Torrence Mile, and Irish athlete Ciara Mageean in women’s mile race.

Willis, who 1500m silver at the 2008 Olympics in Beijing, and bronze in Rio 2016, is joined by fellow recent World Championships 1500m finalists Johnny Gregorek Jr. of the USA and Great Britain’s Chris O’Hare.

O’Hare said on Twitter: “No better way than to remember our good friend than doing what he loved most – Racing hard and fast.”

Joining them in the hunt for victory are American Craig Engels,  Meet Director Merber, and Australian Olympian Ryan Gregson.

Irish middle-distance runner Mageean is the fastest amongst the field with a life time best of 4:22.40. The 25-year-old, who clocked her personal best at the Anniversary Games in London in July, will aim to put a disappointing World Championships behind her with a strong performance on the St. Anthony’s High School track.

Australian Hall is the second fastest on the start list, with 4:23.96, also ran in London.

American pair Martinez and Infeld are both World Championships medalists and have every chance of podium spots.

Below you can find the start lists for the men and women’s races, and a free live stream can be found here.