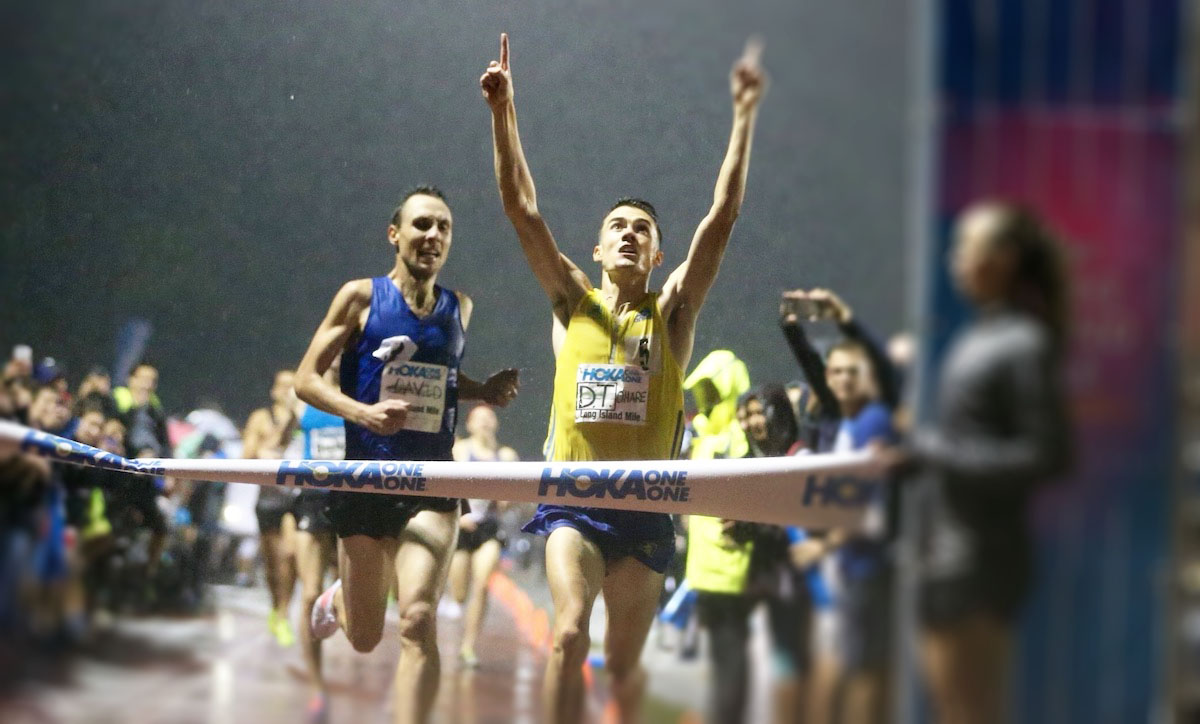 Following the sad passing of David Torrence, who was the defending champion and meet record holder, the men’s race was renamed the David Torrence Mile, with the trophy re-named the Torrence cup.

Before the race, Meet Director and close friend Kyle Merber said: “The passing of David has transformed (this race) into an event with a much larger mission. This meet is an opportunity to remember and celebrate the incredible athlete and person that was David Torrence. Naming the race after him is just one more way to keep his memory and impact alive.”

In a tight contest at St. Anthony’s High School, O’Hare lead early in the race, clocking 2:00 after two laps. With the pacer stepping off the track for the penultimate lap Merber positioned himself at the front of the pack, before 26-year-old O’Hare took charge again at the bell with 400m to go. Despite the efforts of Nick Willis chasing him down the home stretch, O’Hare clinched victory in impressive fashion, posting 3:56.22.

As the rest of the field crossed the finish line they all gathered to share a moment of remembrance for David Torrence.

Following the race, O’Hare said on Twitter: “This one is for you D.T.”

Irish athlete, Ciara Mageean, who had the fastest lifetime best going into the race, finished 10th in 4:35.61.