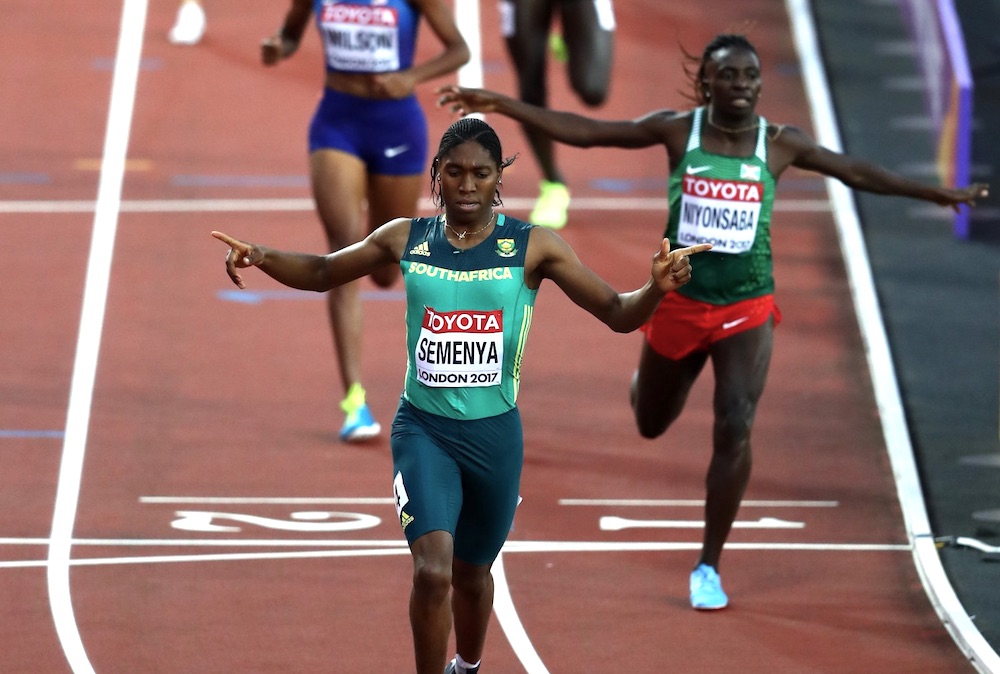 Caster Semenya stormed to her third world title, a personal best, a national record and the eighth fastest 800m of all time on the closing night of the World Championships.

It was a stunning personal best run by Semenya to reclaim a world title she first won in 2009 at the World Championships in Berlin.

The South African star was in fourth place going through the bell, with Burundi’s Francine Niyonsaba, Kenya’s Margaret Nyairera Wambui and Ajee Wilson of the USA attempting to upset one of the most expected gold medals in London.

Wambui was quickly dropped and as the remaining trio took the bend Semenya turned it up another gear powering past Niyonsaba and Wilson to clinch the gold medal in 1:55.16.

Niyonsaba held on for silver in 1:55.92, ahead of Wilson, who took bronze in 1:56.65. While Britain’s Lynsey Sharp finished eighth.

The Olympic and new world champion’s finishing time of 1:55.16 was the fastest in the world this year, a South African national record, a personal best and the eighth fastest 800m of all time – not a bad evening’s work for the 26-year-old.

“I’m lucky to have a great support team who work with me. Full credit to them,”Semenya said.

“Another world title is a fantastic honour for me and I love to do it here in London. The crowd are so welcoming to me and it makes it feel even more special, she added.”

Earlier in the week Semenya finished third in the 1500m, just pipping Britain’s Laura Muir for the bronze medal in her first race over the longer distance at a major championships.